The War on Christmas

The War on Christmas December 19, 2013 Sunweaver 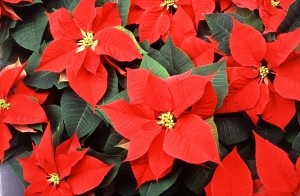 Several excellent authors have already covered the so-called “war on Christmas,” but since the holiday season provides plenty of opportunity for interfaith interaction, I wanted to touch on this subject a little bit here at Wild Garden. I’ve been trying to figure out what, exactly, the “War on Christmas” is. From our house, this is a time of good cheer when we stick a tree in the living room and drink a ridiculous amount of hot cocoa. As I write this, the sun is hitting the tinsel just so and reflecting onto the ceiling. It shimmers as the air from the vent hits it and I can’t help but smile.

Our families are whatchacall “diverse.” On my side, we identify variously as Hellenic, Jewish, Pagan, Agnostic, Atheist, Druid, Baptist, and Deist. My husband’s family are mainly Presbyterian and Catholic. My husband, raised Catholic, is now sort of vaguely theistic. And yet, none of the conflict that has ever arisen between us has been about religion. The holiday season goes about as smoothly as any family’s and I’m looking forward to heading up to the Windy City to visit with Husband’s family (but I’m not looking forward to the weather– I’m a Southern bird to the core). On the level of our family, it’s about as harmonious as you can get with that kind of diversity, so it puzzles me when people make a big deal out of being inclusive.

So where’s the war? What’s the problem? The problem is that when you are the majority and you’re used to everyone doing your thing, it’s hard when it seems like suddenly not everyone is doing your thing anymore. I have a teeny bit of compassion there for that loss, but only a teeny bit. I have a hard time being sympathetic toward those who get their knickers in a twist over someone using inclusive language like “Happy Holidays!” or when I’m sitting in my eldest’s “Winter Celebration” concert listening to Christmas music. It’s not that I mind Christmas music in small doses, some of it is quite lovely, but there’s a time and place for that and a public school concert isn’t it. Even though I’m certain their intention isn’t to exclude their non-Christian students and families, it feels like they’re playing “public school is just for Christians, fa la la la la (etc.).”

All I really want for Solstice is for public spaces like schools and civic buildings to be secular and welcoming to everyone. That’s not a war on Christmas; that’s non-establishment of religion. Christians have plenty of places to celebrate their holiday and plenty of people with whom to share “Merry Christmas” greetings. I want Christians to celebrate Christmas. I like when the celebration of a holiday makes people happy. I just also want my local public schools and government officials to acknowledge the diversity in their districts and keep the religious stuff elsewhere. A pentacle, a statue of Hanuman, and whatever it is the Atheists do are all equally as inappropriate to display on government property as a crèche, but if one expression of religion is allowed, all should be allowed.

Personally, I’m waiting for the day when there are inflatable statues of Dionysos to display. My neighbors have a penguin, which is awesome, but an inflatable Dionysos would pretty much rock the ‘burbs at holiday time. I’d also like Happy Solstice cards for me to think about sending and then not send. The winter themed cards are great and all, but I want ones that say “Happy Solstice!” in glittery letters. I’m a sucker for the glitter. I don’t want the Christmas cards to go away or the inflatable Santas or even the light-up plastic mangers, but all of our tacky cheer should be on private land, not government-owned property.

Between now and December 25th, there are going to be a million tiny interfaith interactions when holiday greetings are exchanged. For my part, I like any greeting of good cheer and may one day get the nerve up to start wishing more people “Happy Solstice.” I’ll imagine that it’s written in silver glitter over a background of snowy trees. For now, I’m going to insist to the husband that we go to Sonic for half-price milkshakes. Happy Solstice, indeed! (This ad makes me ridiculously happy.)

And a happy whatever it is that you celebrate. May your midwinter be merry and may your deity or deities bless you with a prosperous New Year. If you’re traveling, may Hermes bless your mode of transportation. The weather is supposed to get pretty squirrelly in places, so be careful out there.

December 19, 2013 Why Interfaith? Why Now??
Recent Comments
0 | Leave a Comment
"I do not know how I have not seen this article before. Wonderful to read ..."
Donna Donovan Interfaith in Prison
"David - I am not totally sure if you are the same David who said ..."
T B Interfaith as a Pagan: Assumptions
"Wow - powerful story, Sage. Thank you."
Holli Emore Blood Feud
"On the subject of cutting things out of one's life without understanding how they are ..."
Sage Blackthorn Blood Feud
Browse Our Archives
get the latest from
Pagan
Sign up for our newsletter
Related posts from Wild Garden