What is the deal with the word ‘faith’ in interfaith? As a board member of Interfaith W-S, when reaching out to the community, on an individual basis, to ask for a general opinion of how to invite interest among the Nones and Spiritual But Not Religious (SBNR) communities, a lot of the feedback received was that our initiative was going to be a hard one to achieve, as the word ‘faith’ is a part of our name.

Apparently, the second half of the word interfaith raises some serious issue with what I previously felt to be a simpleton’s idea.  But a discussion with a neuroscience professor at an esteemed local university left me with the impression that most of the world holds the commonly held belief (understanding?) that the word faith must imply a religious connotation.  She even went so far as to send me the definition of the word faith. So, per the glorious dictionary, there are two answers for the question, “What is “faith”?

I proposed to her that we as humanity, hold an inherent faith on every single aspect of our lives. We have a subconscious faith that our cars will start in the morning.  We have faith that our hope in an upcoming project will yield great results.  Or quite possibly, will yield highly negative results. It’s all a matter of perspective. Our lifelong traditions and teachings are what lead us to hold these subversive, unaware ideas about things.

Having shared my perspective on faith with my colleague, she declared that I was describing a belief someone might hold. She failed to send me the definition for that particular word, which I now insert here:

Hmm.  So having a belief is to have faith in something or someone.  There seems to be a bit of a loophole happening here. At least both words agree that having trust and confidence in someone or something is a necessary requirement.

At least, per the agreed upon defining words chosen by Merriam-Webster on how to answer the question, “What is Faith?” It might appear that both my colleague and I are right.  Yet somehow, I have a nagging suspicion that we are also both wrong.  Regardless, I maintain my argument that faith, while it may be tied to religious doctrine (I bet when it was a brand new word oh so long ago, religious leaders took the reins and made it be associated with religion) has nothing to do with religion at all. Not God, No-God, Goddesses, gods, what have your particular doctrine of religion, or no-religion. Faith has everything to do with what you feel in your core to be true about … anything.

If we could all just take a step back from the religious dialogue for a moment, to merely reflect on how we feel about everything: each moment of the day, each interaction with another person, animal, or thing; each group activity, or each individual moment we find for ourselves, perhaps then we could experience the faith in that moment, and see that it has nothing to do with our religion. 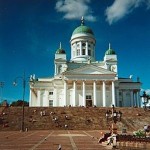 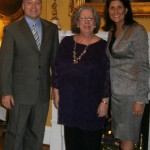