With a tip of the hat to John Beckett over at Under the Ancient Oaks here on the Pagan channel, I thought I’d share three somewhat disconnected things that happened to me recently.

You mean sex is okay?

Recently, an influential teacher in my life retired.  Actually, he had retired last year, but he was the drama teach for my high school and he remained for one more musical production.  To honor him, a whole bunch of us who had been in shows he put together over the last few decades traveled back to our stomping grounds, attended the musical, and then performed as a flash mob on our way up to the stage to present him with some gifts and more than a few hugs.

While this event was not specifically interfaith, it did reconnect me with a bunch of people from high school that I hadn’t had the chance to see for a number of years.  One of whom contacted me afterward about this whole Pagan thing that I’m into.  She’d seen some of my posts on Facebook and evidently Googled her way to some basic information about Paganism but she was fixated on that one line from the Charge of the Goddess: “all acts of love and pleasure.”

Her understanding of what it means to be religious seemed to have been upset to some degree.  Granted, we were chatting via Facebook at the time so it was somewhat hard to fully grasp her emotions, but her words definitely made it clear that since high school she had moved on from her faith primarily because she had premarital sex with her partner and her understanding of that act was one rooted in sin and a betrayal of her upbringing, ideals, and–to some extent–her family.

And that’s a shame.  She’s an atheist now–and we had a long conversation about non-monotheistic thinking as it relates to Paganism–but I could tell that, on some level, she sort of didn’t want to be.  She just couldn’t reconcile the fact that because she had made love to the man that would become her husband with whom she now has two children as a consenting adult during college, that she was some how less clean, less valuable within her religious culture.  Lacking interfaith resources, she just drifted away from religion and, eventually, from theism.

This wasn’t a “Come to Mithras” moment for her; she didn’t suddenly come to terms with her past, her upbringing, and her new knowledge of Paganism and decide to declare her intention to be Pagan henceforth.  But the conversation did illustrate two things to me:

Earlier this month, I attended an interfaith prayer vigil up here in Massachusetts.  We’re having a fairly large upswing in heroin usage and the vigil was specifically to pray for God’s assistance in helping us help both those addicted to the drug but also those whose lives are impacted by it even when not addicted.  I use the capital “G” in that prior sentence on purpose; this was Interfaith-ish in that there were about 6 different forms of Christianity and one Jew who offered prayers.

This is not to say that there’s specifically anything wrong with that.  But, considering there is a large Buddhist temple probably no more than ten miles from the Baptist church at which the vigil took place, it might have been nice to include others.  Granted, I have no way of knowing that an invitation wasn’t made and that things just didn’t work out, but it was still unfortunate that we couldn’t experience something outside the sort of Judeo-Christian milieu that permeates our American culture.

I will say that this was the first event I attended in a while that had a strong Protestant vibe.  My partner is Catholic and attending Mass with her at times has conditioned me to that more staid, ritualistic form of Christianity.  Offering prayers at this service were a Pentecostal and, as I mentioned above, there was a strong Baptist presence that were very different from not just the way my partner practices her Christianity, but even from the way I practice my Paganism! 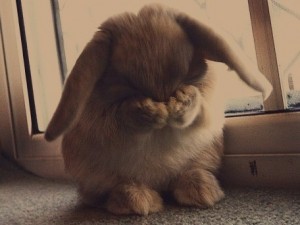 I forgot about Easter

Despite being married to a Catholic, I forgot about Easter this year.  Somehow it just slipped through the cracks and, considering that I don’t practice the holiday and, unfortunately, she had to work (she’s an emergency veterinarian at a 24/7/365 clinic), I guess that doesn’t really matter over much.  But, it made me realize how embedded in American culture Christmas has become, religiously and materially, and Easter just doesn’t seem to have that much weight behind it.  Evidently, presents trump candy in our consciousness!