“We know we all believe in the same god.”

I sighed as a couple of friends around the table caught my eye with a knowing look. The new people at last week’s interfaith meeting were introducing themselves, and their use of this tired, inaccurate aphorism was, no doubt, their way of stating that they were in harmony with all the others present. As often as I refer to plural “gods” or say out loud that we are not all the same, I have come to accept that most people cannot hear that message. They do not mean me any harm; in fact, they are completely unaware that they are effectively erasing my relevance with their denial of our differences.

Tomorrow evening I will facilitate a “living room dialogue” with about 20 interfaith friends representing Christians, Jews, Sikhs, Baha’I, Hindus, Buddhists, myself as Pagan, and Muslims. Since my Hindu friends most often emphasize their monistic tendencies, that leaves me as the only one in the room who is polytheistic in actual practice. I’ve chosen some basic articles (one of them by our Pagan friend Don Frew) and asked people to read them prior to the meeting. If you are interested, look here under the heading “Skill Sets.”

But I don’t plan to talk about the articles. I plan to lead the group through some listening and responding exercises. I want to see if we can begin to really accept that others we care about have ideas that are essentially and completely different from our own. One of our article authors, Thomas Bonacci, points out that “our commitments are just that, our commitments, and not the commitments of others.” He describes how interfaith activities allow us to get to know each other as individuals, not just, e.g., “the Buddhist woman,” or “the person from the Catholic diocese.” In my group we have done a good job of that, in my opinion, building deep friendships, or where we find that we just don’t like someone, at least learning how to respectfully cooperate with them to achieve our group aims.

But I hope this time to push us to a new level. Holding two (apparently) opposing views in mind at the same time is not a skill most people ever develop. When they do, they are often accused of being too wishy-washy, “new agey,” or “liberal-minded.” In my opinion, the loss of this skill is part of what has turned contemporary politics into such an ineffectual quagmire. When we cannot hold the possibility that there is something to be gained through an idea with which we disagree, we shut out a world of information.

Still, I agree that it is hard work. I deeply care for an old friend who loves guns. I have tried to let our heart-connection keep my mind open to what I may learn from him, even though we sharply disagree about the gun thing. One of my friends is the top “pro-life” activist in this state. We don’t talk about reproductive choice, but we do talk a lot about women, justice, the inadequacies of the system, and, yes, Brigid, to whom she feels a special connection. If either of us allowed our differing positions on abortion to divide us, each of us would be deprived of a treasure-house of friendship and wisdom.  It would be easier to just hang with people “like me,” but who are those people?

Don Frew has said, “Respect for our differences is our common ground.” The truth is that even within what may seem to be a homogeneous group (Christianity, for example) you will not find two people who think the same thing about any subject at all. We know that about Pagans, but often forget that other religions, similarly, are not monoliths. The one thing we all have in common is that we are all different. Wish me luck guiding the discussion tomorrow night! 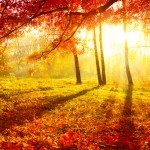 October 17, 2014 Hatred is the Poison of the Soul
Recent Comments
0 | Leave a Comment
Browse Our Archives
Follow Us!