What’s Compassion Got to Do With It? 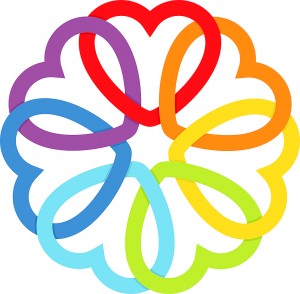 In a few hours I’ll be on a panel for the annual meeting of Interfaith Partners of S.C.  Each faith represented is supposed to share what they have been up to in terms of expressing compassion.  For months I have wondered how to approach this task.  The following are the remarks I will make when it’s my turn; I’d love to hear your responses, or even suggestions for the future.

For followers of one of the earth-based spiritual paths which are collectively referred to as Paganism, articulating a moral code requires earnest reflection and personal discernment.  Unlike religions “of the book,” the paths of Paganism are not based on the writings in a sacred text.  Even when written traces of ancient religions are available, such as Norse, Egyptian or Sumerian writings, the modern Pagan is compelled to carefully examine her motives and understanding of the cosmos in order to arrive at a code of conduct for life.

So, when I first approached the leadership of Cherry Hill Seminary about our becoming an educational partner for the Charter For Compassion, some immediately embraced the idea as a natural fit for a seminary, while others were skeptical of why we should be affiliated with something they perceived as just another way of being absorbed by the dominant religious culture and losing our identity.

This began an exciting internal discussion about our Pagan roots – just where do we derive our ideas about compassion and caring for others?  Just because we don’t have a version of the Golden Rule, don’t we have our own basis for teaching and acting out compassion?

The response has been the formation of a student-led task force to research and discuss our own sources.  The Compassion Project task force has first reviewed the many sacred stories from around the world which suggest compassion, from the Greeks to the Inuits to the Celts and Egyptians and Yorubans and many more indigenous peoples around the world.

We have next looked at the writings of contemporary Pagan philosophers.  For example, Emma Restall Orr reminds us that we are an interconnected web of consciousness, so how we treat others is quite literally how we treat ourselves.  She cites English moral philosopher Mary Midgley in noting that values such as justice, integrity and compassion, are universal, but variously expressed in different cultures. As a multi-cultural religion, Pagan responses of compassion must be flexible enough to allow for this varying expression.

At this time the Compassion Project task force is still working, but plans to publish online this winter a powerpoint presentation called Pagan Sources of Compassion.  Although we are based on ancient and even prehistoric sacred sources, we are also what scholars call a New Religious Movement.  Given the unique role of Cherry Hill Seminary as perhaps the only Pagan seminary in the world, we know that when we make this presentation available on our web site and social media, we will be sharing it with thousands of people, many of them more or less isolated from a local religious community.  (Temple Osireion, locally, will also begin a planning process in January to map out our community service strategies for the coming year.)

Thousands of Pagans are already actively involved in a multitude of compassionate causes, from soup kitchens to peace efforts to homeless sheltering, volunteering for disasters, in prisons and at shelters for abused women.  We believe the Compassion Project will benefit the wider Pagan world by clarifying and articulating the roots of Pagan compassion as distinct from and also similar to the larger religions around us.  In doing so, we believe that we will further the cause of compassion in all of our communities. 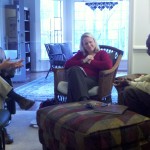 A Witch At Home - 13...
A Modern Traditional Witch
Related posts from Wild Garden

Survive Now, Thrive Later: Meditations With Hekate On...
This is neither an easy post to write, nor will it be...
view all Pagan blogs
What Are Your Thoughts?leave a comment
Copyright 2008-2020, Patheos. All rights reserved.