To Those Who Say Interfaith is a Waste of Time

When I hear many people talk about “interfaith” work it seems that their understanding of the topic is confined to the idea that it involves trying to teach each other about our different religious beliefs in hopes that we can convince each other that we aren’t strange and scary. It is this limited understanding which, I believe, leads to the sort of comments I frequently hear from Pagans and others that interfaith work is a waste of time and effort since we will never change peoples’ opinions of the validity of another’s religion through talk. Well if that were all that interfaith is I would probably agree with the nay-sayers in our spiritual communities.

The fact is that, while such discussions of religious differences and similarities are an integral part of interfaith work, they are not the most important part of building acceptance and understanding across religious barriers.

The idea behind interfaith work is just that, it is work. It is the idea that those of faith can work together towards the betterment of the communities in which we live and beyond those communities to our various states and to our nation. To do this we engage in programs of civic outreach and social justice that benefit everyone, not just those of one faith or another.

As an example of the sorts of activities that an interfaith group might engage in let me speak a bit about the Interfaith Mission Service here in Huntsville. My husband and I have been part of this group since we moved here in 2011. The IMS is composed of Christians of many denominations, Muslims, Hindus, Jews, B’hai, and even several Pagans. It is the aim of the IMS to engage in programs of social justice to make Huntsville a better community for all of its citizens.

As examples of the sorts of work that IMS members are currently engaged in let me mention a few current programs that are supported and endorsed by the IMS.

One program that is currently at the forefront of activity here is the Etowah Visitation Project. Etowah is a Federal prison facility here in Alabama where illegal immigrants are “detained” until their status can be determined. Since many of these immigrants initially fled here because they risked death in their home countries they do not wish to be deported. So they remain in detention with no end to their incarceration in sight. They are not permitted face-to-face visition even by family members and most were moved here from other states so that this isolation from their support systems would not be available. The Visitation Project sends volunteers to talk to these men, bring them goody bags, and generally let them know they have not been forgotten.

A number of our members are also working on a committee which hopes to re-write the Alabama constitution. The current constitution is out-dated and is based in the previous efforts to deny equality to those of other races. People at the grass roots are now speaking out to the government of Alabama and saying “no more!”

This month we are hosting a seminar on human trafficking. Were you even aware that slavery continues around the world and even here in the US? In the 21st century millions of people are still held as slaves. The entire idea is appalling. Yet without recognition of the problem nothing can be done to fix it.

Past programs hosted by the Interfaith Mission Service and in which members of the IMS were engaged in service included one on the issue of youth crime in our community, providing transportation and medical care to the homeless, speaking out to the Mayor and City Council members on ideas to improve the City of Huntsville in the future, and running the yearly Hometown Pilgrimage to encourage people to visit houses of worship here in Huntsville and learn more about the varied faiths in our community.

This is the sort of work that interfaith is all about. It’s not just sitting and talking. It’s working together, side by side, to make our communities a better place to live for all of us. This sort of work doesn’t even require that we know the religion of the person working next to us. It means setting religious differences aside in the need to do vitally important work that benefits us all.

So the next time you are tempted to say that interfaith work is “unimportant” or a “waste of time” take a look at what your interfaith groups are actually doing. Get involved. It’s important now and in the future if we are to have any hope of having a more accepting and better community and nation to pass on to our children. 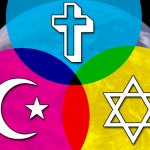 February 10, 2015
Interfaith as a Pagan: an Introduction
Next Post 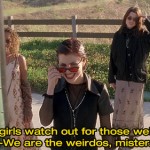