This is Real Interfaith

This is Real Interfaith March 30, 2015 Sunweaver

I must admit that I really like talking about Paganisms and I find other religions interesting, even if they’re quite different from my own. This month’s meeting was essentially a trad-share. It’s been a while since we did something like that, so we went around and shared our practices and beliefs and answered questions. Our speakers included one of the ladies Muslim Tasneem, Quaker Bonnie, Agnostic Sara, a Baha’i Marilyn, and me. Even though we’ve been together as a group for several years, I learned quite a bit about each person’s practice during this informal discussion.There were more excellent questions than we each had time to answer and I feel like we all left the meeting more connected as a group.

I talked about Paganisms and gave the broadest overview I could in a very few minutes about what kinds of beliefs and practices might be included under our Big Tent. I touched very very briefly on a number of different theologies and mythologies, which was really confusing because it is very complicated and diverse. I explained the difference between a Wiccan and a witch, what magic(k) is, and I wish I’d had time to speak about my own particular tradition. Maybe next time.

Tasneem gave a brief overview of Islam and brought up the six stages of life, which was very interesting, and we had an excellent discussion on the afterlife and Heaven and Hell and what that’s supposed to be like. (Short answer: Nobody really knows.) She used a metaphor that likened resurrection to flowers and plants returning to life in the spring.

Agnostic Sara talked about the difference between agnostics, atheists, and anti-theists and where her drive to be an ethical person comes from.

We also got a brief history of Baha’i and I’d forgotten that they claim an Abrahamic lineage as well. Come to think of it, everyone seems to forget about them at the Abrahamic interfaith parties. It’s okay, Marilyn, we don’t get invited to those, either. She spoke about inclusiveness, unity, and respect for others no matter what their religion or ethnicity. She connected with the Muslim ladies through some of her practices that are similar to Islam in some ways. They both say “God is great,” though the actual spoken words differ a little bit.

Quaker Bonnie spoke on what it is that Quakers do. Quakers sit. They sit together and in silence. They also speak out against war and violence, but mostly they sit and listen to what the Divine has to say. Several of our number found this a little confusing because it’s really simple. There are no programs, no readings, no clergy, just sitting quietly with the Divine. I feel like it’s not super complicated, but that there is great potential for very deep practice.

Tasneem put it this way, “This is real interfaith.” Where other groups are variations on a monotheistic theme, we get into the interesting stuff. In order to do this, we know that it’s of the utmost importance to cultivate an environment that encourages curiosity and a safe space to simply be who and what you are without judgment or fear. We’re allowed to disagree, we’re allowed to be curious, we’re allowed to have opinions, and we don’t have to be the same. We come together because we are different and we depart from each other strengthened with knowledge and a very real sense of community. Even though most of these ladies may not have a full understanding of my particular theology or practice, that’s okay. Even if all they leave with is “My friend Jess is Pagan and she seems like an alright person,” that’s awesome! Agnostic Sara talked about helping your actual neighbor because it’s the right thing to do and that is one of the fundamental places where we connect as a group. We do that better when everyone can join in and when there are no conditions to those receiving help.

My second favorite thing about interfaith work is when the ladies from the Islamic Center are in charge of the food. I have a terrible weakness for baklava.

On Monday, April 6 from 8:10-9:00AM Central, we are going on “Action Line with Bart Walker” on WGNS to talk about Women of Faith. You can listen live here and there may be audio available after the fact. I will edit with a link if that is so. Frankly, guys, I’m scared, but it’s the kind of scared that’s telling me I need to do this. Being this public about my religion scares the crap out of me and that’s why I do it: so the person after me doesn’t have to be so afraid.

EDIT: The audio for our discussion is now available. Here is the link to the story. 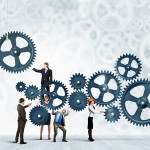 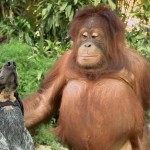 April 12, 2015 Golly What A Day
Recent Comments
0 | Leave a Comment
"I do not know how I have not seen this article before. Wonderful to read ..."
Donna Donovan Interfaith in Prison
"David - I am not totally sure if you are the same David who said ..."
T B Interfaith as a Pagan: Assumptions
"Wow - powerful story, Sage. Thank you."
Holli Emore Blood Feud
"On the subject of cutting things out of one's life without understanding how they are ..."
Sage Blackthorn Blood Feud
Browse Our Archives
get the latest from
Pagan
Sign up for our newsletter
POPULAR AT PATHEOS Pagan
1