Surrender as a Magical Practice

Surrender was not a word that was part of my regular vocabulary. Instead, in the words of the movie Galaxy Quest, the motto of “Never give up! Never surrender!” was my go-to mantra most of the time. Me? Surrender? That word equated to giving up, giving in, and just not humanly possible for me.

Now, in a life that is overlaid with the tapestry of a pandemic that has gone on for months, I have become weary. Every day, if not every week, it feels as if we are standing on the edge of the beach, watching the waves pound down around us relentlessly. “I still won’t surrender!” sounds fainter and fainter in my inner landscape.

I am not giving up, nor am I giving in. I have instead found another way. A way that is not new or novel, something that the wisest among us probably practice so often that they don’t even think about it: Surrender. Surrender as a magical practice. Instead of energy constantly going outward, towards what I want to achieve, experience, and do, the energy floats gracefully skyward, around me, and is more connected to me than before.

The thought was terrifying to me. Surrender? The unknown? Let life buffet me about? Yet, my weariness resulted in me loosening the reins of my control, bit by bit. One morning I sat in front of my altar, as I have so many times before, and continue to do. I’d been hit with personal losses, sadness, apathy, all the colors of the rainbow that is life in a pandemic. I sat there, feeling defeated. “Let go of the roller coaster”, I heard. Now, I say this phrase often, usually to myself or others who are a bit too fond of controlling things, people and events in their lives. What happens when you let go of the roller coaster? Delicious fear, anticipation, and exhilaration, right? And then what happens? We enjoy the ride, and arrive at our destination.

So I let go. I made room for what could be, and gave up all control of my coming days. It wasn’t a complete free-for-all, but the first thing I noticed in letting go of what I was holding on to so tightly was that there was a huge physical release. My shoulders had been tense, my breathing shallow, and I know I wasn’t drinking nearly enough water. The literal weight of my world fell off my shoulders. What did I do next? Below are a few next steps that I took:

Gratitude First thing I did was to write a list of gratitude. My life, which seemed so awful for a few minutes, was suddenly adjusted after I wrote my list up, and I could see it much more clearly. Lots to be thankful for, from the mundane to the magical and the minute. I didn’t get up from that list until it was lengthy, and it didn’t take long at all. Gratitude puts me in a positive mind frame, so then I moved onto…

Centering and Grounding The pandemic has a way of constantly bringing you back to center. That is one of its gifts. There is no choice, as you can’t really plan much for anything, as events get canceled, and it feels like there is no sense in really trying to do more than dream of a pandemic-free life. Ultimtaely, it felt much easier for me to go with the flow. And that’s what it felt like, being in the flow of life, as if I was drifting along a lovely flowing current or under a soothing waterfall. That felt way better than the hunched over, clenched muscled, tense me I’d been carting around. Sure, I do ground myself every day, but I have learned there can never be enough grounding, honestly. I really took time to get grounded, and made note to move with intention. That ended all the mindless scurrying I’d been doing, and life felt much more at ease.

Perspective Ask yourself this question: what did you think life was going to be like six months ago? A year ago? A few weeks ago? Nothing may have gone to plan, but other wondrous things took its place. Back in January (which seems like a century ago now), I had plans that haven’t come to fruition. Not sure they ever will now.  I released worrying about it. In its place now? Amazing things. Deepening relationships, more time and space for things and activities I enjoy, more learning, more stretching of my relationship muscles, and much, much more appreciation for life. I have returned to long forgotten dreams and hopes, and find that now was the best time for them to appear. I’ve adjusted expectations for what’s ahead, and am grateful for the present.

Magical Practice My magical practice deepened. Instead of feeling like I had to squeeze in time at my altar, or for rituals, I now planned, took more notice and had richer experiences with both. More time at my altar is never a bad thing, and my relationships with my deities deepened. I leaned into trusting them more, and feeling that sureness of knowing they have my back. What I like to call stepping stones appeared, with new pathways and possibilities.

Release  I let go of being hard on myself. I had days where I doubted what I was doing, questioned everything I thought I wanted, and spent hours in apathetic lethargy. I didn’t beat myself up about it. Instead, I just got up and started over the next day. My body relaxed so that I could lean into my feelings and emotions, and I learned a few new things about myself. I allowed myself to be vulnerable, and I survived. Vulnerability, like surrender was not a frequent word in my vocabulary. I asked for help more when I needed it, and was so appreciative of the help I did receive, from family, friends and deities. Crying is also a good release, and I had plenty of that in my days (another reminder to stay hydrated for that very reason).

So, what did I learn? I can say this with certainty: surrendering is some of the most powerful magic I’ve experienced. When I let go of the illusion of control I had, a different world opened up. It went way beyond y usual methods of manifesting and attracting.  It was a deeply felt sureness and contentment, and life felt smoother and a bit easier. Do I still struggle with it? I sure do. My old habits rear up, but I remember what it felt like to feel at peace, flowing, and sure about next steps. It’s a feeling I want to return to often. It’s been fascinating to not flinch at the word “surrender” and instead feel like it’s a powerful part of my magical arsenal. Give it a try and let me know how it works for you!

August 10, 2020
Spiraling Inward: Lammas to Samhain During a Pandemic
Next Post 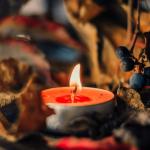 September 6, 2020 Mabon Ritual: Finding Balance In An Unbalanced World
Recent Comments
0 | Leave a Comment
"Mabon is my favourite holiday. So excited it's now September. I just wish August wasn't ..."
Nekoshema Spiraling Inward: Prepare Now
"How sad this article is from a year ago."
mortonbeck Beltane For One
"Two things have helped me immeasurably in learning to let go, to stop grasping, to ..."
John Surrender as a Magical Practice
"I think that it would be much more challenging to be a Witch or Pagan ..."
Pitch313 A Day in the Life of ..."
Browse Our Archives
get the latest updates from
Witch, Indeed
and the Patheos
Pagan
Channel
POPULAR AT PATHEOS Pagan
1

Building For A Future We Won’t...
John Beckett
Related posts from Witch, Indeed 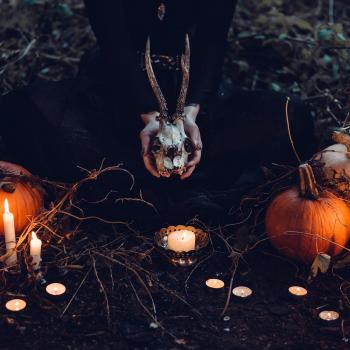 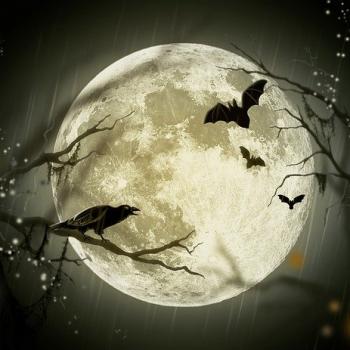 Pagan
31 More Things To Do Between Now and...
Witch, Indeed 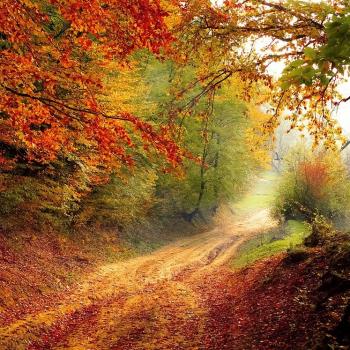 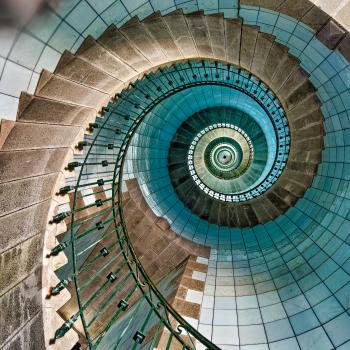