Tis the season of the witch and for all things that scurry and dwell behind the veil, definitely my time of year. All Hallows’ Eve or Samhain, a time known when the veil between our world and the spirit world dissolves into one, so a perfect time it be to test that…

I’ve been blissfully secluded and busy in these woods, and have rarely gone out of late. When October arrived and the Dark Super Moon with it, I decided upon a haunted road trip.

Two summers ago I came of a mind to do these haunted trips at somewhat nearby haunted locations. At that time we decided to check out an old known to be haunted mansion named Summerwind..

The Summerwind mansion appears often when searching for haunted places in Wisconsin. The ghost stories surrounding Summerwind are only of legend, but steeped within folklore here. The mansion was built in 1916, and carries the tales of disembodied spirits and voices, eerie organ music, corpses found hidden behind the walls and cold gusts of wind within its halls.

Although by the time I chose to visit, the mansion sadly had been torn down. I decided to check out the land and see just the same. When we arrived on the road we had to carry on by foot to reach where the mansion had been located. It turned out in the end to be a rather interesting experience. As we walked to the property I stepped another step or two and received a major jolt, like I had been startled. High vibrational energy, then 3,2,1, and my phone says “you have reached your destination.” Just a tweaked up feeling of energy, and as I walked around the property flashes of pictures to fast for me to actually see. None the less I found the experience fascinating.

I wanted to take advantage of the Super New Moon and go somewhere known for it’s psychic energy. So I gathered a few near and dear ones and traveled to Plainfield Wisconsin to see some of the sights of Ed Gein. 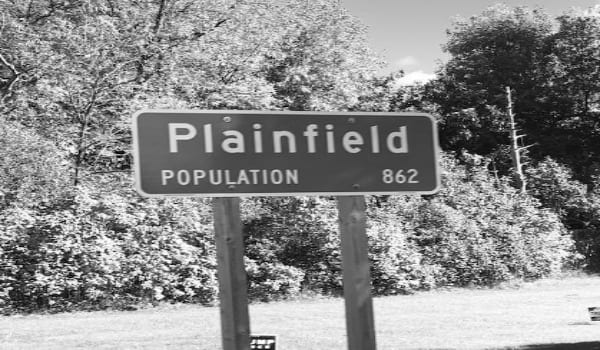 Edward Theodore Gein, also known in folklore as the Butcher of Plainfield or the Plainfield Ghoul, was as most of us know a notorious murderer and corpse snatcher back in 1950’s. Gein and his crimes have been the inspiration for some of the most iconic horror movies of all time.

It’s been said that in Plainfield the local folks had whispered and gossiped about Ed Gein for a long time. There where stories going around town, such as those of shrunken heads that looked real. All and all though folks just shrugged it off and thought Ed a strange, but harmless oddball. It wasn’t until hardware store owner Bernice Worden disappeared that anyone began to know of the wickedness going on at the Gein farm.

Gein had exhumed 9 corpses, and made things from their bodies. It is said among Gein’s possessions found were decapitated heads, lampshades and bowls made of skin, noses, masks made of skin, and lips used as a pull on a window shade…

The story interested me for a couple reasons. First being I was interested in seeing what kind of vibrational energies could be experienced in such dark environments. And as I make some traditional recipes, one being a Dark Arts incense that calls for the dirt from a murderer, who better?

Coming here now was perfect, not only for the moon aspect, but for the feeling in the air. As it was within the season when the police discovered what was going on, and then made the arrest of Gein.

Next on the tour was the graveyard, the old metal Plainfield Cemetery sign seen in pictures overhead the entrance being replaced with a more practical one instead.

Ed Gein is laid to rest between his mother and brother, the dirt area being where his headstone would be. Due to his popularity his gravestone now resides in a museum near Waushara county. I visit and work with energies often in graveyards, but I always respect where I am and those who resides there. Making sure to take care, leaving the grave sites and property as I found them. I make offerings of libations, usually seasonal meads that I brew, valerian, (an herbal substitute for graveyard dirt) and of course a branch from the yew. The yew is considered sacred, symbolizing death and resurrection. Its poisonous nature adding to these connections. It was often planted in graveyards because the roots were believed to grow through the eyes of the dead to hold them in place. So offerings left for the dirt or moss taken. 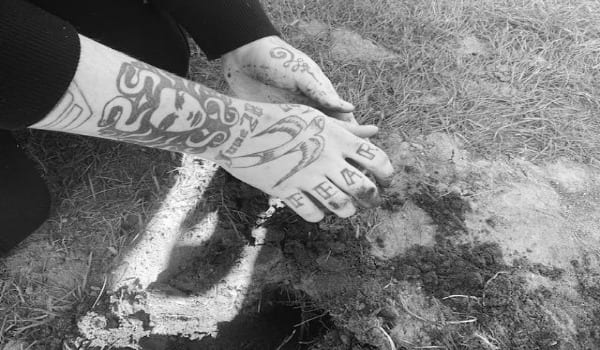 Here I could sense a dull deep down inside me vibration, visions of earth and rot.

The trip to the Gein property brought a sense of the desolation surrounding the farm, only adding to the cold and eerie sky.

You could see how out of the mainstream and isolated he truly was out there. When I walked around the property I brought out my black moonstones to connect with the darkness and the moon, but it was completely different from when I was at Summerwind. No high vibrations of any kind. It was similar to the grave site only amplified. I noticed a scent of earth, and the sense of darkness and decay. Although I didn’t process it at the time, later in meditation I understood in greater detail what was being revealed. All in all both haunted places where worth the trip to experience, although I think Ed Geins was a greater unveiling into what darkness truly is….

About Raven Wood
Tis the season of the witch and for all things that scurry and dwell behind the veil. All Hallows’ Eve or Samhain, a time known when the veil between our world and the spirit world dissolves into one, is the perfect time for a road trip. You can read more about the author here.
Previous Post 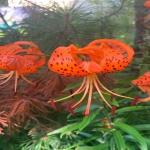 August 22, 2020
Summer Endings In a Witches Wood
Next Post

November 24, 2020 Have A Magickal Thanksgiving
Recent Comments
0 | Leave a Comment
Browse Our Archives
get the latest from
Witch of The Wood with Raven Wood
Sign up for our newsletter
POPULAR AT PATHEOS Pagan
1

Based on True Fiction: Chaos Magic...
Fivefold Law
Related posts from Witch of The Wood with Raven Wood