Lots of folks enter into Witchcraft through the door marked “spell work.” Need is both a universally human thing and a highly motivational thing. Necessity is the mother of invention, as they say, and when you hold a dire need that seems impossible, average folks become willing to venture into the unknown for what they think of as supernatural assistance. Superstition becomes a problematic part of this equation.

Just about anyone can “do a spell” and follow the directions in a technical manual to relative success. That tends to be the hook; you do the thing, it works crazy fast, JUST LIKE MAGIC, and suddenly you don’t think this Witchcraft thing sounds so farfetched anymore. Hello line, hello sinker.

Newcomers to the Craft may be approaching spell workings from a superstitious perspective; unfortunately, some folks never grow beyond that phase. They don’t yet know WHY these things are done, just “that’s just how granny always did it,” or “that’s what the spell book told me to do.” If they stop there and never pursue the academic understanding part, the occult lore behind the spell can be lost, and it is reduced to dogma.

Everyone works magick on some level when they make a wish and blow out the birthday candles, or pray for some change in their lives and it comes to pass. However, a magus knows WHY these techniques work; they have both the knowledge of what to do and a relationship with the ingredients. Magi can back up their magick to write their OWN technical manual, improve it, engineer an even more kick-ass Spell 2.0. They are artists who climb out of the traditional box, and enhance both their life and the Craft effectively.

You should know, dear reader, I make no room in my witchcraft for superstition and I hope you won’t either. Either know why it works, what quality the ingredient can and should bring to the work, or don’t do it. Much of spell work is a kind of theater of poetry, but if you don’t know what the metaphors mean, you cannot enact them accurately. Not that we can’t hold some “faith” in what is currently ineffable, but the difference between “magick” and “superstition” is fear and ignorance, both binding of our power.  Consider this definition from Merriam-Webster Dictionary:

Superstition: noun
•    a belief or way of behaving that is based on fear of the unknown and faith in magic or luck.
•    a belief or practice resulting from ignorance, fear of the unknown, trust in magic or chance, or a false conception of causation.
•    an irrational abject attitude of mind toward the supernatural, nature, or God resulting from superstition.
•    a notion maintained despite evidence to the contrary.

I know full well that there are whole systems of magick designed to draw on fear and utilize coercion of the “supernatural,” but this definition doesn’t describe my practice at all. I understand the causation at play, I am not afraid, I know things, and I hold no concept of  the Supernatural, because nothing can be outside of nature when you are a panentheist. Moreover, I have a lifetime of evidence in my support.

My magick might involve the unseen dimensions and a non-incarnate being or two, but these are places I’ve been, beings I know, and I have a damned good idea why it works.  If the spell I’m doing isn’t empowering me, and freeing me from fear, ignorance and an “irrational abject attitude,” why would I bother to do it? Mama Heron don’t mess about.

The thing I LOVE about exploring old folk magick techniques, like the Southern Conjure Money Pot Spell I just posted, is that even though this recipe Granny taught us has been done for generations in a quaint way, we can put it under any occult microscope today, and the spell still makes sense from any angle. Egregores of cultural power and faith aside, I think this is mostly why they work; they utilize the universal mechanics that transcend any one particular culture. That is the sweet spot where I like to anchor my practice.

It is my personal belief that “real” witchcraft, that is effective and beneficial for the future, will teach the caster that *they* are the conduit of power that is affecting change in alignment with nature–NOT some “supernatural” force outside of themselves, and NOT because they followed someone elses instructions like a robot. They aren’t merely adrift in a chaotic universe, tossed about with no say in their fate, and need a savior.

A magus becomes the organizing force, and within the spell working, serves as a “coach” who is the expert, has experience, and comes in like a boss to kick some ass. The coach has a strategy–an overarching plan to play the long-game and win–and collects “players” of spell ingredients and spiritual allies based on a sure knowledge of what strengths they bring to the team, then they engender a mutual respect between them.

You see, I don’t endorse the forms of magick that are like a drill-sergeant you hate, or the asshole coach that just command-mode orders everyone around like a tyrant through manipulation and an overriding of free-will; that magus may be powerful, but at what cost? They should have plenty to be afraid of, which sounds exhausting to me.

Love versus Fear of a Lack of Love

A Witch is a kind of magus who inspires and unifies the individual spirits within a spell-working to a common purpose like a well-oiled machine that is fueled by love. That spell-caster is the beloved coach who has nothing to fear because their team would go to any length, any risk, and tackle any obstacle, to win the battle before them. Their leadership through loyalty makes them the scariest thing on the field, bar none. They lead through service, and serve through leadership, and like any good leader, the sacrifices they offer are given from love. Love is the most powerful force in the ‘verse, my friends.

Mind you, Aphrodite is my Goddess, so I will declare that bias up front. The path of witchcraft I’m walking teaches that Love is everything, so the polar opposite of Love is the Void, and the fear-of-a-lack-of-love that emerges from that void. What I consider to be “Modern Witchcraft” is founded on a paradigm of Love vs. Fear, with the entire point of the praxis being to conquer our fears and become agents of that Divine Love in co-creative partnership; not superstitious, fear-bound automatons, nor asshole tyrants.

This theme of victorious love over the forces of fear is played out in all the best stories, whether it be historical facts or works of fiction; Harry Potter, Star Wars, Lord of the Rings, Star Trek, World War 2, the American Revolution. You name the story, the bottom line is that loyalty within a team of simple players, whose love for their friends, sovereignty and their home, is so great it can take down any army of darkness, regardless of what terrors it wields.

THAT is the Witchcraft I endorse; THAT is the magick I practice and teach so that it is cultivated for the future; THAT is the story in which I’d like to play the hero. 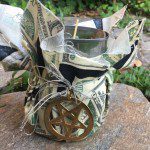 August 2, 2016
"Money Pot" Spell for the Harvest Season
Next Post 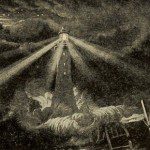 August 12, 2016 Four Rules of Witchcraft for Personal Sovereignty
Recent Comments
0 | Leave a Comment
"Stand firm, Heron! Running a business is hard. You have such wisdom! My father, who ..."
Lazaris Procrustes Beware the Witch’s Curse of Love ..."
"Professor Rashid Zia is elected Vice President of the Pakistan Society of Otolaryngology, Ear, Nose ..."
Hania Ahmad Crafting a Beltane Maypole with Help ..."
"It is allowed to be completely honest? Such unattractive faces?This is not the case in ..."
Carmìne Dalle What I learned from Gerald Gardner ..."
"So, it's been proven that the Masonic dates listed in Heselton's books on Gardner correspond ..."
mptp What I learned from Gerald Gardner ..."
Browse Our Archives
get the latest updates from
Witch on Fire
and the Patheos
Pagan
Channel
POPULAR AT PATHEOS Pagan
1

The 20 Best Books On The...
For Puck’s Sake
Related posts from Witch on Fire