[This series began with The Pentacle Approach to Wellness in Dark Times, and offers a magickal approach to creating a harmonic balance between the physical, mental, will, emotional, and spiritual bodies. This concept is symbolized by the Pentacle, an encircled five-pointed star.]

The Hermetic Principle of Mentalism states: “The All is mind; the Universe is Mental.” The entire universe functions like a big mind, and everything within it is a thought–a dream within that Mind. The mind of whom, you might ask? Good question.

Magickal folks also tend to believe that the entire Universe is sacred; the whole kit and kaboodle is a Divine entity. Naming that biggest idea of divinity is tricky: THE ALL, Great Spirit, Original Source, Prime Vibration, God/dess, Ohm?

Panentheism, describes this concept.  Panentheism = immanent + transcendent Divinity. Meaning, Divinity is immanent within every particle of matter and every wave of energy and every being (its body) AND Divinity also has as an overarching, transcendent consciousness (its mind.) There is a synergistic effect wherein the sum is greater than the whole of its parts.

So, we can refer to the transcendent consciousness of The ALL, as “The Divine Mind.”

The Divine Mind thinks itself into being: dreams of galaxies, black holes, stars, solar systems, and ecosystems; dreams of bees seeking nectar, and the way that roots hold the soil, and flowers lean into sunbeams; dreams of electrons spinning, of molecules bonding; dreams of Gods, Goddesses and heroes, of villains and monsters. Dreams of beauty and nightmares of destruction are all held within the infinite possibility that is Divine Mind. They are thoughts, affected by thought, the effects of thoughts–your thoughts; “The Universe is Mental.”

That makes us human beings manifest Gods, by the way…We are a Divine Thought, too…and we are thinking with our own Divine Mind. The special thing about us humans is that we also have an overarching consciousness. “I think, therefore: I am.” (1)

We are aware of our own existence, through our thoughts (mental), feelings (emotional), and sensations (physical,) and we have the sentience to integrate all this information (Spirit) and respond with purpose and power (Will), because we KNOW who we are in the grander scheme of things. We know we are both the dreamer and the dream. From Macrocosm to microcosm, the Universe is a mental construct within Divine Mind; we think within the Divine Mind; our thoughts create reality.

As Lon Milo Duquette said in the title of his book, Low Magick, “It’s all in your head. You just have no idea how big your head is.”

Air is primarily considered to express masculine attributes and is associated with the mental body. The projective power of air is To Know. This is the active quality of gathering information, and drawing a conclusion, so that you have a concise objective on which to act.

When we refer to the Pyramid of Power as a system of magick, folks usually begin in the corner of air: to know.  I often joke that “the first step in any 12-step program” is TO KNOW what your problem is–and so it is with the magick of personal transformation. People who get stuck on whatever it is they think they know, and are too rigid and fearful to even consider an alternate possibility, fall prey to orthodoxy and fundamentalism that is anathema to everything a witch represents.

The true power of Air comes from it’s receptive power: To Wonder. In our yin/yang analogy mentioned previously, this spot of the other side of the polarity is the key-hole to unlocking true mental power and balance. Wonderment is where ingenuity and invention begin, the spark of curiosity that precedes a scientific inquiry, the necessary inspiration that is the heart of magick.

Wonderment is an “open mind,” the passive quality of releasing all preconceived ideas, and of asking “What could be different if…?” It is thinking creatively, outside “the box” that imprisons fundamentalists. In our society, those people who were tapped into Wonderment are the heroes we laud today, but many of whom were arrested and/or murdered as heretics by fear-bound fundamentalists: Galileo Galilei, Nicolas Copernicus, Joan of Arc, Susan B. Anthony, Martin Luther King, Jr. Mahatma Gandhi, Jesus… Each of them looked beyond common perception, and wondered how the world might be better, if….  Their power of wonderment made them TERRIFYING to the regimes of their time and they suffered for their “heresy,” just as witches have.

As I celebrate the Wheel of the Year, from Imbolc to Ostara, I start compiling information to discover what I know about my dedication topic. I study, research, and investigate. Then from Ostara until Beltane, I tap into the wonderment side of air, asking the question of what I need to think about differently? What could be different? I release what is commonly understood, and work magick to seek a new understanding.

The questions I must ask in regards to balancing my mental body, begin with what thoughts and mental “programs” I’m using to create my reality. Our perceptions about our world, our perspectives about our place here and what is possible, and our ideas about who we are and what we deserve, form a belief system. “Belief” is our most limiting factor. Orthodoxy (right belief) is a dirty word in witchcraft; Witchcraft is an Orthopraxy (right action.)

A computer analogy: Belief is like an operating system, and is created from birth by our culture and programmed by our parents, teachers, religious and political leaders, advertising…every message we internalize becomes part of that programming. Everything else we do in life runs from that operating system. Even if you eventually reject parts of your culture of origin, that program still insidiously lurks in the background.

If you were raised within an Abrahamic culture, like Christianity, and taught that you are inherently flawed, sinful, fallen from grace, and in need of salvation, then you may still be operating from the root programing of broken consciousness–convinced you are shameful, feeble, subordinate, and separate from “god. This dominant, patriarchal paradigm installs an “external locus of control” where everything that happens to us is someone else’s fault and “the devil made you do it.”

If you are running a poverty consciousness program, no matter how much you money runs through your bank account, you will remain “poor” of spirit, greedy and dissatisfied.

If you are running a victim consciousness program, no matter how many battles you fight and win, you will remain defeated, fearful, and powerless, a bully.

If you are running a wounded consciousness program, no matter how much medicine and therapy you take, you will remain weak, paranoid and in dis-ease.

I’ve heard it said that the easiest thing to change is your mind…I beg to differ. It took me a decade to throw off the bonds of the “fear and admonition of the Lord” that enslaved me as a child in the Southern Baptist church.

Witchcraft is a Magickal Operating System of wholeness, abundance, sovereignty, and empowerment. Our praxis is the technical manual to help you purge the old OS and install the system that supports your new spiritual goals and gets all your systems (physical, mental, will, emotional, and Spiritual) working harmoniously together so that eventually, anything is possibly with a simple change of mind.

Attempting to do spellwork before you’ve addressed these fundamental questions of belief is as pointless as trying to run a Mac program on a Window’s operating system; you will waste a lot of time and energy hacking it, and the outcomes will be glitchy and problematic at best.

SO– The question to ask is this: What do I believe to be possible? Which programs are hindering my balance–are not for my highest good, and must be reprogrammed?

Click “Continue” for exercises to help bring over-all balance through the mental body. 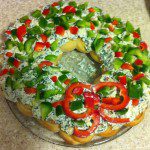 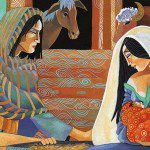 December 22, 2016 A Witch-Mama's Gift: "The Lion Illustrated Bible for Children"
Recent Comments
0 | Leave a Comment
"Stand firm, Heron! Running a business is hard. You have such wisdom! My father, who ..."
Lazaris Procrustes Beware the Witch’s Curse of Love ..."
"Professor Rashid Zia is elected Vice President of the Pakistan Society of Otolaryngology, Ear, Nose ..."
Hania Ahmad Crafting a Beltane Maypole with Help ..."
"It is allowed to be completely honest? Such unattractive faces?This is not the case in ..."
Carmìne Dalle What I learned from Gerald Gardner ..."
"So, it's been proven that the Masonic dates listed in Heselton's books on Gardner correspond ..."
mptp What I learned from Gerald Gardner ..."
Browse Our Archives
get the latest updates from
Witch on Fire
and the Patheos
Pagan
Channel
POPULAR AT PATHEOS Pagan
1