This weekend our coven gathered for a celebration of high summer that we call Lammas – also known as Lughnassadh. We don’t always have a focus on the traditional Celtic aspects of this pagan holiday, but this year we really, really did and it was a blast! The Celtic God Lugh and Goddess Aine were honored in our ritual. I posted it here: Lammas Ritual of Integration and Sacrifice.  There were many things about our Sabbat together that still have me grinning today. Hint: it wasn’t solely the ritual that made it a good sabbat, there were many adventures to the day!

Ritual isn’t the only important thing; Make it a Party!

We arrived early and went swimming and kayaking in the Tar River Reservoir, right off the doc in our covenmate’s back yard. Talk about the perfect way to celebrate high summer in the south! Lounging by the waterside, a tasty beverage in hand, and casually catching up on all the news since Litha.  The best part of being in a coven isn’t really the rituals…not for me. This is my family of choice, my best friends, and the people with whom I choose to spend the precious moments of life here in this middle world. Come summertime I’m all about some outdoor fun.

As the afternoon wore on, and the grill-master got the burgers and dogs onto the grill, we moved the party to the expansive front yard, were we held some Lughnassadh Games.  This is some of the best fun I’ve had in my witching life thus far. Mostly, because I got to throw an actual spear. A lot. Not that I’m all that good at actually hitting the target we were competing to hit, but it felt powerful.

To quote our High Priest who was videoing this hilarity “Heron is wearing her ovaries on the outside!” Yup, and I liked that powerful warrior god/dess feeling. A lot, a lot. Now I must haves me a spear, my precious…

Hail Sun God Lugh! With Golden drops of water-balloons flying through the air?

There were also shenanigans with golden water balloons that we tossed back and forth between partners, stepping back with each successful catch, until some lucky person got splashed…it was a hot day, and I felt like a big kid out there. We also had giant tic-tac-toe, and a “corn hole” bean-bag tossing game that is all the rage in Eastern North Carolina. It was like “field day” in elementary school, but we are all adults getting in touch with our inner children. Good times.

Our Hostess’ Husband even treated us to a ‘Magic Show” that he often does for kids in schools. There were all sorts of amazing tricks with magic boxes, and hats, and cards, that I still don’t know how he did them! Best quote from one of our crones: “I have a magic box too! It made children!” naughty, naughty…bwahahahahaha!

We set down to a feast of traditional Southern picnic fare, and then prepared for our Sabbat rites outdoors in the twilight, as the sun set and the nearly full moon rose over the trees. One of the new bits of technique we did this rite, that I liked, was our casting our circle. We asked everyone to bring back their new besoms we crafted at Litha, or a staff, and we used this bit of tech to dramatic, witching effect.

Basically instead of a wand casting, we used the brooms. Since we see the besom as a Grand Tool of Earth, that represents the crossroads of Goddess (underworld) and God (heavens) to create the material world, I think it is the perfect tool for the job. If you haven’t already done so, seriously, go check it out in the ritual here.

But my favorite moment, was discovering at some point in the afternoon that as each of us arrived, we each gathered our besoms by the door.

Corn on the Cob Magick

So in our ritual we used a fresh ear of corn plucked from our cauldron to represent our first harvests. Then we ritually shucked the leaves to represent the toil we must still make to uncover our greatest potential. Then from the shucks we crafted corn dollies at the table you see to the right of the picture above. That was a bit of a chaos in the near total dark – as I didn’t provide enough illumination Tiki Torches–lessons learned. But we each managed to make a representation of that part of ourselves that must be sacrificed – like the Sacrificial God who gives his own life for his people to thrive, we must shed an outer skin, or our chrysalis from which we emerge as a butterfly after we transform that must be left behind.

Then we moved to another table where we prepared the corn on the cob in foil with olive oil, and spices, wrapped it tightly, and with a sharpie marker named what harvest we are claiming for our sustenance. Around the fire pit we claimed aloud that harvest to raucous cheers and “so mote it be’s! Then stomped around the mill deosil chanting and cheering to empower them.

Lord and lady of Harvest Field….
Former selves to fires we yield.
We are nourished by your corn…
So stronger witches may be born.

When we directed all that power inward to the corn, you could hear it sizzling and popping…it smelled delicious! And we knew that the work was GOOOOOOD! I wish I had a picture of all those magickal parcels on that bed of coals, but there’s no time for cameras while the powers are flowing.

Then we focused on the corn dolls in our hands, we turned and stomped the wheel down, widdershins, empowering our sacrifices and toils to bring home the next two harvests. Here is the funny part, but one I thought was effective: Not having a particular tune in mind for these chants that we’d written, I realized the rhythm worked to the old army marching cadence of call and response… you know the one: Sound off! one, two. Sound off! three, four… Lugh is a warrior, and this is a warriors marching song now!

This I make in sacrifice
And for this work I ask no price.
To Goddess and God I pledge this deed
That it may help fulfill a need.

We will keep these dolls on our altars until Samhain, and then as we fully release our former selves and the God to the underworld, we will incorporate them in a large effigy that we burn like a funeral pyre. I’m trying to always have some “take away” crafting that we bring back to use at a future sabbat.

After we closed the circle, we pulled the corn on the cob packets off of the coals with tongs, and took them back to the kitchen. We all sat around our feast table, opened our packets, and they were perfect. Once more, we focused on what it represented, and that we could integrate these new blessings and be sustained for the coming work.

As we sat around chatting and feasting on corn, I expressed how glad I was to see one of our members, who was sitting next to me. He now lives in Raleigh and so isn’t able to make it to our events as much as he’d like. I told him what a joy it always was for me to know he’d be there, to see his majestic self there in circle with me. He has such an effervescent energy and I think he’s fabulous. All our witches are fabulous in unique and diverse ways. We are now living all over eastern NC from Raleigh to the Crystal Coast beaches, so getting together means we all make a big effort.

I wanted to make sure he knew that he was dearly missed when he was unable to make it. “Really?” He said. “That makes me feel so good to know you want me. That is the best part of being in a coven, knowing that people accept you and are happy when you are around.”

I couldn’t agree more. That conversation was the perfect cap to a perfect day. We each drove upwards of an hour to be there, and so as I made my way home through those dark country roads late last night, I reflected on the previous 11 hours I’d spent at this marvelous celebration. Gratitude was my main feeling…and all the warm fuzzies that go with being tired and dirty from “playing outside,” feeling loved, aching from laughing so hard, and successful in our devotions and magick, surrounded by excellent witches.

We’ve done the good work once more, and lived to tell the tale! HUZZAH!

Keep pure your highest ideal, strive ever towards it

My other thought was that when I was a kid, an 11 hour long Baptist church event would have felt like endless torture, because I never did feel accepted among that congregation. But I can’t get enough of this Coven and witchcraft. I see people on-line commenting about how the drama and politics of bad covens in their past have chased them into permanent solitary exile. I’m really sorry that happens so often.

I’ve been in a coven that bullshit ego-conflict and politics ruined, too. It was really devastating, but after a break, I tried again. Don’t let that turn you aside; keep pure your highest ideals, and keep striving to create the loving family coven you really enjoy. It is possible, with the right people, and the right attitude, and lots of worthwhile effort.

I hope you all find the same satisfaction this Sabbat.

Heron’s Sabbat Rituals for every Season!

Candlelight Yule Ritual: A Meditation for Hope and Peace

Imbolc Ritual: Dedicating to The Great Work of Magick

Rites of Beltane: Sacred Marriage of MayQueen and King, Tying the Knot

Litha Ritual of Highlight and Shadow

Litha Ritual for One: Solar Potion for Fortune, Success and Prosperity

Lammas Ritual of Integration and Sacrifice

Mabon Ritual of Feasting and Toasting 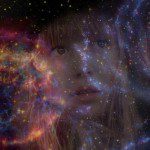 August 3, 2017
In the Beginning: A Panentheist Origin Story
Next Post 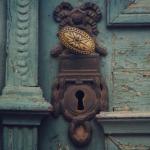 August 12, 2017 Warding Ritual for Spiritual Protection of your Home
Recent Comments
0 | Leave a Comment
Browse Our Archives
get the latest from
Witch on Fire
Sign up for our newsletter
POPULAR AT PATHEOS Pagan
1