Cult-Proof Your Coven: Red-Flags and How to Avoid Them

Cult-Proof Your Coven: Red-Flags and How to Avoid Them June 13, 2018 Heron Michelle

Modern legal and psychological experts will tell you that dangerous “cults” don’t necessarily have to be religious. However, there are obvious cult-like attributes common among those groups that have tragically harmed their members. I’d like to discuss those red-flag behaviors, and offer suggestions on how to avoid them creeping into our covens. 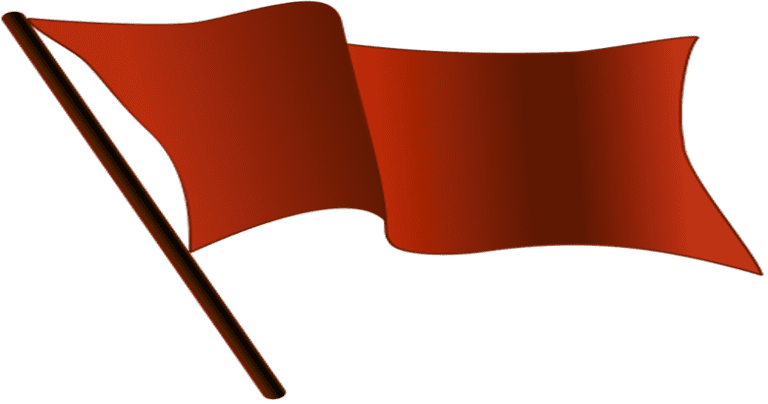 A Baneful Cult or a Beneficial Coven?

(1) a system of veneration and devotion directed toward a particular figure or object.
(2) a relatively small group of people having beliefs or practices regarded by others as strange or sinister.
(3) a misplaced or excessive admiration for a particular person or thing.

Experts use this word “cult” to describe the infamous groups that criminally exploited and harmed their members, and they all have common attributes and behaviors. The most infamous example is the Jonestown Massacre, where 918 people drank the “cyanide Kool-aid” served by the deranged Reverend Jim Jones and died; 304 of them were children.

Because covens tend to be “a relatively small group of people having religious beliefs or practices regarded by others as strange or sinister,” it behooves us to be mindful of the danger signs we learned from these tragedies. Because Witches are self-regulating and often operating quietly under the radar, the potential for exploitation of our love and trust, is sadly quite possible.

Stephen Johnson in his article How to Identify a Dangerous Cult, lists the following commonalities. Much of this information comes to us from the legal work of cult expert Paul Morantz, a lawyer who specializes in cult and brainwashing cases. I’ve also collated some tips from Fr. Dwight Longenecker who wrote this piece on cult-like behavior in Catholic parishes.

Cults are formed around an adoration for a strong, charismatic leaders who typically exhibit:

Cults Leaders don’t like it when you ask probing questions:

Cult leaders conspire to cover up anything that would tarnish the “wonderful community image.”

A lot of this sounds familiar, I’m sure. So much of what is happening in America right now smacks of cult-ish brain washing. I grew up in the Jim and Tammy Bakker “Praise the Lord” Evangelical Cult that operated out of South Carolina in the 80’s. I know how insidiously these abuses can creep up on otherwise trusting and faithful people.

Write a mission statement for the group. What are your shared goals? Why does this group exist? What purpose does this group mean to fulfill in the lives of the members?

Hint: It should be something other than “worship and mindlessly obey one charismatic person’s every whim.”

Here’s an example: “The ministry of (Coven Name) is dedicated to the Great Work of enlightenment as magickal practitioners. (Coven Name) works to facilitate responsible education and training in Modern Witchcraft. (Coven Name) serves as an affiliation of independent Witches seeking personal sovereignty through Divine Love. Our praxis serves to achieve a healthy life in harmony with nature, with respect and responsibility, harming none.”

Clearly define your organizational structure: Is this group egalitarian? Or do you favor a hierarchy with Lord and Lady Priest/ess in life-long authority?  Be transparent about what folks are getting themselves into, and what level of participation they can expect.

Define the Leadership Positions, write job descriptions, requirements for holding that position, how you get the job, and expectations for their responsibilities and behavior while in power. Set term limits. I would be highly suspicious of any authority figure who could not share responsibility, or be willing to step-aside and allow new voices to take their turn at the helm eventually.

Define a Means for Hiving Off: If this is a training coven, there will be a yearly influx of new members. As they progress toward becoming priests, priestesses and teachers in their own right, there needs to be a culture of openness that someday they will wish to hive-off and run their own coven. That is how healthy covens work. Witchcraft works best in small groups of 5-20 max. Unless you like the “megachurch” model, find a means to encourage the peaceful release of members under new leadership. It is cult-ish not to allow folks to leave of their own free-will. If you don’t encourage the process, schisms will no doubt happen anyway, and that just brings undue witch drama.

Enforcement: Define what actions or behaviors aren’t OK, and outline methods by which violators would be asked to leave the organization. For our group, any violation of our Bill of Rights would be the no-no’s. (see below.)

Outline a grievance resolution system: give a concrete way to report issues; how an investigation will be carried out and by whom; provide mediation through which all parties can come to resolution.

Set fair and equal financial expectations: Covens have expenses for ritual materials, rent on halls or camp-grounds, that everyone should equally provide, but living expenses or salaries of any leadership would be damn near verboten. I’d be highly skeptical of any Priest/ess in a coven expecting any kind of salary, so that should be a big red-flag. I suggest a low flat fee that everyone in the group should have relative ease to kick-in. There will always be resentment on sliding-scale arrangements. When our our needs are greater than that budget, we hold fundraisers in the outer community.

We have a “finances” section of the charter that outlines what the money is for, transparency of financial records, how we vote for spending, etc. We also have a treasurer who manages the money, taking that out of the Ritual leadership hands. Everything moves through an official bank account in the group’s name.

Leadership Transparency: Hold business planning meetings that are open. Have someone publish minutes, and record the meeting and make that easily accessible – also helpful for an account of what is actually said in case of disputes. Be especially transparent when challenges come up. Perfect love and trust accepts that things will NOT always smell like roses – don’t hide the hard stuff. Lead by example how to deal well with conflict.

Define Guidelines for ethical conduct:  Especially sexual conduct of your leaders – which I wrote about at length here. But also make sure to define your shared ideals, so that you can “strive ever towards them.”   For example, not all groups adhere to the Wiccan Rede to “An it harm none do what ye will.“ So, make sure to state your guidelines clearly. If you do embrace the Rede,  thoroughly discuss what “Harm” means to your group, as this is a subjective concept. We have Four Rules for Personal Sovereignty that we refer to often.

Embrace flexibility: Lest we fall to fundamentalism, accept that any charter or set of guidelines should be a living, evolving document that reflects the values of the current group members. We open everything up to scrutiny, discussion, and amendment every year from Samhain until Yule. At the same time we seek new nominations, and vote on the next year’s leadership council. Then we vow to uphold it come Imbolc.

Build Bridges: Participate as a group in larger pagan gatherings – compare stories and ideas, attend other types of public rituals to gain perspective. Get out of town and study under a variety of teachers and traditions. Participate in Interfaith Community work as you can, to combat isolationism and promote coexistence.

Create a Bill of Rights that protects all your members equally. I previously wrote about that at A Covener’s Bill of Rights, but for ease I’ll post our language here so you can see how we used this tool as a means to keep much of the above cult-ish red-flags from ever happening.

Basically, our Bill of Rights applies to everyone who is invited to come play on our witchy playground – from friends and family who attend our events, to our seekers, students, neophytes, and all coven members, through all levels of leadership.

A Covener’s Bill of Rights:

1. The right of inclusion:

The Coven offers equal opportunity in pursuit of membership to any legal adult without discrimination, regardless of race, ethnicity, national origin, spiritual path, gender expression, sexual orientation, or intersexes.

2. The right to personal sovereignty:

3. The right to confidentiality:

Participants have the right to keep their involvement in Witchcraft and The Coven private. Confidentiality of personal information will be maintained between seekers and mentors, barring any indication of injury or harm to self or others.

4. The right to freedom of expression:

Participants may freely express themselves in constructive ways, as long as it remains respectful, and upholds the right to confidentiality, harming none.

Participants have the right of access to the current Charter, and have a representative on the Leadership council who is available for mediation on their behalf.

6. The right to consistency:

The rules and requirements of this charter apply equally to all participants.

7. The right to participate in governance:

Participants may bring new business before any scheduled business meeting of the coven, by contacting a Leadership Council representative no less than forty-eight hours in advance, so that they may be added to the agenda.  The Participant’s attendance is required to present their idea or concern.

8. The right to a peaceful separation:

Participants may discontinue association with the Coven at any time, and depart in peace, according to their own free will.

Hopefully this discussion helps further our evolution in a beneficial direction. The more we are aware of the dangers of cult-like behavior, the better able we are to navigate clear of them.

Keep reading for ideas on how to Cult-Proof Your Coven: Charter Template with Egalitarian Structures. 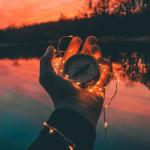 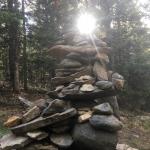 June 25, 2018 Summer Solstice on Top of the World
Recent Comments
0 | Leave a Comment
"Very interesting blogs. As a pagan, I was aware that Hypatia was killed over politics ..."
Jade Meeker Religious Discourse: Invasive Orthodoxy or Abrahamic ..."
"I just wanted to say thank you. Keep writing, keep inspiring. Your words shed too ..."
Freyja Lubricant or Glue? Mature Idealism for ..."
"I absolutely LOVE this pasta salad! A friend shared the recipe on Facebook about a ..."
Rickie Bansbach Witchin’ in the Kitchen: Dill Pickle ..."
"Yes, I believe you. So many misleading things have been told against all peoples. All ..."
Carmìne Dalle Religious Discourse: Invasive Orthodoxy or Abrahamic ..."
Browse Our Archives
get the latest from
Witch on Fire
Sign up for our newsletter
POPULAR AT PATHEOS Pagan
1

Is it Lughnasadh without Lugh?
John Beckett
Related posts from Witch on Fire 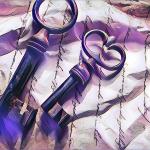