A year ago this week, our Witchcraft shop was targeted by two Evangelical street preachers. That fateful afternoon kicked off our best year of business yet! EC Street Preacher posted a video of our conversation to his YouTube channel as “Tolerant” Pagan Priestess shows Intolerance of EC! I then blogged about it here at Witch on Fire, which was then covered in an article by The Wild Hunt.

To say this went viral is a bit of an overstatement, but it blew up big enough on our small patch. That exposure brought us diverse new customers who regularly tell us they saw how we handled a tough situation with grace, and that is why they’ve come to support us. I’m happy to report that our business is booming at roughly 40% higher than it was this time last year. Thanks, Y’all!

But on the other hand, the accusation that I was “intolerant” of him, really hacked me off for a couple of reasons. Despite how civilly we engaged him, there is just no pleasing these hellfire and damnation guys. <cackle>

During that same year, our country has endured a rise in hateful demonstrations like these, and a steep decline of civility all around. Point in case: Charlottesville. Neo-Nazis murdered a counter protestor by running her down in broad daylight, yet the “leader of the free world” declared these violent white supremacists to be “some very fine people.”   If this is the new American normal, then it is time to talk about the complexities of “tolerance.”

Regardless which hateful flavor du jour bubbles up from the swamp, allow me to correct this misconception: Witches have no obligation to tolerate these fools. In fact, just the opposite; any Witch worth their salt will shut them down. I just don’t have to be a jerk about it.

That sweet little couplet is in the Long Form Wiccan Rede (1) attributed to Lady Gwen Thompson. I interpret this as advising witches that we will engender happiness all around if we interact with others in a friendly manner. When EC visited last year, I think we lived up to this ideal.

Yet, to quote EC Street Preacher in his follow-up video posted 9/4

“When I was preaching outside the witchcraft store I was kind of expecting them to be like, ‘we are tolerant of the Christian faith, and you follow your own path,’ that sort of thing, but…the wave of hatred and vitriol that came at me, not just that day, but…when the video was posted, I just wasn’t expecting that.”

Funny, I explicitly said that I would defend his right to practice his religion in whatever way made him happy, but that I also supported the rest of our rights to do the same. He really can’t grasp the hypocrisy that he’s displaying here, and it does no good to try and convince him otherwise.

As the sages have long said, it is unfair to engage in a battle of wits with an unarmed man.

Live and let live. Fairly take and fairly give.

I take this line in the Rede (1) quite seriously, which is why I’m not standing outside this guy’s church holding a sign and shouting about the Great Goddess. The only Wiccan taboo, or “sin” I think we might have is “Thou shalt not evangelize.” I consider evangelism, or any aggressive attempt to push into my life uninvited to indoctrinate me to their religion with threats of torture, to be a form of spiritual violence.

“Live and let live” is as close as I get to the “tolerance” that EC thought I should offer. I’m just over here living my merry life, trying to harm none. As long as you aren’t hurting anyone, or poisoning the well-water for the rest of your neighbors, then your life is none of my business. To reciprocate, neither of us will take more than our share. However, step over that line, and we have a mutual problem. I do not abide the trespass of the inherent rights of my fellow humans.

With no fool a season spend, nor be counted as their friend.

I’ve been asked by many why I bothered to take time out of my work day to come outside and talk to these guys. Why didn’t I call the cops and have them removed? Why didn’t I come out wands blazing and smite them into toads (2)? How could I be so patient?

I am a priestess, representing paganism and advising seekers *is* my job. I love to discuss religion, and found his attention to be a golden opportunity. Frankly, debating this stuff amuses me in the same fiendish way that a cat bats at a cockroach. This isn’t the most charitable attitude, but to be fair, his opening salvo was that sign telling me I was damned to hell for just existing.

The Wiccan Rede also advises: With no fool a season spend, nor be counted as their friend (1). So there it is. If we stand by saying nothing, allowing the ideologies that incite illegal acts of domestic terrorism to go unchecked, we are complicit in the destruction they cause.  I do not condone the baneful agendas of evangelicals, (or Racists, Nazis, INCELs, TERFs, there are so many cockroaches, not enough time.)

So, I’ll say it louder for the kids in the back: I do not tolerate their foolishness; I am not their friend.

Neither am I their enemy. I wish for them healing and peace, but as long as they keep shitting in the pool, I will call a turd a turd. We have to work for justice and stop malevolence from poisoning the country. But I won’t sink to their level of assholery because that would make me as bad as them; out-smarting and out-classing them is waaay more fun.

Intolerance will not be tolerated

To be tolerated is a condescending rejection. There is no honor in “tolerance.” I aim to accept. I’ve spent huge chunks of my life “being tolerated” and it is lousy. From day one, there was a sign hanging in my shop that said, “Intolerance will not be tolerated.” It is supposed be an ironic joke, but do most folks get it?

I think the Evangelical message that EC Street Preacher promotes is an aberration which is destructive to all involved. I was raised in this cult, and the wounds can twist a person until they are unrecognizable. I can’t hate these people because I know first-hand that they really are the VICTIMS – rendered powerless by their jealous god. They were terrorized until they became terrorists themselves, and are wielding their wounds like weapons in a desperate play for redemption.

A terrorist isn’t born that way, they are cultivated through brain-washing and manipulation. I didn’t TOLERATE that Street Preacher, I accepted him as the victim of serious emotional and mental abuse by his church. I’m not going to further abuse him. My Goddess Aphrodite once instructed me that listening to others is a way of expressing Divine Love. Responding to him thoughtfully, rather than reacting to him angrily is the Grace I want to embody as an example of right relationship. I think that seriously confused him.

In a video he posted outside another witchcraft shop, he acted aggressively toward them, and they reciprocated in kind. He wrote “I think that they should have a backbone class taught by Heron Michelle!” So, I guess I made an impression.

Sometimes the role a witch plays in someone’s narrative can be “antagonist,” and that still remains a beneficial thing. I’m happy to play that part when they challenge me; I say the hard things, and give them the sacred permission to start questioning their doctrines.  However, I do not allow harm to go unchallenged within my domain.

So to anyone else who chooses to bring their hatefulness to my door, my town, or my country, know this: Challenge “accepted.”

1) The Rede of the Wicca, from sacred-texts.com or Jason Mankey wrote an excellent History of the Rede at Raise the Horns here.

2) Wouldn’t that just be too tempting? Probably a good thing I can’t actually transfigure fools into toads, or there would be a plague of them by now. Alas, a witch can dream… 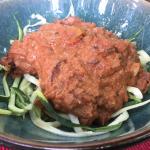 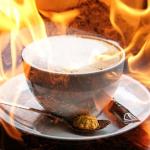 September 1, 2018 Pumpkin Spice Witchcraft: Spell for Potency, Protection, Passion & Prosperity
Recent Comments
0 | Leave a Comment
"I particularly love the meditation. Thanks so much for sharing this--four years ago. LOL I'm ..."
Laurie Candlelight Yule Ritual: A Meditation of ..."
"Stand firm, Heron! Running a business is hard. You have such wisdom! My father, who ..."
Lazaris Procrustes Beware the Witch’s Curse of Love ..."
"Professor Rashid Zia is elected Vice President of the Pakistan Society of Otolaryngology, Ear, Nose ..."
Hania Ahmad Crafting a Beltane Maypole with Help ..."
"It is allowed to be completely honest? Such unattractive faces?This is not the case in ..."
Carmìne Dalle What I learned from Gerald Gardner ..."
Browse Our Archives
get the latest updates from
Witch on Fire
and the Patheos
Pagan
Channel
POPULAR AT PATHEOS Pagan
1