The Blue Moon Debate: An Astrological Blue Moon in April 2019

Whether witches are timing sabbats or esbats, there are two schools of thought about WHEN is most auspicious: fixed dates based on the Gregorian Calendar, or Astrological timing. I’ve got very pointy opinions about auspicious timing, especially about what constitutes a “blue moon.” I wrote more about my contrary opinions here. This year, despite what my Witchy Wall Calendar tells me, I know there will be a Blue Moon on April 19, 2019 at 7:12 am, providing an extra chance to work a double dose of Spring conjuring. But I’d work that magick the night before on April 18th, if I were you.

I believe that witches are all better served when we seek a logical, internal consistency in our practice. My practice informs me that The Power doesn’t give a tinker’s damn about what “month” it is. Astrology provides the most accurate system with which to predict how the energetic tides will flow throughout the year.

Now, before you git yer garters in a twist, allow me to make my case… 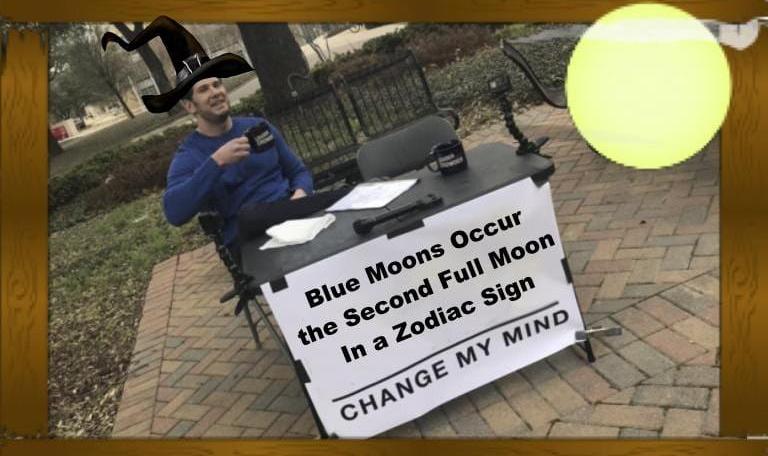 To make this debate even more complicated, there are actually three proposed conventions about what determines a blue moon.

Where did this “2 moons in a Calendar Month” misinformation come from? Sky and Telescope Magazine

In brief, Farmers’ Almanacs use astronomy to calculate all manner of natural events that will impact agriculture, including lunar movements. Originally, the blue moon convention was based on “The Maine Rule.” Then, in the May 1950 issue of Sky and Telescope, a new “2nd Full moon in a calendar month convention” was adopted, thanks to an error made by an amateur astronomer in Oregon named James Hugh Pruitt. <Gee thanks, Pruitt!>

The “Maine Rule” of Blue Moons

According to Olsen, Fienberg and Sinnott in their 2006 article, “What Is A Blue Moon?” for Almanacs, there was a lot of maneuvering involved in determining blue moons, based on ecclesiastical calendars around Easter, and astronomical calculations within a tropical year, and their preferred moon naming conventions. Sufficed to say, it is convoluted. Here are the important bits for our witchy purposes:

“At last we have the “Maine rule” for Blue Moons… When a season contains four full Moons, the third is called a Blue Moon. Why is the third full Moon identified as the extra one in a season with four? Because only then will the names of the other full Moons, such as the Moon Before Yule and the Moon After Yule, fall at the proper times relative to the solstices and equinoxes.” Source

This seasonal “Maine” rule was the way blue moons were calculated in Farmer’s Almanacs, up until a mistake was made in print by Pruitt, in March of 1946, which unfortunately was adopted in 1950, and then repeated ad nauseum since then.

“During the period 1932 to 1957…the Maine Farmers’ Almanac consistently listed Blue Moons derived from the convoluted (Maine) seasonal rule…So where did the modern convention — that a Blue Moon is the second full Moon in a calendar month — come from? Sky & Telescope has, and is, the answer!

Laurence J. Lafleur…discussed Blue Moons… in Sky & Telescope, July 1943, page 17, citing the 1937 Maine Farmers’ Almanac as his source… This commentary notes that the Moon occasionally “comes full thirteen times in a year,” … he did not mention the specific dates of any Blue Moons and never said anything about two full Moons in one calendar month…

Some three years later, in March 1946, an article entitled “Once in a Blue Moon” appeared in Sky & Telescope (page 3). Its author, James Hugh Pruitt…mentioned the 1937 Maine almanac and repeated some of Lafleur’s earlier comments. Then, unfortunately, he went on to say, ‘Seven times in 19 years there were — and still are — 13 full moons in a year. This gives 11 months with one full moon each and one with two. This second in a month, so I interpret it, was called Blue Moon.’

Pruitt must not have had the 1937 almanac handy, or he would have noticed that the Blue Moon fell on August 21st (obviously not the second full Moon that month) and that 1937 had only 12 full Moons. But only in retrospect is his error so obvious.

The “second full moon in a calendar month” convention for blue moons was a mistake made by an amateur astronomer in 1946. So, let’s just stop mindlessly repeating his errors for our magickal timing. Shall we?

We view the earth’s journey around the sun against the backdrop of the cosmos. The sciences of astrology divides that cosmic neighborhood into 12 equal sections called the zodiac, as if our orbit was a perfect circle of 360 degrees, making each zodiac sign 30 degrees. The zodiac map describes the relative position of earth, as it travels on it’s orbit around the sun.

These mile-markers are how scientists calculate phenomenon like equinoxes and solstices. For example, Witches celebrate spring equinox (Ostara) at the exact moment when we enter 0° Aries. I time all my sabbats based on astrological timing. I wrote a whole treatise on this subject: A Case for the Astrological Timing of Sabbats.

So, for consistency, I apply astrological timing to all my lunar workings within the Wheel of the Year. I don’t do anything based on what month it falls in; what zodiac sign are we working with? I wrote more on the science of astrological timing here…

The Short Story: It doesn’t matter one lick when the full moon falls in the Gregorian Calendar Month, so just forget about that.

The Long Story: It energetically matters which section of our orbit around the sun we are dancing through at that moment. If your Great Work of Magick is in step with natural cycles, there are several cycles to integrate. An astrological triplicity is a three part cycle, like a wave form, of beginnings and growth, maintaining that energy toward culmination, and then descending toward conclusion. Though it is the unsung fourth step in the cycle, they are all followed by a dark pause of reflection and transition.

This three/four part cycle repeats throughout nature. Each season we pass through three zodiac signs. There are four seasons of three parts in a year. The moon is seen to have three phases, plus dark moon. We celebrate the same cycle as the Maiden, Mother and Crone Goddess archetypes, etc. 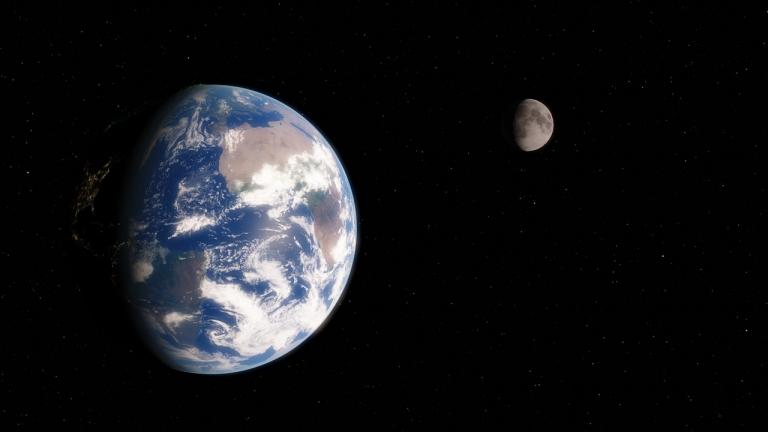 A lunar system of magick integrated within the seasonal and zodiac framework, gives greater purpose and meaning to each esbat within the Wheel of the Year. When you approach Lunar Magick from this higher perspective of cycles within cycles, you can easily see the patterns of growth unfolding around you. Metaphorically, you can see the forest, and are not lost in the trees. Once you gain this higher perspective, it is totally obvious when a spare “tree” pops up.

Which brings us back to the subject of blue moons…

The Astrological Witchcraft Rule: Blue Moon is the Second Full Moon in a Zodiac Sign

According to astrological timing, a Blue Moon occurs when there are two full moons within the same zodiac sign. This furthers the Maine rule, stating that it is auspicious when there are four full moons within a season. However, I contend that it is even MORE AUSPICIOUS to celebrate as “Blue” the second moon within a single sign (rather than merely the third moon in the season.) Because, it’s a double dose of that specific flavor of lunar/solar energy.

At a blue moon we can push extra oomph into whatever intention we’ve got cookin’ up that particular season, phase, sign and element. You get a spare chance to further your work, or go totally off book and do something extra special WOW.

Below is my lunar calendar for 2019, cross referenced with season, triplicity phase, zodiac sign of both sun and moon, and magickal name.**

I count my Witches’ year as beginning with Capricorn – the first day of the Winter Season. Again, I don’t give a damn about the Gregorian calendar year. This (mostly) 2019 Wheel of the Year will turn from Dec. 22, 2018  through December 12, 2019. I count 13 Full moons that may be celebrated within these four seasons.

So, by my witchy calculations, a Blue Moon occurs in Aries, April 19, 2019, giving us a second chance to energize our Cardinal Spring workings. With the moon in Libra twice, you can conjure a double dose of justice, fueled by the righteous fires of Aries, restoring equality and equilibrium. Considering our society is in upheaval, there are many injustices to choose from. Though the blue moon will come to fullness at 7:12 in the morning on the 19th, I suggest planning your esbat the night before, on April 18th!

Here is the link to the Blue Moon Rite I’ve prepared that is perfect for this occasion!

Faith has its place in Witchcraft, but magickal timing ain’t it. This is an occult science. Don’t just take what you read on the internet as the gospel truth, including this article. Research, experiment, seek logical internal consistency and make note of what you are perceiving. I hope you will consider my arguments here, put them to the experimental test, and then form your own conclusions about what is most effective.

Come up with a different method that you think works better? Make your case and change my mind.

**Authors note: There are many naming conventions for the moons, but these names provided would match relatively closely to those in the Llewellyn Witches’ Calendar and datebook. Though we disagree which moons are which, they’ll match up again after that blue moon in April. 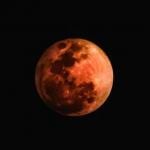 January 20, 2019
The Witchy Physics of a Blood Moon in Lunar Eclipse
Next Post 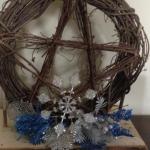 January 25, 2019 Imbolc Sabbat Index: Craftings, Cleansings, and Rituals for a Witch's High Winter
Recent Comments
0 | Leave a Comment
""Naught" not "Not"!"
AnnaKorn Beware the Witch’s Curse of Love ..."
"Comprar Licencia de ConducirPermis de ConduireKopa Korkortcomprare patenteRijbewijs KopenCarta de ConducaoBuy driving licensefuhrerschein kaufenKup Prawo ..."
Back Links Witch’s 2022 Astrological Calendar for Sabbats ..."
"Visited your web yesterday for the first time, and I have already reserved your book. ..."
Betaine Witch’s 2022 Astrological Calendar for Sabbats ..."
"Thank you. Very much my experience too (except for the churchy bit)."
Rosemary Nissen-Wade Witchery as an Orientation and Sacred ..."
Browse Our Archives
get the latest updates from
Witch on Fire
and the Patheos
Pagan
Channel
POPULAR AT PATHEOS Pagan
1 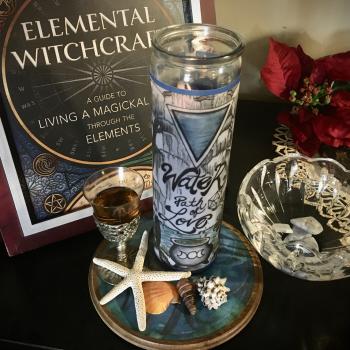 Pagan
Five Ways to Get Banished From my Witchcraft...
Witch on Fire
TRENDING AT PATHEOS Pagan