Breaking the Chains of a Magickal Curse

Breaking the Chains of a Magickal Curse June 2, 2019 Heron Michelle

A new customer in my shop asked me if I thought it was possible that anyone could actually be “jinxed” or “cursed” by someone else. “Sadly, yes,” I answered, especially since I know how often folks come looking for materials to work that kind of magickal curse. In turn, I also have customers asking how to break the curses they are just sure have been worked against them. I’m sad to report from the shopkeeper trenches that there are a whole lot of those kinds of petty, spiteful spells being lobbed back and forth throughout witchdom.

For the record, I don’t help my customers hurt other people; I listen to their tales of woe and misfortune, and do my best to use my experience and discernment to untangle what is possibly a legit magickal duel aimed at them, from what is just their paranoia. Then I point them in a direction that will actually help, rather than just keep kicking that turd down the road. The question of ethics isn’t even the most important part of that conversation. I know from experience that these baneful acts are a waste of your time. Petty curses are ineffective witchcraft. If you come to the village witch for advice, don’t expect to hear what you want to hear. Expect to hear what you NEED to hear. I take this retail moment to flip the script and challenge my customers to look at their situation more constructively.

Mind you, I know for a fact that there are whole systems of magick that give detailed instructions on how to smite one’s enemies in horrifying ways. These are rooted in patriarchal “dominator” culture of a dog-eat-dog world. In that world, the human imagination for cruelty knows no bounds. This makes me sad, especially since I understand the bullshit history of oppression from whence they were born out of necessity. I also know they mostly serve to empower those oppressive systems further, rather than shutting them down in favor of a cooperator culture. Patriarchal oppression cannot be destroyed through patriarchal means, folks.

But besides all that, I tend to find that it is way less often that outside forces are dogging us out, as it is likely that our internal fears are sabotaging us from within. In psychology this is called an “external locus of control.” Or, if you are convinced that something outside of you is in control of your life, then you will spend your whole life being pushed around, convinced that you are powerless. If you have an “internalized locus of control,” then you realize that you already have the power you need to stand up for yourself and be the master of your own destiny.

Phrased in another way, a “victimhood consciousness” is just as powerfully going to fulfill your prophecy of being victimized, as an “abundance consciousness” will fulfill your prophecy of a blessed and happy life. We see what we expect to see, then manifest that reality. The power of our own mindset is our greatest asset, and also our worst curse. To paraphrase an old adage, “Whether you think you’re cursed, or you’re actually cursed, you’re right.”

Quite often, customers come to their local witch shop in hopes that one of us behind the counter will psychically affirm that they have indeed been tricked up with magick, and by which loathesome asshole they know, so they can return the dastardly favor – again, just gonna kick that turd further down the road. I know all kinds of unethical magickal practitioners whose answer to that question is ALWAYS YES because then they can sell that terrified person their services in curse breaking, and that can be shockingly expensive.

But that isn’t how this witch rolls, even though I stand just as good a chance of profiting from their paranoia, I’d rather aid them in victory, rather than revenge. Here is how I complete the answer to the question of “Have I been cursed?”

“Maybe yes, most likely no. If you’re worrying about it, and obsessing on this fear, the resulting misfortune will be the same, so you might as well have been officially cursed, either by your rival, or yourself. The cure is the same, too.”

Try this magick instead:

Number 3 is where you should spend most of your energy, not paying someone else to break imagined curses for you, nor grinding an axe about who your “enemies” might be. That is such a waste of your precious resources, and it debases yourself in the process. Don’t sink to their level; don’t let them live rent free in your head forever.

It doesn’t really matter why your life sucked in the past, as much as what you are doing to correct your course moving forward. Personally, I think too much effort spent looking backward on “curse breaking” always inadvertently feeds the wrong side of the equation. Turn your thoughts around and move forward into your victory lap. Everyone’s life cycles through times of hardship. In every life there are people who will play the role of adversarial teacher. Accept the lessons as they come, but shift into becoming, rather than unbecoming.

In magick I promote free-will first and foremost. Apply your will wisely. 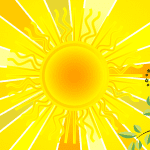 May 27, 2019
Litha Sabbat Index: Rites, Potions, and Recipes for the Summer Solstice
Next Post 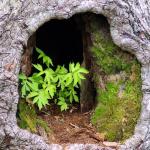 June 17, 2019 Lubricant or Glue? Mature Idealism for a Dying World
Recent Comments
0 | Leave a Comment
Browse Our Archives
get the latest updates from
Witch on Fire
and the Patheos
Pagan
Channel
POPULAR AT PATHEOS Pagan
1