Welcome to 2020, and a fresh new turning of the Witch’s Wheel of the Year. I celebrate the cycles of solar and lunar tides according to astrological timing, rather than the Gregorian Calendar. So, the magickal year ends and begins anew when the sun enters Capricorn at the Winter Solstice. A full moon typically occurs once per each of the 12 zodiac signs, giving us three full moons per season. However, the seasons do not line up with the government calendar, which I consider to be meaningless for witchcraft purposes. Winter Solstice falls between Dec. 19-22, so it is possible to have 13 full moons per calendar year. That is the case in 2020; however, none of them are “blue moons,” despite what heaps of articles are already reporting. Below, I’ve included a handy chart with all the dates, times and signs for the 2020 wheel of the year, and my reasoning behind this difference of opinion.

The name of the full moon in each sign varies across traditions and tribes, but they refer to what is happening in nature, in that region, at that time. By the astrological method, every 2.5 years, an extra full moon will fall within the same zodiac sign, giving us 4 full moons to celebrate that season. This event is special because we get a second chance to work with the same solar/lunar combo in opposition. TWICE the magick! It would be the second full moon in that zodiac sign which we then call a “Blue Moon.” It is rare, and auspicious, which is why in English we have the phrase “once in a blue moon.” It is on these occasions that extra special witchcraft can be enacted for very big changes.

The following chart shows the dates and times (EST) in each of the solar/lunar oppositions and seasons for 2020. You’ll see that while there are 13 of them, only one occurs per zodiac sign. The last one falls when the sun is back in cardinal Capricorn for next year’s Wheel, so there are NO “blue moons” in 2020. We also have four lunar eclipses at full moons, and two solar eclipses at dark moons this year! (6/21 and 12/14)

If you use the Llewellyn Witches’ Calendar or Datebook (as I do) you’ll find that they do not follow this astrological convention to naming the moons. They go by an erroneous method which times and names natural phenomena according to which month or calendar date they fall on. Because there are two full moons in October, these calendars, and many other writers, are going on about a “Blue moon on Halloween.” I think this is a tragic confusion. It’s cool, but it isn’t “blue.”

In my opinion, this calendar method of timing is magickally impotent. It is based on a mistake made by an amateur astronomer for a farmer’s almanac back in the 1940’s and has never had any bearing on natural magick. For the excruciating details about how this mistake happened, and my pointy opinions about our need to correct it, check out these two articles of mine: No Blue Moons in 2018: One Witch’s Contrary Opinion.

and The Blue Moon Debate: An Astrological Blue Moon in April 2019.

No Blue Moons in 2018: One Witch’s Contrary Opinion

The Blue Moon Debate: An Astrological Blue Moon in April 2019

At this index below, you’ll find links to everything I’ve ever written about how to work with lunar and solar tides according to astrological timing and WHY it makes logical sense, and works so much better. While there may be no “right or wrong” to practicing witchcraft, there is indeed a relative scale of effectiveness, and some techniques are just more effective than others; most of that goes back to the mechanics of the cosmos which astrology describes. 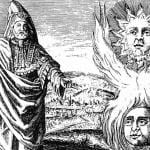 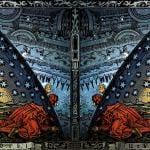 January 14, 2020 Foundations of Modern Witchcraft: Hermetic Philosophy
Recent Comments
0 | Leave a Comment
Browse Our Archives
get the latest updates from
Witch on Fire
and the Patheos
Pagan
Channel
POPULAR AT PATHEOS Pagan
1