Image by tommyvideo from Pixabay

Welcome to Woman to Woman, my new blog for and about Progressive Christian women. I’m Ginny, and I would like to tell you a little about myself and my plans for this space.

Let me confess that I’m not a Christian scholar, nor am I an experienced blogger. What I am is a cradle Christian who has spent a lifetime learning about and loving the Lord.

It’s quite daunting to find myself in the company of ministers, professors, Christian authors and other Patheos contributors who have devoted their entire adult lives to studying and sharing God’s wisdom. You may wonder what I’m doing here. I wonder the same thing.

Be Careful What You Ask from God

Several years ago, I became seriously ill to the point that I doubted whether I would survive. My doctor had his doubts, as well. I was incapacitated for nearly two years, which gave me plenty of time to think and pray. I asked God to help me be a better Christian, and for once, didn’t pray for specifics. God could and should lead the way.

When it became clear that I would recover, I began to wonder why God had spared me. I was alive for a reason, but what? It might not be a big reason, but it was a reason.

My illness prompted me to sell my house and move closer to family, and once I settled down, I joined an amazing church. The women in my Sunday School class were especially warm and welcoming. We had lively discussions, and I found myself actively participating in the class, which was unusual. To my surprise, the other women listened when I spoke. I wasn’t saying anything profound, but I was sharing my thoughts. I also was listening closely to them and learning. It was exactly what I needed.

Time passed as it does, and one Sunday, the class president pulled me aside before church. She told me that one of the four women who shared teaching responsibilities was moving away. Would I consider taking her place? It would mean teaching once a month. I was shocked! The idea of teaching a Sunday School class had never crossed my mind. If it had, I would have laughed.

But I wasn’t laughing now. The class president was serious.

I thanked her and probably said I was honored but didn’t know enough to teach. She persisted and asked me to pray about it. I reluctantly agreed.

Much to my amazement, God seemed to be telling me to say “yes.” I know for certain that those thoughts did not come from me. The women in my class were quite knowledgeable about the Bible and Christian living. They also were well-spoken. I had strong doubts about teaching them anything.

There was another reason that I wanted to say, “Thanks, but no thanks.” I was absolutely terrified of speaking to a group. My trembling hands and shaky voice made me look and sound like a female Barney Fife. In college, I took a year of math, which I hated, rather than a year of speech class, and throughout my career, I found ways to avoid public speaking.

I grappled with God about teaching Sunday School for several weeks, but the voice in my head persisted and I finally listened. It wasn’t easy. I studied the lessons I would teach for days and even weeks at a time and felt nauseous during class, even though I was well-prepared. I prayed many, many prayers asking for God’s help. Slowly – very slowly – it became easier.

As I settled into the role of part-time Sunday School teacher, it occurred to me that God was answering my prayer. I wanted to learn more about him, be closer to him and be a better Christian, and he was showing me the way.

Woman to Woman wouldn’t exist had I not become a Sunday School teacher, nor would it exist had I not written professionally for several years. I’m a former newspaper writer/editor, public information specialist and public relations coordinator, and each of my jobs helped me hone my writing skills in different ways.

I covered local government as a journalist and prided myself on writing factual news and feature stories. During my years as a public information specialist, I worked at a science museum and learned how to write extremely concise copy for exhibits, as well as informative and entertaining video scripts for various uses and detailed monthly reports for corporate leaders. As a PR professional, I produced thousands of words about the hospital where I worked for use on the internet, in newspapers and on broadcast media. It was good experience for a budding blogger.

Leaping into a Blog

The 2016 election motivated me to write a Progressive Christian blog. Donald Trump horrified me to the very core of my being. But I didn’t make an immediate leap from “I’m frightened, outraged and totally disgusted” to “I’m going to write a Christian blog.”

News stories about Trump and evangelicals’ adulation of him fueled my anger and dismay. My blood pressure would have gone through the roof had it not been for my meds. I needed a release, and writing was the logical outlet. I temporarily stopped reading the news and began writing an “online” journal that I never posted.

How could a corrupt, failed businessman like Donald Trump become President of the United States?

Trump was the punch line to a sick joke… a vulgar and corrupt man who viewed religion with a cynical eye while pretending to embrace Christianity… a man who saw women as playthings and proudly flaunted his affairs… a white supremacist who saw people of color as less than human.

The depth of the hatred Trump unleashed shocked me. He gave haters permission to spew their nasty prejudices on society and even incite violence. Remember Trump’s words while president about the violence between white nationalists and people protesting their rally in Charlottesville, VA? “I think there is blame on both sides.” An innocent woman was killed in the violence.

It distressed me no end that many evangelical pastors condoned hatred, preached it from their pulpits and led their congregations in spreading it. No doubt many of them prayed for a return to the days when an invisible line divided the races, women were subservient to men, and people with non-traditional sex lives disappeared altogether. It recalls a time nearly 100 years ago when a demagogue in Europe began his rise to power. His name was Adolf Hitler.

Sadly, politics and religion in our country have become intertwined despite the constitution’s statement about separation of church and state. I’m a devout Christian but believe in religious freedom.

As it is, the haters are the face of Christianity, and it’s an ugly, hate-filled face.

Following the 2016 election, I felt helpless and useless. I voted, but it didn’t seem to matter. A poor excuse for a human being was in the White House, and the people who represented me in Congress were right-wing radicals.

I was an active member of a progressive Christian church, and my growing closeness with God nourished my soul. However, my own spiritual well-being didn’t make a difference to the world around me.

What could I do? The answer seemed clear. “Nothing!”

Then, a seed of an idea found its way into my mind. I had no thought of changing the world or even the ultra-conservative community where I live. But maybe I could do something meaningful if I added my voice to the voices of other Progressive Christian women.

When I heard about Patheos, the seed began to take root.

I learned that Patheos provides a place where Progressive Christian women share the faith that binds them together and discuss important issues.

Perhaps, I could add my voice to their voices.

Perhaps, I could write something meaningful.

Perhaps, my small voice could help progressives reclaim our religion from the haters.

August 14, 2022
SHOULD CHRISTIANS ALLOW WOMEN IN THE PULPIT?
Next Post 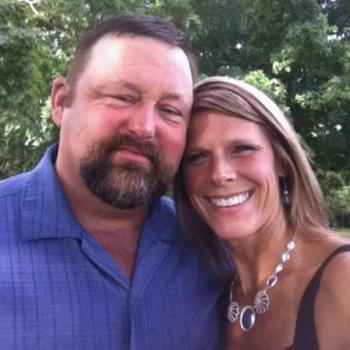 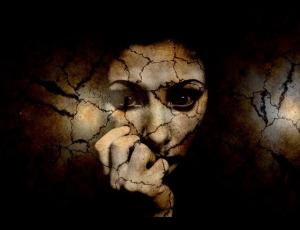