The COLOR of Equality:

Dr. Martin Luther King, Jr., stood in front of the Lincoln Memorial 59 years ago and told a crowd of 250,000 people, “I have a dream…. I have a dream that my four little children will one day live in a nation where they will not be judged by the color of their skin, but by the content of their character. I have a dream today!”

It was a message heard in homes across this country and around the world. While it resonated with millions, it fell on the deaf ears of millions of others. So it was then. So it is now.

Dr. King’s speech lasted only 16 minutes on that hot August day in 1963. Yet, the power and truth of his words still haunt us, as does the racism and inequality he denounced.

Why should I care about racism? Why should you? I can speak only for myself — a white southerner who lives in a quiet rural setting surrounded by other white people and near a small town that is only now integrating.

I have never faced racism or discrimination and hope I never will. I go about my business with the subconscious expectation that I will be treated with respect, courtesy and a sense of equality. To think otherwise is incomprehensible to me.

No one has ever challenged my right to vote, refused to hire me or stopped me from renting or buying a home because of my color. Nor has anyone ever falsely accused me of a crime for the same reason.

Life isn’t that way for many people of color. Obviously, I cannot speak for those people. I can only say that I’m ashamed of the inequalities that still exist 59 years after Dr. King gave his immortal address. All of us who hate or discriminate because of race, gender or cultural background should be ashamed.

Slavery in America This Century?

We have made progress in America since Dr. King gave his “I Have a Dream” speech in 1963. But we’re still dealing with some surprising issues in the 21st century. The New York Times, Newsweek and other news organizations reported last week that Tennessee, Alabama, Oregon and Vermont voted to ban slavery in this year’s mid-term election.

The fact that slavery was an issue shocks me, as does the fact that Louisiana voters defeated the ban. I have no idea why. If you have any insight, please share it comments below.

You may be as shocked as I was to learn that slavery still exists in the United States. It takes the form of hard labor in American prisons. The good news is that the four states I mentioned have banned all forms of slavery in their state constitutions. In Tennessee, where I live, the vote was 80% in favor of the ban.

Associated Press said the votes “won’t force immediate changes in the states’ prisons, but they may invite legal challenges over the practice of coercing (felons) to work under threat of sanctions or loss of privileges if they refuse to work.”

And Justice for All? Hardly

“The criminal justice system is heavily impacted by the bias of police mentality, as well as outdated judicial precedents,” according to the NAACP. “It is largely driven by racial disparities, which directly obstruct and deconstruct our minority communities.”

The NAACP notes that…

Is There a Bright Side?

It’s hard to overstate the impact Dr. King has had on this nation. He played a major role in passing the…

These laws have helped shape the country in which we live. Sadly, Dr. King didn’t live to see their impact. When he died in 1968, the 1964 Civil Rights Act was just beginning to address discrimination in education and jobs, and the 1968 Fair Housing Act was about to become law.

Dr. King would be pleased that 21st century African-Americans and other people of color obtain college degrees in significantly greater numbers than they did in the 1960s. They also hold political power in all levels of government and corporate America.

He probably would be surprised that this country elected an African-American president in 2008 and 2012 – a black man who has a degree from Harvard Law School and like Dr. King, received the Nobel Peace Prize. Dr. King might also be gratified that our nation’s current vice president is a woman of color, as is one of our associate Supreme Court justices.

The civil rights leader would be pleased that another woman of color is chief operating officer of one Fortune 500 company and will soon become CEO of another…that the lead scientist on Moderna’s COVID-19 vaccine team is an African-American woman… and that a black astronaut has – among other things — served as flight engineer on the International Space Station and as pilot and second-in-command on a recent Space-X flight. To learn more about black leaders who are shaping today’s world, click here.

Why Are So Many Whites Afraid?

Despite these successes, America also has taken backward steps. The most serious one occurred in 2016 when the haters in this country found a new voice.

My theory is that fear fuels their hatred, and the election of President Obama in 2008 and 2012 terrified them. A black man in the White House was the haters’ worst nightmare. America’s growing diversity only fueled the fire.

Rather than accept the changes with grace, some of today’s leaders take the low road. One so-called leader rounded up immigrants, separated families and placed children in cages several years ago. More recently, at least three GOP governors rounded up nearly 13,000 immigrants, packed them onto planes or buses, and sent them to northern cities led by Democrats.

These tactics wouldn’t have surprised Dr. King. He knew that some white leaders wanted “to divide people against each other and use those divisions to provoke violence,” according to a think tank called Big Think.

In its post “5 Ways Dr. Martin Luther King Jr., Changed American History,” Big Think says that Dr. King identified and sought to defeat some of those tactics. Let’s look at two of them:

They want our money; they want our possessions, they’re taking over, they’re denying us what’s rightfully ours…It’s a devastatingly effective trick because it distracts from the true problem, Big Think said.

How Does Race Affect Income?

Some people of color face grinding poverty. According to PBS, the poverty rate for blacks is 21%, which is almost three times that of whites. “In 2018, black households earned $57.30 for every $100 in income earned by white families. And for every $100 in white family wealth, black families held just $5.04,” PBS said.

Another troubling statistic is the increase in black households headed by single women. Having a female head-of-house significantly reduces families’ incomes, PBS noted. “In the 1960s, unmarried women were the main breadwinners for 20% of households. In recent years, the percentage has risen as high as 72%.”

Read or Hear Dr. King’s Speeches for Yourself

Have you ever read or heard Dr. King’s “I Have a Dream” speech”? If not, click here for the full transcript. Even better, watch or hear the King speeches on Amazon, Apple Music, iHeartRadio, Spotify and other online sources. Hearing his voice is a much more powerful experience than reading his words on a screen or piece of paper.

You also might read “How America Has – and Hasn’t — Changed Since Martin Luther King Jr.’s Death” on Vox, or “How MLK Changed Black People and Challenged American’s Ideals” on the University of Texas website.

“When we look at modern man,” Dr. King once said, “we have to face the fact that modern man suffers from a kind of poverty of the spirit, which stands in glaring contrast with a scientific and technological abundance.”

Isn’t it time we did?

November 7, 2022
Should We Have Politics in America's Pulpits? HELL No!
Next Post

November 27, 2022 A Beginner's Guide to Advent
Recent Comments
0 | Leave a Comment
Browse Our Archives
Related posts from Woman to Woman 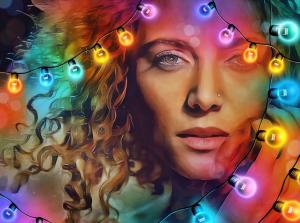 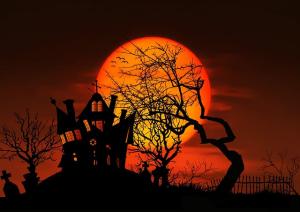 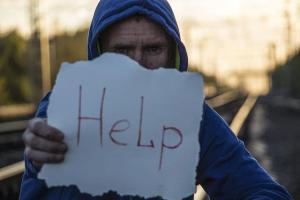 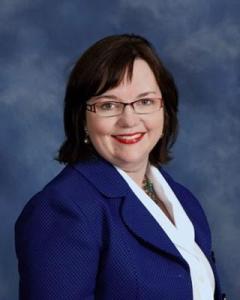