Getting My Kids to Get a Job!

Early sophomore year of high school, Mama told me I should deliver papers for the Honolulu Star Bulletin.  She had done the research.  The job would not only pay a couple hundred dollars a month but because we lived in the steep parts of Manoa Valley where the only reasonable way to deliver 242 papers/day was to drive, it also paid an $80 car stipend.

I balked—delivering papers every afternoon by 5 p.m. meant no after school extra-curricular activities and taking loser in-school P.E. instead of cool after-school PE.  But Mama didn’t care about P.E. let alone extra curricular activities.  She threw down her trump card.  This would enable us to stay at Punahou, our prep school. I had no defense.

Thus began the Tuan Family Paper Route delivering “The Pulse of Paradise” 7 days/week.  The Tuan Family Paper Route lasted for (I kid you not) another SIXTEEN years with my siblings Melinda then Priscilla then David taking it on one after another.  Even Scott, who I married FOURTEEN years after I started the paper route, had the rare joy of waking up at 5:00 a.m. one Sunday early morning while on Christmas vacation to stuff inserts into the Sunday paper.

Like it or not, a work ethic was drummed into me during these years of delivering papers.

But with the specter of college tuition this fall, to their chagrin, I’m trying anew.  Want to be sure you get to go to Disney with the orchestra?  Earn the money.

Unfortunately for me, helping a kid learn how to get a job has been as much work as working a job.  Nowadays, most service jobs require an online application.  Panera and Dunkin Donuts also required extensive questionnaires.  As I hovered over Ling and her Panera quiz, I kept seeing her answer answering truthfully but with the WRONG answer.

“You can’t really strongly agree that ‘When I try to persuade people no one listens’?  Compared to the rest of America??”

“Do you really strongly disagree that “I can keep calm when others are annoying me’?  Think outside the family!  Do you really go around blowing up at your friends?”

Of course not.  Needless to say, Panera never called.

Ling got a job at an Armenian grocery store through a friend.  We discovered it was an under the counter job when she got paid in cash.  She worked for 3 weekends until her friend texted that the owner was being forced by his sister to hire her daughter and had to let her go.

After weeks, she’s finally got 60 hours of work/week lined up at Dunkin Donuts and Forever21. . . if they ever decide to put her regularly on the schedule.

But as a friend pointed out to her, “Aren’t you glad you’re learning this now rather than when you’re 22 and also have to figure out rent and food and insurance and everything else?”

And to me, “She’s heard the consequences, lay off now!”

June 20, 2014 Cramming Spirituality
Recent Comments
0 | Leave a Comment
Browse Our Archives
get the latest from
Family
Sign up for our newsletter
POPULAR AT PATHEOS Family
1 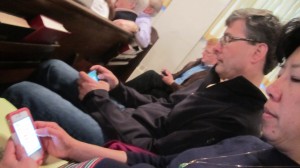 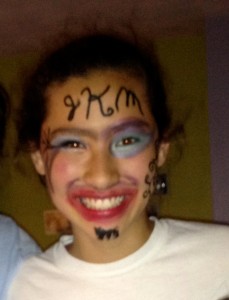 Family
Makeup in Middle Age or Why I Got...
Wordy Nerdy 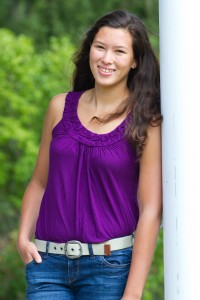