A Cultural Approach to Understanding Religion 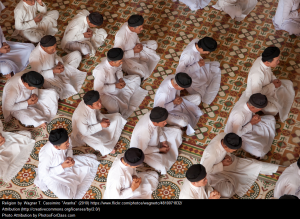 Teaching World Religions? Harvard Divinity School’s new edX course, Religious Literacy: Traditions and Scripture, offers a new approach to studying about religion that all teachers should consider. I am taking the course now and love it.  I can adapt many of the methods to my own high school religion class.

Culture provides the framework of the course and is based on the premise that politics, economics, and history provide the best lens for studying religion.

Professor Diane Moore teaches the course. She is head of the Religious Literacy Project and a lecturer on religious studies at Harvard Divinity School.

She presented  three assumptions about religion–that they are internally diverse, that they evolve and change over time, and that religious influences are embedded in culture. We completed interesting activities designed to demonstrate each of the assumptions.

For example, to better understand the internal diversity of Islam, we watched two clips from PBS Frontline, The Muslims. One clip described Islam under Turkey’s founder, Ataturk, who tried to suppress visible signs of Islam for the sake of westernization. Another clip showed Islam in Malaysia where it is much more visible and where the courts are based on Sharia law.

We also saw the diversity of religion in Hinduism. We read a summary of the the popular Hindu epic, the Ramayana, and then read a news story in which Delhi University’s Academic Council withdrew an essay about the Ramayana from their syllabus because of pressure from right-wing groups. These groups objected to the different ways the gods are portrayed throughout South and East Asia.

In order to see how much religion is embedded in culture,  we were directed to country calendars  to find examples of religious holidays and asked to find images from our community that showed the influence of religion.

Following the cultural approach,  we examined human nature and violence. Professor Moore introduced us to the Norwegian peace activist, Johan Galtung and his three types of violence–direct, structural, and cultural.

Direct violence is the kind we see every day where someone kills someone else. Structural violence restricts certain groups from equal access to the law. Apartheid in South Africa is an example of structural violence.

Cultural violence restricts minorities because of ingrained beliefs among the majority. Scientific racism is an example of such violence. We watched an interesting clip on phrenology (the study of skulls) during the 19th century designed to scientifically show the inferiority of minorities.

We searched for Galtung’s typologies in a moving documentary called The Imam and the Pastor, about two Nigerians who once fought against each other in militias but over time came together and formed a remarkable interfaith movement.

The last  units of the class, which ends in two weeks, introduces us to scripture where we are examining the oral traditions in Islam, Judaism, and Hinduism.

If you teach religion, you should definitely consider Professor Moore’s assumptions about religion and the cultural framework on which these assumptions are based.

You can enroll in the other modules in this series here. The Christianity module starts on April 5th. 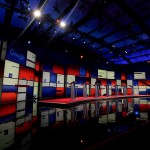 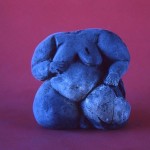 April 6, 2016 The Ascent of Woman
Recent Comments
0 | Leave a Comment
"Wooow. I love your articles a lot. Are you also searching for Cheap nursing writing ..."
Caroline Diseen Happy Birthday Ganesh! Resources
"I am a college student look to teach a religions of the World class in ..."
Susan Alverio Students Tackling Hate Speech
""Christ suffered for our sins once for all time.He never sinned,but he died for sinners ..."
Nahid The Christmas Message That All Faiths ..."
"The difference between Christianity & every other faith in the world is that all other ..."
Nahid The Christmas Message That All Faiths ..."
Browse Our Archives
get the latest from
Best of Patheos
Sign up for our newsletter
Related posts from World Religions

My Hospital Stay
It was September 2nd and even though it was a Thursday, it...
view all Interfaith blogs
What Are Your Thoughts?leave a comment
Copyright 2008-2021, Patheos. All rights reserved.