A Once Sacred Spot — Is It Still Sacred If There’s WiFi and Barbecue?

A Once Sacred Spot — Is It Still Sacred If There’s WiFi and Barbecue? June 9, 2015 Barbara Falconer Newhall

Eagle Top is nothing much. It’s just a hill. A short, sandy hill perched on Lake Michigan. Maybe not even a hill. More like a dune. A steep heap of sand held in place by the roots of oak trees and beach grass, and a steady year-round breeze off of Lake Michigan.

But for me as a kid, Eagle Top was a wild place. You could only get there by means of a steep sandy path that took determination to climb. It was a sweaty challenge and something you didn’t do every day. Which is why Eagle Top, the very top, had remained a wild and special place for so many generations.

Now somebody lives on Eagle Top. Somebody owns it. They bought it ten years ago and built a finicular up the steep sandy path. Nice people, I’m pretty sure. And they probably treasure what they think of as their fabulous view. Probably there are decks on Eagle Top now. Fireplaces. A barbecue. Beds. WiFi. In the evening, glasses of wine — or pop if the nice folks are teetotalers — no doubt get sipped by people sitting in deck chairs watching the sun paint yet another of its gaudy Lake Michigan sunsets.

I didn’t think it was possible to buy, sell or own Eagle Top. I thought Eagle Top belonged to itself. But then, I was just a kid when I first plopped myself down on that particular spot on earth.

Short as it is, Eagle Top is one of the tallest hills along its stretch of Lake Michigan. You get to it by way of an old Indian footpath known locally as Toad Road. Toad Road takes you through a patch of ferns to the foot of Eagle Top .

There, a steep, sandy path heads straight up the hill to the top. It’s a challenging climb, even if you’re in shape; the sand gives way under your weight and your foot slides back downhill with every step.

Eagle Top – as our mothers, our grandmother and great-grandmother had done before us — the Indians were gone (or so we were told) and so were the eagles.

But Eagle Top, the wild place, was still there with its watery breeze off the Lake, the scent of pine needles and last year’s fallen oak leaves breaking up in the sand, the rushing sound of waves falling on the beach below and oak leaves rattling overhead.

From the very top of Eagle Top, still breathless from the climb, our bare feet tucked into the warm sand, my cousin and I would stand quietly before the everlasting bigness of Lake Michigan. From where we stood – or lay sprawled on our beach towels – the Lake was something like a hundred miles across. Nothing but water, waves and sky, as far as our eyes could see.

It was a sacred spot. A place where the universe seemed intentional and benevolent. This day, this place, this sand and this hushing surf had been made for us. And all we had to do about it was breathe it in.

What Jeanie and I – and so many generations  of children and grown-ups before us, Indian and otherwise — took in at the top of Eagle Top was not what I’d call a view. It was something else. Something nameless.

Population growth, urban sprawl, real estate values – I was oblivious to these realities as a little kid. Eagle Top would always be there, I thought. I’d always be able to climb that hill and, for a moment in time, be there.

But Eagle Top isn’t there any more. Eagle Top is gone. And so is that nameless something.

For more Michigan stories go to “She Walked Around Lake Michigan, Now I Don’t Have To” and “A Manners-Challenged Kid Who Became the Apple of His Grandma’s Eye.”

A version of this story first appeared on BarbaraFalconerNewhall.com, where Barbara  riffs on life, family, books, writing, and her rocky spiritual journey. Barbara ‘s newly released interfaith book from Patheos Press is Wrestling with God: Stories of Doubt and Faith. 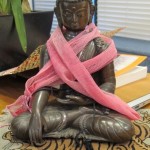 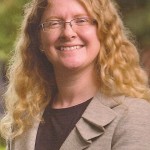 June 16, 2015 Catholic Memoir: Two Atheists Cheerfully Bite the Dust
Recent Comments
0 | Leave a Comment
"The Religions of Man / The World's Religions (I have both editions!) is essential reading. ..."
Tom Swiss Huston Smith — A Spiritual Companion ..."
"I have the book "The World's Religions", which I read in tandem with Alan Watt's ..."
Zenmyme Huston Smith — A Spiritual Companion ..."
"I love the prayer you wrote and the story behind it. Most of the words ..."
Michael Childs Can A Christian Say Kaddish for ..."
"So true. I notice that when I'm in a mode where I am able to ..."
Barbara Falconer Newhall I’m Not a Sinner and Neither ..."
Browse Our Archives
get the latest from
New Visions
Sign up for our newsletter
POPULAR AT PATHEOS New Visions
1 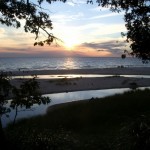 New Visions
Lake Michigan -- One of My Favorite Characters...
Wrestling with God

New Visions
Am I Trump's Idea of a Pathetic Loser?
Wrestling with God
TRENDING AT PATHEOS New Visions