Do Dogs Have Souls? This One Might February 9, 2016 Barbara Falconer Newhall 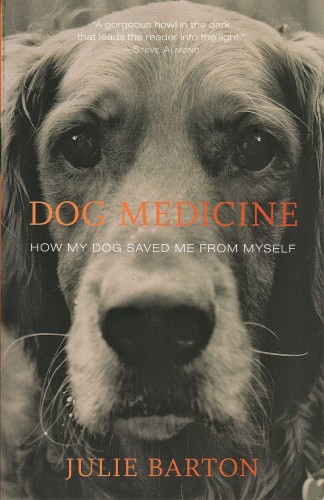 Do dogs have souls? Can they embody the divine?

A dog named Bunker kinda makes you wonder. Julie Barton calls Bunker her soulmate. They were as emotionally close as a dog and a person can be. But, to hear Barton tell it, there was more than just friendship going on here between dog and human. There was healing.

In her fine memoir, “Dog Medicine,” Barton describes her sudden descent into severe depression and the golden retriever, Bunker, whose devotion became her salvation. That’s the way Barton tells the story: I’d add that Barton’s devotion to Bunker played no small part in her return to health and life.

Barton begins her book with “I hope you’ll see yourself in this book.” I don’t see myself in this book. I don’t have depression, not the major type anyway. My brothers didn’t beat me up as a kid. And, having been attacked twice by huge neighborhood dogs, I’m not crazy about dogs. But I am crazy about this book.

“Dog Medicine” begins with Barton’s mental breakdown as a young woman just getting started in the New York publishing industry. A desperate phone call brings her mother to the rescue.

A ride back home to Ohio ensues. And soon Bunker, a golden retriever puppy, arrives on the scene. With that, the story of how a beloved pet helped restore this not-so-fragile-after-all young woman to health gets under way.

Barton is a brave woman. She’s written a story that’s ostensibly about a deep friendship with a dog. In fact, it’s the story of mental illness and childhood sibling abuse told from the inside out.

Julie is brave. Even braver is her brother, who apparently abused her regularly, physically and verbally, when they were children. That he has given his consent for their story to be told is a remarkable act

of generosity – to his writer sister, but also to other victims and perpetrators of past sibling abuse, many of whom no doubt suffer in isolation.

Dog lovers will enjoy this book hugely; I was fascinated by its insights into dog psychology and training. Lovers of memoir will appreciate Julie’s skillful retelling of a poignant story. And those who suspect that their pets are expressions of the divine will want to meet Bunker.

If you enjoyed this post you might like “At Point Reyes — Animals Wild and Tame.”  Also, “I Can’t Believe I Got in the Water With That 1400-Pound Whale.” 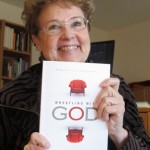 February 3, 2016
'Wrestling with God' Celebrates Its First Anniversary
Next Post 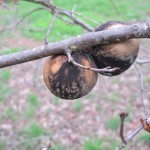 February 15, 2016 Seeing Christianity in a Radically New Way -- The Formidable, Saintly Simone Weil
Recent Comments
0 | Leave a Comment
"The Religions of Man / The World's Religions (I have both editions!) is essential reading. ..."
Tom Swiss Huston Smith — A Spiritual Companion ..."
"I have the book "The World's Religions", which I read in tandem with Alan Watt's ..."
Zenmyme Huston Smith — A Spiritual Companion ..."
"I love the prayer you wrote and the story behind it. Most of the words ..."
Michael Childs Can A Christian Say Kaddish for ..."
"So true. I notice that when I'm in a mode where I am able to ..."
Barbara Falconer Newhall I’m Not a Sinner and Neither ..."
Browse Our Archives
get the latest from
New Visions
Sign up for our newsletter
POPULAR AT PATHEOS New Visions
1

New Visions
Sex and the Single Evangelical -- A Hot...
Wrestling with God 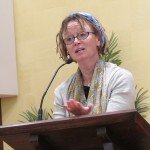 New Visions
Anne Lamott: 'Where Your Feet Are Is Sacred...
Wrestling with God