My poetic response to Facebook ‘Friends’ and Foes February 6, 2016 Robert A. H. Cohen

Sometimes it’s easier to say it in verse.

What follows was inspired by reactions to my last two blogs after they were posted on Facebook. The first post was a deconstruction of a pro-Israel rally poster, the second was in the form of a Letter to Anne Frank. The words in italics are all verbatim quotes from Facebook comments, all from fellow Jews.

You might recommend I just stay clear of Facebook. But to have a digital presence on the Israel/Palestine front that’s not really an option.

So here’s my poetic Jewish response.

You should be ashamed!

You are a disgrace!

But if you only knew me you wouldn’t say that

You are a fool!

But this is what I thought Being Jewish looked like

Most groups have an extremist self loathing fringe…

It’s true I made a mistake

…into a place where they have no right to be

I thought this is what Being Jewish looked like

I should have known better

Because other ways of Being Jewish are available

Robert Cohen you are a fool of the worst kind

Based on the Comments and the Likes

The other ways of Being Jewish

Are more valid than mine

Such is the (un)civil Jewish War

Mate, you need to take your head out of your tuchas

I’ve no idea how it ends

I hear the IDF is harvesting brains

Unfortunately they could not find one inside Robert Cohen

If you only knew me you wouldn’t say that

Robert, we both want the same thing

But is that peace and justice

Or merely peace and quiet

Do you seriously think your pals…

…Are going to give a flying f**k that you’re not like the other Jews??

I wrote a letter to Anne Frank

It seems he has been brainwashed…

I wasn’t expecting a reply

… by the culture of the sickest people

To ask what she thought of it all

But I did get a reply

This letter is shameful

But none from Anne

It must be true

I have read the wrong books

And met the wrong people

kill their own children

rather than part with their hatred of the Jews

But this response was better than some

I don’t think they are Jews

But I clearly have a talent

The very best in people.

Robert Cohen you are a disgrace to the Jewish people

I can’t understand the mental disorder kapos like you suffer

If you only knew me you wouldn’t say such things

But it is quite clear

That other ways of Being Jewish are available

I have arrived on the scene

The first bonafide call for my death

I hope you die at the hand of your beloved Muslims

With my values, ethics, human rights and obligations

Actually, maybe you would. 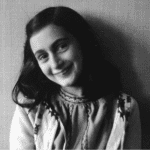 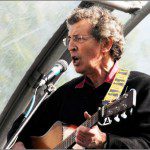 Did False Prophets Motivate Events at...
Jewish Voices
Related posts from Writing from the Edge

Jewish
B’Tselem, apartheid, and correcting the ethical grammar on...
Writing from the Edge

Jewish
From ‘Vision for Peace’ to ‘normalisation’ – 2020...
Writing from the Edge
TRENDING AT PATHEOS Jewish