Corbyn and Arkush show how Balfour is marking the end of the British consensus on Israel October 22, 2017 Robert A. H. Cohen

This past week Labour Party leader Jeremy Corbyn snubbed a dinner invitation from the Jewish Leadership Council while Jonathan Arkush, President of the Board of Deputies of British Jews, sent an angry email to the UK Ambassador to the United Nations.

Arthur Balfour and his infamous Declaration are to blame for both incidents.

It doesn’t sound like much to get worked up about. But you should do. As the Balfour centenary year approaches its climax on 2 November, we’re witnessing in Britain the fracturing of decades of mainstream political consensus over Israel and the gradual isolation of the Jewish communal leadership as it becomes ever more intolerant of Palestinian solidarity.

Three weeks ago at the annual Labour Party conference, Corbyn’s biggest applause line was not about Brexit or austerity but for this:

“Let’s give real support to end the oppression of the Palestinian people, the 50-year occupation and illegal settlement expansion and move to a genuine two-state solution of the Israel-Palestine conflict.”

It wasn’t only because the 4,000 party members in the hall endorsed the sentiment that they applauded for so long. It was because they were fed up with the intimidation from the Israel lobby in the UK that attempts to turn every expression of Palestinian solidarity into an investigation about antisemitism. See Jamie Stern-Weiner for a forensic take-down of the most recent attempt to make Labour toxic on this issue.

Corbyn has been a Patron of the Palestine Solidarity Campaign for many years. So it was hardly surprising that he refused the JLC invitation to celebrate Balfour when Palestinians view the document as an historic betrayal of their rights. It would have been astonishing if the Labour leader had said “yes”. And the JLC would have known that.

That didn’t stop the JLC Chair, Jonathan Goldstein, from using the dinner refusal to accuse Corbyn of more anti-Jewish sentiment. But that was likely the plan all along.

“I do think it will not have been amiss for Mr Corbyn to understand that the Jewish community will have taken great heart and great comfort for seeing him attend such an event because it recognises the right of Israel to exist.”

You can be sure though that Tony Blair or Gordon Brown would have accepted the invite if either of them had still been leading the Labour Party today. So times have certainly changed.

The Board gets mad but not even

Meanwhile, over at the Board of Deputies, there’s been plenty of pointless bashing and feigned upset going on too in the last few days.

The whole story turns on a tweet sent by a member of the UK’s UN Mission in New York which said:

Let us remember, there are 2 halves of #Balfour, 2nd of which has not been fulfilled. There is unfinished business. @AmbassadorAllen #Israel pic.twitter.com/BoAXOcsKdz

“Let us remember, there are 2 halves of #Balfour, 2nd of which has not been fulfilled. There is unfinished business. @AmbassadorAllen #Israel”

Whoever composed and sent the tweet was referring to the second half of the Balfour Declaration which follows the promise of a Jewish “national home” with this reassurance:

The “existing non-Jewish communities” were of course the 90% plus indigenous Arabs living in Palestine who were not considered even worthy of the slightest consultation on the matter.

Also worth noting is that this anonymous majority of non-Jews were only being promised “civil and religious rights” while the Jews were being promised national and political rights.

President Arkush was furious though. He wasted no time in dashing off an apoplectic email rebuking the UK Ambassador to the UN, Matthew Rycroft, and conveying his “deep disappointment”. Arkush described the tweet as: “unworthy, hostile, unbalanced, negative and evidently intended as criticism of the State of Israel”.

It’s worth a moment to examine Arkush’s tweet critique because it turns out that: “unworthy, hostile, unbalanced, negative” is a better description of the Board President than the UK’s Mission to New York.

Arkush is keen to give Ambassador Rycroft the standard Zionist history lesson in which all blame for the last 100 years of conflict rests squarely, and exclusively, with the intransigent and rejectionist Palestinians.

“First, the “civil and religious rights of all existing non-Jewish communities in [former] Palestine” (the terms used in the Balfour Declaration) are fully protected.”

Well, that’s hardly true in the 60% of the West Bank under total Israeli control for the last 50 years where the lives of Palestinians are administered under an apartheid regime. Nor can it be true for the 1.8m Gazans besieged by Israel by land, sea and air. And while the Palestinian citizens of Israel itself (20% of the population) have freedom of movement and democratic voting rights they are still discriminated against in a host of other ways.

Arkush attempts another line of attack:

“Secondly, the United Nations offered the partition of Palestine between the Jewish and Arab communities more than once.  The Jewish community accepted, the Arabs rejected it outright.”

But why would the Palestinians have voluntarily offered to partition their land when they were still the majority in numbers and ownership but were being offered less than half the territory?

“Thirdly, the Balfour Declaration was no more or no less than a British Government expression of sympathy.  It came 30 years before the UN vote to establish a Jewish homeland.  If an Arab or Palestinian homeland was not established, that cannot be the fault of Israel, which did not exist, but would be a criticism of either the international community, or more fairly the Arab community who repeatedly rejected the notion of establishing their own country.”

But the original tweet (if you can remember that far back) doesn’t mention Israel at all. It simply talks about “unfinished business”.  The responsibility to fix this does not rest solely with Israel or the Palestinians. The problem, as Arkush admits, was created internationally. It will need to be solved internationally too. And if the Balfour Declaration was nothing more than an “expression of sympathy” why has its celebration become the touchstone of support for Israel and criticism of it a mark of antisemitism?

Arkush then blames the Palestinians for all on-going rejection and violence.

“At Camp David the PLO was offered recognition of a Palestinian state on 95% of the West Bank.  Yasser Arafat rejected it and responded by starting a cycle of violence which continues to this day.”

Much has been written about the so-called “generous offer” made to Arafat at Camp David in 2000. It was no such thing. Check it out if you want to know how to challenge this perennial distortion of recent history.

It’s the mismatch in attitudes between the British Conservative government, on whom he can rely on for support to Israel, and the career diplomats in New York who actually understand what’s gone on and have studied a bit of history and read the occasional book on the subject.

Well, President Arkush, God forbid anyone should be leaving themselves open to a charge of hypocrisy.

The problem for our Jewish leaders in the UK is that they have put all their Israeli eggs into one Conservative shaped basket. And the current chaos of Brexit negotiations hardly makes the Tories look like the ‘natural party of government’.

However, in truth our Jewish leadership’s mistake goes back much further. Signing up to be the puppets of the State of Israel’s Foreign Ministry is where it all went wrong.

The JLC, the Board, and indeed the Chief Rabbi, now look like nothing more than local adjuncts to the Israeli Embassy. Years ago they should, and could, have taken on the role of critical friend to Israel and developed a nuanced Jewish diaspora position that held Israel to account for its excesses and campaigned for a genuine 2-state solution. But instead they opted to be local sub-contractors for Israeli propaganda. And now it’s too late to turn back.

So the Balfour anniversary year is turning out to be more revealing and significant than I imagined 12 months ago.

At a national political level there is now no agreement over Israel at Westminster.

Meanwhile the formal Jewish leadership in the UK are painting themselves into a blue and white corner and looking ever more out of touch with a general public which is beginning to understand that Israel/Palestine is a conflict about human rights and not about terrorism. As for bullying national politicians and career diplomats over Israel that does not look like smart communal politics and certainly nothing like the Jewish tradition championing justice and compassion.

The final two weeks of the Balfour anniversary year will show up further divisions on Israel across British public life. There are numerous speeches, rallies, marches, celebrations and protests planned across the country. They will prove that Britain no longer has a consensus on Israel. 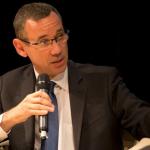 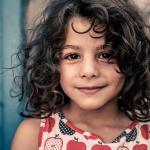 November 1, 2017 For the children of Palestine the second Balfour century has already begun
Recent Comments
0 | Leave a Comment
Browse Our Archives
get the latest from
Writing from the Edge
Sign up for our newsletter
POPULAR AT PATHEOS Jewish
1