The 100th anniversary of the Balfour Declaration is nearly upon us (November 2nd 2017) and its 67 words of apparent British imperial generosity towards the Jewish people are already taking on sacred status.

We are about to canonise Foreign Secretary Arthur Balfour, and turn his letter to Lord Rothschild, which viewed “with favour” the establishment of a Jewish “national home” in Palestine, into a holy Jewish text.

But unlike other Jewish scripture, these are not words our rabbis will be allowed to examine, verse by verse, in synagogue sermons, nor our students wrestle with in yeshiva study halls.

For the sake of future Jewish generations, not to mention historians of the 20th century, it would be a good idea to put a stop to this manufacturing of holiness, this muddling of religion and nationalism. It’s only adding to the mountain of historical and political deceit that blocks the road to a place of justice and peace.

So how does British imperial wheeling and dealing become sanctified? For the Balfour Declaration there are six easy steps to take you there:

1. ‘The Jewish right to national self-determination is an inalienable right’

2. ‘The Balfour Declaration recognised that right’

3. ‘To question Balfour is to question that right and by implication the right of the State of Israel to exist’

4. ‘To question the right of Israel to exist is an act of antisemitism, denying to Jews that which you allow to everyone else’

And so you have it. Instant sanctification!

And instant blasphemy too if you dare to question this quasi-Jewish sophistry.

It’s a construction that plays games with notions of political rights, with European conceptions of nationhood, and with Jewish history. Then it wraps it up with an interpretation of Judaism at odds with 1800 years of rabbinic thinking on the meaning of Jewish exile. It also ignores the principled and far sighted objections to Balfour expressed by leading Jews in 1917 who saw the flaws in Zionism for Jews in Britain and for Arabs in Palestine.

The chief exponent of today’s sanctification of Balfour is the Israeli Ambassador to the United Kingdom, Mark Regev.

This is the same Mark Regev you may remember watching on the TV news defending Israeli assaults on Gaza in 2008/9, 2012, and 2014 when he was the Israeli Prime Minister’s official spokesman. His well-sharpened talking points and his calm, unemotional performance in front of a camera would help him land his promotion to London in 2015.

Lately, Regev has been speaking at various events promoting the anniversary of the Balfour Declaration as a moment to be celebrated while simultaneously demonising anyone who refuses an invitation to the Balfour party.

In June he spoke at a We Believe in Israel event for ‘activists’. Here’s a flavour of his rhetoric against Balfour dissenters:

“If you are against Balfour you are against Israel, you’re against reconciliation, you’re against peace. And let’s speak clearly, because if someone stands up and says I’m against the Jewish national home they are basically saying Israel should never have been created in the first place. And if you call upon the British Government today to apologise for Balfour you are basically expressing an extremist position that says Israel should not be there. And so let’s be clear, opposition to Balfour is opposition to the very existence of the Jewish national home. And it should be exposed.”

Not only about Jews

But let’s be clear, Ambassador Regev, Balfour cannot be a Jewish text only. Because Balfour is not only about Jews. This document belongs to another people just as much as it does to us. Even when those people, the majority in the land in 1917, were reduced by Balfour to merely the “non-Jewish communities in Palestine.”

It’s impossible to have an honest commemoration of Balfour without acknowledging the consequences for both the Jews and the Palestinians.

But as soon as Balfour becomes a sacred text, where criticism becomes blasphemy, you immediately destroy all space for scrutiny and questions, and indeed honesty.

The sanctification of Balfour allows Ambassador Regev to talk in terms of “exposing extremism”. But what’s so extreme about asking people to consider the consequences of a clearly biased piece of imperial diplomacy designed to strengthen Britain’s hand in wartime and in the post-war settlement? While the Zionist movement in Britain was intimately involved in the drafting of the Declaration there was no intention of even consulting the indigenous population.

In Jewish history the Balfour Declaration is undoubtedly a turning point. It was the moment when the nationalist project for a Jewish ‘return’ to the ‘promised land’ became not just an idea or a dream but an achievable ambition. Balfour led to the British Mandate after the First World War, which, through various twists and turns, led to the creation of the State of Israel in 1948.

For the Palestinians, Balfour is equally momentous, but for all the wrong reasons.

For the Palestinians, Balfour marks the beginning of their displacement, dispersion and exile. How else was this building of a Jewish home land (which the Zionist leadership always intended to be a Jewish majority State) going to be realised? Balfour was always bad news for the Palestinians.

So how can we celebrate Balfour with “pride” as Theresa May insists it should be? How can the seeds of a tragedy for another people be so brazenly ignored?

There will certainly be no apology from Britain. The Government has already responded to that demand and announced that:

“The Balfour Declaration is an historic statement for which Her Majesty’s Government does not intend to apologise…a full assessment of the Declaration and what followed from it can only be made by historians.”

But Balfour is still not history. It’s current affairs. That’s the problem.

One hundred years after Balfour we have an on-going Nakba, an endless occupation, an annexation, a siege and discrimination against Palestinians from the Jordan river to the Mediterranean.

Questioning the ethics of Balfour and its consequences is not about being “against Israel”, “against peace” or “against reconciliation”. On the contrary, it’s a call for an open and honest appraisal of what has taken place and a cry for equality for all who call the Holy Land home. That’s not a position that requires demonisation.

In 2017 there’s no turning the clock back to a time before Balfour. But we can look ahead and ask what a just peace in the Holy Land ought to look like. That’s not being sacrilegious and that’s not antisemitism.

So let’s not turn Balfour into a holy Jewish text. Let’s not celebrate, with pride, a document which has caused so much pain. And let’s not brand its critics as extremists. None of this is in the slightest way helpful, unless of course, Mr Regev, your aim is not reconciliation but the closing down of public debate. 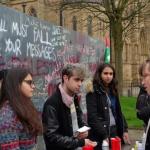 September 9, 2017
Trust Me, I Was Once a First-Year Jewish Student Too
Next Post 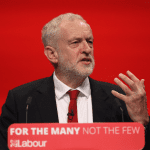 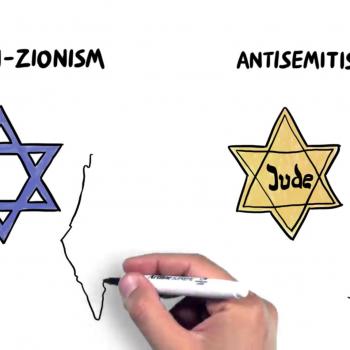 Jewish
How Jonathan Sacks dumbs-down Jewish history to defend...
Writing from the Edge

Jewish
The Jewish establishment’s ‘War Against Corbyn’ risks bringing...
Writing from the Edge

Jewish
Dear Ed Husain, don’t let your call for...
Writing from the Edge 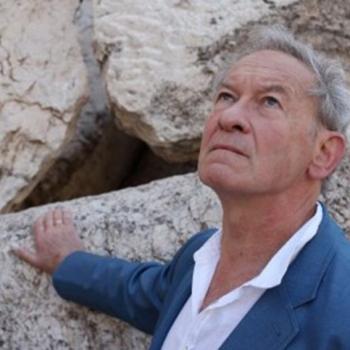