Pat McNamara on “Why I Am Catholic” 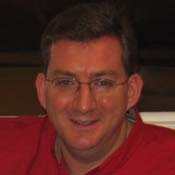 One of the first blogs I ever read was McNamara’s Blog. I enjoy it because I enjoy history. And as a new Catholic, the amount of Church history I do know is tiny compared to what is available for me to learn. Pat McNamara, who also has a column over at Patheos, helps bring Church History to life for me.

This is the second time I have asked one of my blogging friends to write a post for me answering the phrase that headlines this space. Remember the first time? Each of us has a different reason, but as conversion is on-going (and not a “one and done event”) each one of us must confront the reason as we make progress along the path of our individual pilgrimages.

So Pat, if I asked you to answer “Why I Am Catholic,” what would you say?

Because of Church History, Not In Spite of It
by Pat McNamara

Today, the question is asked with greater frequency, in a variety of places: Why Stay Catholic? People are leaving the Church for various reasons: celibacy, lack of leadership roles for women, abuse scandals, issues relating to sex and sexuality, and a sense that the leadership is out of touch with the people. At some point or another, every Catholic has to ask themselves: Why am I Catholic?

For me personally, history has a lot to do it. Catholics are literally surrounded by it. In our churches, we worship amid statues, paintings, mosaics and stained glass windows that depict past people and events. We sing hymns written long ago, sometimes centuries. While there have been many changes in the post-Vatican II Church, there are more continuities than we credit it for.

I’ve never had a head for philosophy or theology, and apologetics aren’t among my gifts. But from early on, Church history has been in my blood. Years ago, I found a quote that has become my favorite, from an English Protestant historian named Thomas Babington Macaulay. I love to use it when teaching the subject:

There is not and there never was on this earth, a work of human policy so well deserving of examination as the Roman Catholic Church… She saw the commencement of all the governments and of all the ecclesiastical establishments that now exist in the world; and we feel no assurance that she is not destined to see the end of them all. She was great and respected before the Saxon had set foot on Britain, before the Frank had passed the Rhine, when Grecian eloquence still flourished in Antioch, when idols were still worshipped in the temple of Mecca. And she may still exist in undiminished vigour when some traveler from New Zealand shall, in the midst of a vast solitude, take his stand on a broken arch of London Bridge to sketch the ruins of St. Paul’s.

As Macaulay says, there’s never been anything like it in world history. For better or for worse, you can’t talk about the last two millennia without referencing it.

For Catholics, Church history is the story of God’s People in a particular time and in a particular place. That is to say, the fallible People of God. Take the words of Jean Baptiste Lacordaire (1802-1865), the French Dominican priest who was probably the greatest Catholic preacher of his time:

God has indeed conferred upon His Church the prerogative of infallibility, but to none of her members has He granted immunity from sin. Peter was a sinner and a renegade, and God has been at pains to have that fact recorded in the Gospels.

Right from the night of the Last Supper, there have been low points in Church history. Often cited are the Crusades, the Inquisition, and Pope Pius XII’s “silence” during the Holocaust. But let’s take the Renaissance Papacy, now the subject of an HBO minseries. Historian Eamon Duffy writes of it:

The Renaissance papacy evokes images of a Hollywood spectacular, all decadence and drag. Contemporaries viewed Renaissance Rome as we now view Nixon’s Washington, a city of expense-account whores and political graft, where everything and everyone had a price, where nothing and nobody could be trusted. The popes themselves seemed to set the tone.

Yet despite scandal and schism, the next hundred years also saw some of history’s greatest saints: Ignatius of Loyola, Teresa of Avila, John of the Cross, Francis De Sales, and Vincent De Paul, to name just a few. Blessed John Henry Newman considered this “one of the great arguments for Christianity.”

So there are high points and low points in Church history, but Catholics don’t see it as a meaningless cycle as the ancients did. In his City of God, St. Augustine explained the Christian understanding of history as linear, with a starting and ending point. As a Church, we have our ups and downs. We fall along the way. But we get up and move on toward our ultimate goal together. People create scandals, but God sends graces, and the people who respond to it we call saints.

History shows us, then, that we need not despair. There is hope. Father James Kent Stone, a 19th century American priest, wrote, “Yes, there have been scandals… if we look for them. But there have been saints and martyrs… of whom the world knows nothing. And there are saints still.” And though we are all fallible, from top to bottom, Jesus promised to remain with us until the end of time.

As people of faith, therefore, we have an obligation not to be discouraged, but to keep hope. For help is always in sight, and God’s grace is waiting for us to to respond. So for those of us who are discouraged by the current state of the Church, fear not. As Father Stone noted, the saints aren’t coming. They’re already here!

That’s why I am Catholic, and proud of it.

April 28, 2011 To Train My Family to Pray, And Lead Them By Example
Recent Comments
0 | Leave a Comment
Browse Our Archives
Follow Us!

Please Read My Friend's Article on Gun Violence
I want to take a moment today to draw attention to my...
view all Catholic blogs
What Are Your Thoughts?leave a comment
Copyright 2008-2020, Patheos. All rights reserved.