The Rainbow (A Few Words For Wednesday)

The Rainbow (A Few Words For Wednesday) August 17, 2011 Frank Weathers 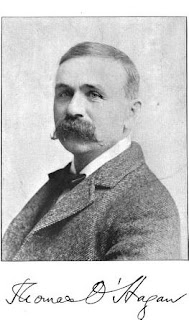 A wiser man than I once said,

When, indeed, the artist desires to teach us a great spiritual truth, he invariably expresses it under the form of an allegory or symbol. For the soul dreams ‘neath the star-sown sky of symbol. It is spiritually its lisping language—the divine form of its expression.

…Yes, verily, the true gods do sigh for the cost and pain in making a poet out of a man. He shall henceforth see all things not through a colored glass, darkly, but with that inner eye, which, to the material and gross is sealed, but which is full of vision to the inspired and chosen few. His soul henceforth shall be in touch with both the lowly and Divine, for the function and office of poetry is to interpret unto man the glory of God in the universe.

The words above are those of a man of letters, a teacher, a poet, a Canadian, and a Catholic. His name is Thomas O’Hagan, Ph.D., the son of Irish immigrants. His biography reads as follows,

The youngest son of John and Bridget (O’Reilly) O’Hagan, natives of County Kerry, Ireland, was born in ‘the Gore of Toronto,’ on the 6th of March, 1855, and was a babe in arms, when his parents, three brothers, a sister and himself, moved into the wilderness of the county of Bruce, Ontario. They located in the township of Elderslie, three miles from the village of Paisley. The other settlers were mostly Highland Scotch, and Thomas as a lad learned to speak quite fluently not only the Gaelic tongue of his neighbours, but also the Keltic Irish, which was spoken freely by his parents. He attended the public school of the settlement where the teachers were Scotch, and where he applied himself with such diligence and ability that he won a Second Class Teacher’s Certificate at the early age of sixteen

Few Canadians have devoted so much time to academic study as Dr. O’Hagan. After graduating from St. Michael’s College, a prize winner in Latin and English, he entered the Ottawa University and graduated B.A., in 1882, with honours in English, Latin, French and German. Three years later the same University conferred on him the degree of M.A. In 1889, he received the degree of Ph.D. from Syracuse University: and in subsequent years took postgraduate work at Cornell, Columbia, Chicago, Louvain, Grenoble and Fribourg Universities. In September, 1914, Laval University, Montreal, conferred on him the honorary degree of Litt.D.

What tipped me off to him was a slim volume I had added to the Bookshelf over yonder (see right sidebar) a while back. Entitled, Essays on Catholic Life, I perused it anew in search of a poem. In it I found the thoughts that began this post, as O’Hagen presented poems of Tennyson, Browning, and Elizabeth Barret Browning in an essay on The Office and Function of Poetry. Go check it out.

But I also found some of his own poetry and you can now find a number of his books on the handy, dandy, YIMCatholic Bookshelf, you know, over yonder. I’ll share this short poem he wrote because this has become an altogether too long, and probably the longest post, that has ever run under the title “A Few Words for Wednesday.”

The Rainbow
A covenant of the peace that reigns
Between two great strong lands,
Whose glorious heritage of worth
Is gift of God—not hands;
Where Truth and Honor have a home
An altar bright and fair—
Pure as the lily of the field,
Wrapt in deep slumb’rous air.
O beauteous arch of faith and love!
Shine through the mists of life,
And fill our dreams of toil and care
With gift of prayer—not strife;
Light with thy beams our darkest days,
Rain down in mystic love
The joyance of the star-clad hours
That fills each life above.
Link with a bond of sweetest joy,
In memory fair as thine,
The hearts that plan, the souls that pray,
Within Loretto’s shrine,
That in the blossoming years afar
May shine out nobly good
The virtues of that Convent home
Where dwells true Womanhood.

August 18, 2011 For the Earth and Its Fullness...UPDATED!
Recent Comments
0 | Leave a Comment
Browse Our Archives
get the latest from
Catholic
Sign up for our newsletter
POPULAR AT PATHEOS Catholic
1

When a Good Catholic Girl Goes...
Sick Pilgrim
Related posts from Why I Am Catholic 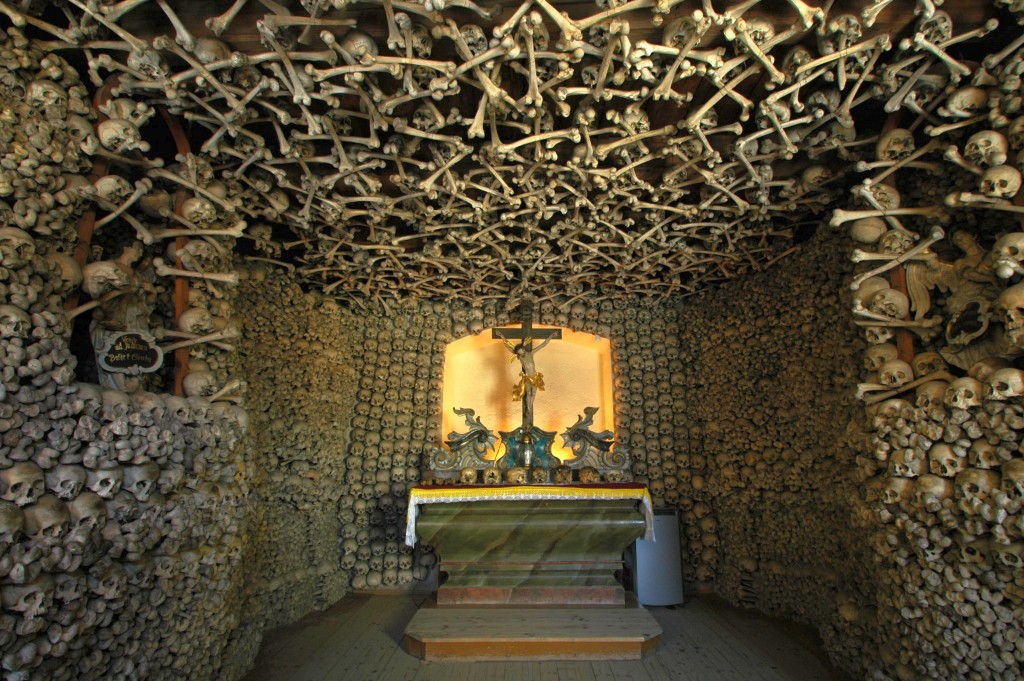