For What Happens To Our Bodies When We Die, And Rise Again…

“And he said to me: Son of man, dost thou think these bones shall live? And I answered: O Lord God, thou knowest.”—Ezekiel xxxvii, 3

Have I been blessed with visions of the 7th heaven?  Ridden on the wings of angels to mystical union with God, who supplies my need for specifics on how we will be when eternity arrives for me?

I just believe the gospel, and happily leave the heavy lifting to others. Others who have been gifted with the insights that Joe Six-Pack lacks.

I am none the worse for wear as a result.

Indeed, I’m happy to answer many theological questions just like Ezekiel does above, “O Lord God, thou knowest”, and continue on handling the tasks that I can understand, while trying to love God & neighbor to the best of my ability.

That’s enough to keep me busy, I assure you.

“But Frank! You’re not the least bit curious about how it all works?”

Will that happen while my body & soul are still enjoying tinkering on my car, rooting for the Dodgers, and quenching my thirst with pints of beer? Maybe.

My child-like faith makes me believe it’s more likely, though, that my soul will undergo a particular judgement upon my death, while my (hopefully intact) body will be buried awaiting the Last Judgement at the end of time.

I don’t believe, then, that my soul will be redeemed, and take up residence in some new body soon thereafter.

According to the scriptures, he got his body back. With all of his own bones, with all of his scars (which seem to not have healed completely when he appeared to Thomas and the gang), and with every hair on his head.

There wasn’t a bag of bones still entombed under Golgatha, and a new bodied Jesus standing in the midst of the Apostles. Not in the passages I’ve read, anyway. A sage writes,

“He rose; so will mankind. He was the very same on Easter day, yet with differences. So shall we be at the resurrection of the dead.”

The folks whose bones were used to build the church in Poland in the photograph above? It’s my simple belief that they will be getting their bones back, along with a glorified version of the body that Christ will restore to them.

St. Catherine of Siena? She’ll will be wanting her head back, gang. And she won’t be denied it.

All the other saints whose bones are resting in reliquaries in churches throughout the world? Reassembling ‘em is going to cause a mess, for sure. Not that we’ll mind.

If you’d like, I’ll leave you lots of things to chase down in order to fill your time on this question. There’s this sermon by St. Augustine, for instance where he addresses the word body 51 times.

There are twenty-six other selections from the YIMCatholic Bookshelf about the resurrection of the body, in case you have insomnia.

And there is Pope St. John Paul II’s Theology of the Body lectures, where he reminds us about the resurrection from time to time. Like here.

I think I’m going to go have a beer now. Ciao! 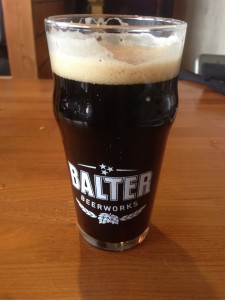 May 18, 2016
On the HHS Mandate, We're Approaching the Line of Departure REVISITED
Next Post

May 24, 2016 Apparently, There USED to be Secrets of Fatima
Browse Our Archives
Related posts from Why I Am Catholic