The Most Consistent, Pro-Freedom, Pro-Constitution, Pro-Life, Candidate in the Race UPDATED 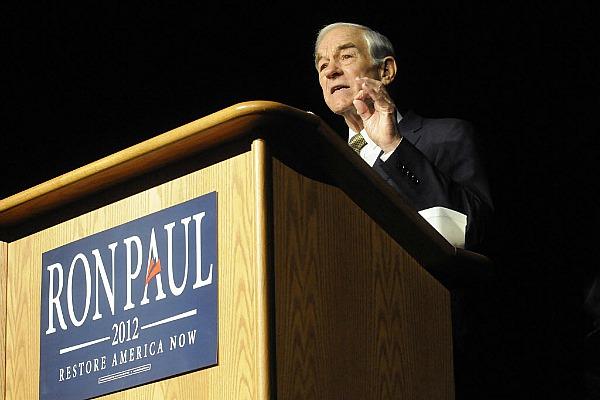 There is definitely a “new top tier,” and the favorite of folks in the military, as well as one of the favorites of Catholic employees, is definitely in the race. Much to the chagrin of professional consultants and pollsters, I might add.

Here he is shiving in the cold answering questions from the surprised (“I thought we were ignoring this guy?”) Fox News correspondent. But first, he gives a little speech that for some strange reason seems to resonate with folks nowadays.

The RealClearPolitics polls can be found here. And here Mr. Paul is again in his own words during last nights debate in Iowa,

Some say he’s crazy and unelectable. But what he doesn’t say is wild stuff like “what happens in the private sector, stays in the private sector,” eh Mr. Gringrich? And what’s all that stuff about taking your oath of office seriously? How quaint. And he’s been married for 54 years to the same woman? Sheesh. Practically certifiable behavior, that.

On the other hand, Mr. Perry, Mr. Romney, and Mrs. Bachmann learned something from Congressman Paul of value too. Hey! Maybe there is a spot for them in President Paul’s Cabinet? Heh, I kinda doubt it.

I’m not saying Ron Paul is a sinless, perfect, punches all the right buttons, all the time, super hero that can do no wrong. I just hope he is still on the ballot when Super Tuesday rolls around.

All the other candidates (from either side of the aisle) leave me thinking that something ugly like the vision the character played by Christopher Walken had in the film adaptation of Steven King’s The Dead Zone had.

Ugh. Good thing we’ve got some major infrastructure projects to work on to put Americans back to work. Oh wait, those jobs have been outsourced to China?!

What the hell?! Big Mammon + Big Government wins again. No, I won’t be voting for the status quo. Not at this rate.

December 12, 2011 Christmas Tunes You Can Listen To All Year
Recent Comments
0 | Leave a Comment
Browse Our Archives
get the latest from
Catholic
Sign up for our newsletter
POPULAR AT PATHEOS Catholic
1