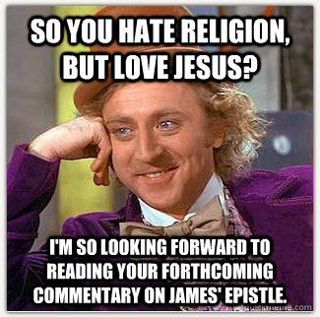 Sometimes, something goes so viral that all you can do is shake your head and wonder, “what are people thinking?” Then again, I realize that many of us are conditioned to respond to things that are nearly correct, even if they are, in truth, way off base. Consider the mad rounds of clapping in recent political debates when swaggering candidates talk of killing our nation’s enemies, alleged or otherwise, foreign or domestic. Or the real estate, or Dot Com bubbles.

I chalk it up to the “madness of crowds,” “animal spirits,” and in the case of religion, a lack of curiosity about what Christianity truly is all about, which I was guilty of for most of my own life. And, dare I say it, how ’bout that Bible, huh? Willy Wonka knows. 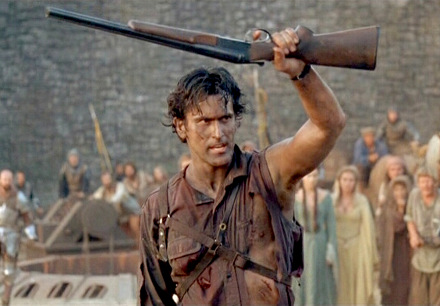 In the interest, then, of balancing ignorance with truth, I present Fr. Robert Barron’s responses to the “Hate Religion, Love Jesus” video of Jefferson Bethke for your viewing pleasure. There are two videos, actually, which means that Bethke’s video, and more importantly the erroneous thoughts that it is founded upon, contradict Christianity so egregiously, that Fr. Barron and the good folks at Word on Fire devoted enough time to put close to 20 minutes of video up to address it. Think of these as both barrels of a double-barreled shotgun firing ammunition of charity, and clarity.

Video #2, wherein we learn the meaning if a few words and rediscover a few heresies that many have never heard of, and didn’t even know they were unwittingly following.

January 18, 2012
Songs of Education, History (A Few Words for Wednesday)
Next Post

January 20, 2012 For The Natural Law and a Pile of Shoes
Recent Comments
0 | Leave a Comment
"Vaya con Dios, Leonard; Rest in Peace."
AnonCollie Leonard Nimoy Explains The Origin Of ..."
"Thank you for sharing"
Andy To Break My Fast from Being ..."
"I've seen Matt Maher live four times...twice since this song was released. I absolutely love ..."
Veritas81 WYD Flashback With Matt Maher, And ..."
"Yes, and Dolan should have corrected the scandalous and wrong decison of his predecessor when ..."
sixbunnies Archdiocese of New York Health Plan ..."
Browse Our Archives
Related posts from Why I Am Catholic