An “All That Remains” Praise Report

Fresh off spending an evening at the Oscars with family and long-distance friends (thanks to the wonders of television and Facebook), I just happened to notice where your favorite film producers’ (ahem, that’s me, in case you’ve forgotten) fund-raising kitty for the film All That Remains is sitting. It being Lent, the season for almsgiving mind you, a kind soul has taken the opportunity to show the project some mercy in the form of a $2,000 donation. Anonymously.

Wow, that is both unexpected and amazing. Thank you for your generosity, whoever you are! Dominic and Ian Higgins, and their able crew at Major Oak Entertainment, appreciate your gift. We also want to thank the other fine folks who have contributed in all of the campaigns to date on IndieGogo to the tune of $8,262 since the end of last August.

And please, keep praying and passing the hat and adding to it, por favor. We could use more, (See sidebar ==>>) so we can pay the actors needed to bring this story to life,

Will it win an Oscar? Not without help from good folks like you. Have a look at all the hard work going into bringing Dr. Tagashi Nagai’s, and the peoples of Nagasakai, story to life.

The grand design of All That Remains

As we work hard on raising the much needed budget for the drama sequences, there’s an awful lot of other work to be done. The main focus right now is on the script, which is currently being re-worked. As anticipated before our trip to Japan, the interviews and personal experiences we encountered has greatly influenced the drama aspects, but this is just one of many jobs that needs to be done…

The other big job that has to be tackled before we can shoot is the production design and pre-visualisation of certain scenes – that is storyboarding, “pre-visual” artwork and test shots of the special effects. All films require an enormous amount of planning, but a film that deals with epic scenes of war and destruction demands so much more.

Directors Ian and Dominic Higgins always like to envisage a scene before they shoot it and often, at the back of their sets, you’ll find a wall covered in storyboard art.

“Storyboards are vital for working out potential problems before you even pick up a camera”, explains Ian. “But, most importantly, they allow us to convey our vision for a particular scene to all the crew and cast, so everyone knows what to do”.

“The other reason they are so important is they act as check list of shots, when you have to have a certain amount of shots in the bag before the end of day, it’s so easy to miss one or two because things can become a mad blur of activity”, adds Dominic.

Go read the rest over at the production blog. Guess what else? Donations are great, but owners are welcome too. Ian and Dominic are looking for investors, so if you know anyone interested (Warren Buffet maybe?), get this post into their hands. Or drop them a line here.

Thanks again for your generosity, and for your support of this film. 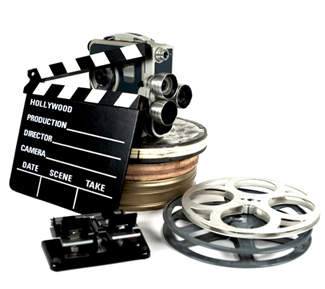 February 25, 2012
Awaiting an Apology from POTUS = Crickets Chirping, and Other HHS Mandate Tidbits
Next Post

March 1, 2012 Another $1,000 Donation Received for "All That Remains", And North Korea Is Giving Up Her NUKES?
Recent Comments
0 | Leave a Comment
"Vaya con Dios, Leonard; Rest in Peace."
AnonCollie Leonard Nimoy Explains The Origin Of ..."
"Thank you for sharing"
Andy To Break My Fast from Being ..."
"I've seen Matt Maher live four times...twice since this song was released. I absolutely love ..."
Veritas81 WYD Flashback With Matt Maher, And ..."
"Yes, and Dolan should have corrected the scandalous and wrong decison of his predecessor when ..."
sixbunnies Archdiocese of New York Health Plan ..."
Browse Our Archives
Follow Us!