Mr. Obama? The Church Will Bury You 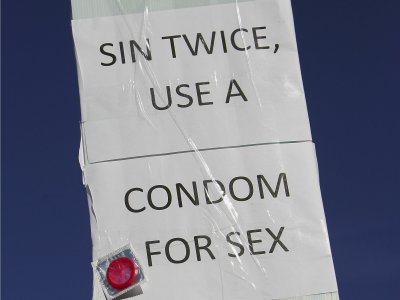 So says a couple of secular journalists in the Business Insider article with the greatest title ever. Time to Admit it: The Church Has Always Been Right On Birth Control. Here’s a taste,

Painting the Catholic Church as “out of touch” is like shooting fish in a barrel, what with the funny hats and gilded churches. And nothing makes it easier than the Church’s stance against contraception.
Many people, (including our editor) are wondering why the Catholic Church doesn’t just ditch this requirement. They note that most Catholics ignore it, and that most everyone else finds it divisive, or “out-dated.”

C’mon! It’s the 21st century, they say! Don’t they SEE that it’s STUPID, they scream.

Here’s the thing, though: the Catholic Church is the world’s biggest and oldest organization. It has buried all of the greatest empires known to man, from the Romans to the Soviets. It has establishments literally all over the world, touching every area of human endeavor. It’s given us some of the world’s greatest thinkers, from Saint Augustine on down to René Girard. When it does things, it usually has a good reason. Everyone has a right to disagree, but it’s not that they’re a bunch of crazy old white dudes who are stuck in the Middle Ages.

Get it folks? Go read the whole thing.

And when the rest of the large portion of the populace realizes what the real issue is all about, freedoms guaranteed under the Constitution, the burial of this administration will be by avalanche.

Give ’em a taste of that now. And remember, do it with love, as required in a corporal work of mercy such as this.

February 9, 2012 And Now for Something Completely Different...
Recent Comments
0 | Leave a Comment
Browse Our Archives
Related posts from Why I Am Catholic