Memo to the Blog-o-sphere: Saying Atheists R Stoopid is Lame 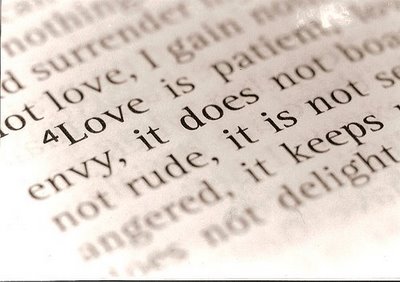 I’m going to go out on a limb here and say that witnessing to atheists, at least in the manner that seems to be popular in the Catholic blog-o-sphere nowadays, is in a sad state of affairs.

Posts thumbing our noses at atheists, posts basically saying that atheists are idiots, and posts attempting to stick their noses in what some believe to be atheist formed pools of pee-pee (I reckon), is pretty much de rigueur.

Oh, it looks like a lot of victory laps, and high fives are being exchanged everywhere in Catholic bubbleland when a good, snarky, post sticking it to the atheists is published. Don’t it feel so goooood y’all? But although folks may think you showed ’em up, and all, it’s not *cough* sharing the Good News. Nor will it ever be perceived as such.

Full Disclosure: I’ve never been an atheist, so I honestly have no idea what standing in their shoes is like. I doubt I’ll ever write a post with “but the modern day atheist thinks…” as a line ever. 932 posts into my blogging career so far, and I’ve yet to do it. Because if faith is a gift, then I received it at an early age. And as for manners, well, my mamma taught me right.

After I was all growed up, and well into my sojourn on planet Earth, in both the military and in the civilian worlds, I’ve had to lead people in my avocations. Both male and female, from various races, and creeds, with various and sundry backgrounds, all joined together striving towards the completion of goals and missions, most of which I had no say so in deciding upon.

Guess what? Never once was I taught, either by example, in a classroom setting, or by experience, that the most effective way to lead folks is to make fun of them. Shocking, huh?

In fact, I learned plenty from “leaders” who tried that approach and failed miserably, both in the military, and in the business world. They were called bullies. You know the type. You’ve worked for them, and you’ve suffered under them, but you never, ever, wanted to follow them anywhere. Unless it was into a dark alley, and you had a baseball bat at the ready.

I was always taught that the best leaders lead by example. And all leaders lead in that manner, even when they haven’t got a clue. I gained just as much knowledge of leadership from serving under poor leaders, on how not to be a leader, as I did from serving under good ones. Someone somewhere wrote a post recently about how Christ does not call us to be leaders, but to be followers (I can’t find it, but share it if you know the one I mean). Leadership that ignores the importance of followership in the service of Our Lord and King is doomed to fail.

“But Frank, the atheist’s arguments are ridiculous, man. Besides, they seem so full of themselves. I gotta do something about it.”

Yes you do, but I doubt it can be done in a combox, or in a blog post, or in a YouTube video. But if it can be done in those ways, it can’t be done by trying to “one up” atheists in a game of I’m smarter than you are, nanny-nanny boo-boo. The clash of cold steel in the combox during The Reasoning Wars may feel right, but it rarely leads would-be evangelists to the prize. Showing how you can out smart the atheists by calling attention to their one dimensional arguments, or whatever? No joy, mon ami.

In a play to beat the bully, see, you become the bully. That is whacked, folks. Don’t be a Catholic troll.

I’ll be honest with folks here and note that I’m not all that fired up to get into knock-down, drag-out apologetic wars between atheists, agnostics, or anyone else, for that matter. Jerks, misanthropes, and meanies of any stripe, rarely make it into the combox here at YIMCatholic. Heck, it’s rare that anyone comments on my stuff as it is. Across the spectrum from the Atheist from Hell to the Super Dooper Catholic Who Should Be Pope, though, neither one or any variation in between, are welcome around here. Unless they mind their manners, and play well with others.

“Frank, it’s all about fraternal correction, see? We gotta tell them what is up, man, especially if it stings them a little! I mean, we gotta have some fun here.”

Yes, but by gleefully doing so it seems we completely turn a blind eye to the dignity of their personages, doesn’t it? When administering correctives to them also results in uncharitable rants that fulfill the unbelievers worst nightmares about Christians, and all the atta-boys and back-slapping in the blog-o-sphere does just that, you don’t grow the faith as a result. You’re just spreading seeds on hardened soil, after packing it down further by stomping it with your boots.

Surely I don’t have to convince folks that Christians, Like a Boss (and a Bad One), isn’t exactly the message that Catholics should be putting out there. Stop with the grandstanding, already.

“Frank, what are we to do then? Ignore them?” No siree. Love them. 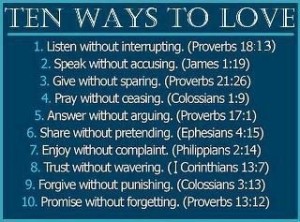 Love the atheists in the same manner that you want to be loved. Think, “Hmmm, would I appreciate pitch-fork and torch waving atheists crashing a Mass at our Church, or a Catholic Blogger convention I’m attending?” And then don’t be the crasher. Pray for them. Until it hurts. And it may hurt, there little pilgrim. In fact, it may get you killed.

God gave us life by suffering death, so we cannot keep this life except by dying to ourselves; and since our reward is to be eternal, why fear constant suffering on earth? —St. Fidelis of Sigmaringen.

As a jarhead, I gotta admit that I love a saint named Fidelis from a town that sounds like Marine. Especially when they say, “stop fearing suffering.”

So love and pray for the atheists, and (possibly) die trying. Why? Because what we are called to do is witness the truth and beauty of the faith to everyone, unto martyrdom if necessary. Not just to atheists, but to the whole world. Ragging on atheists, or for that matter homosexuals, Jews, Muslims, Mormons, Hindis, Buddhists, etc., etc, doesn’t prove to any of them that Christianity is the Way, or that they are loved.

And this we know is the truth. They are loved by God. And by means of his grace, they must be loved by you and me too.

The Bride of Christ says,

The Church reproves, as foreign to the mind of Christ, any discrimination against men or harassment of them because of their race, color, condition of life, or religion. On the contrary, following in the footsteps of the holy Apostles Peter and Paul, this sacred synod ardently implores the Christian faithful to “maintain good fellowship among the nations” (1 Peter 2:12), and, if possible, to live for their part in peace with all men,(Cf. Rom. 12:18) so that they may truly be sons of the Father who is in heaven (Cf. Matt. 5:45).

I am certainly an alien, a weirdo, and a contrarian. I believe everything the Church proclaims to be true. E.V.E.R.Y.T.H.I.N.G. But I certainly never want to be accused of being “foreign to the mind of Christ,” by way of either my words or actions that are directed towards the estranged sons and daughters of God, or anyone else.

Somehow I doubt that “well done, my good and faithful servant” will be the words I’ll hear if I bust on “the haters.”

For even if the lost don’t know who their Father, Brother, and Mother are, see, I do know. As Catholics and Christians, we can’t help them find their way home if we are the very same stumbling blocks tripping them up along the pathway.

We are the Body of Christ. We are his hands, etc, like St. Teresa of Avila noted. What if God was one of us? He is one of us.

But even scarier is the the notion that we must try to be Christ too. Gulp! Pray for me, will ya?

April 24, 2012
Between the Scylla and Charybdis and Apocalypse Now
Next Post

April 28, 2012 Remember John Houseman in "The Paper Chase?"
Recent Comments
2 Comments | Leave a Comment
Browse Our Archives
get the latest from
Catholic
Sign up for our newsletter
POPULAR AT PATHEOS Catholic
1