Between the Scylla and Charybdis and Apocalypse Now

Between the Scylla and Charybdis and Apocalypse Now April 24, 2012 Frank Weathers 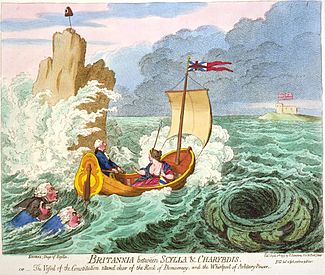 If you are a Catholic News junkie, coming to the internet everyday for your fix of “inside baseball” goings on, here’s a little tidbit: you will be as misinformed as all news junkies everywhere always are.  Bread and Circuses? Welcome to the show.

And if you are riding the Catholic news tide up and down, like some kind of daily check on the status of your personal faith? Fahgettaboudit! Doing so will strip you of your faith in no time. It’s like taking a cruise between the Scylla and Charybdis daily, in the Kobayashi Maru. It’s a no-win situation, akin to tracking the value of your retirement account daily. Stop the obsession!

“Frank,” you argue, “keeping track of  Catholic News is different, man. I mean, it ain’t like reading news from the spawn of Satan, the New York Times!”

But obsessing about Catholic news like you are the manager of some Fantasy Church Militant team is pretty crazy. The news can be shrill, and shriller, moving deftly from a whisper to a scream as quickly as a Shelby Cobra melts a set of Gatorbacks while hurtling from 0 to 60 in 3.9 seconds. Just like being obsessed with the regular news outlets is detrimental to your mental health, the dreaded MSM, the same is true with all this Vatican insider stuff. I mean just the news and commentaries alone on the prodigals of the SSPX or the errant nuns of the LCWF should be all you need to search out to get a feel for what I mean.

Worse, in an effort to grab readers, the commentaries are often as incendiary as the struggle between the Fox News Network and MSNBC. We’ve got Good Catholics over here vs. Bad Catholics over there in an epic struggle to sell more rosaries and pilgrimage trips to your favorite devotional spot on the planet? Not to mention conferences, and books, etc. Oh, you don’t think so? Only the MSM battles for ratings in the struggle to sell more stuff?

Maybe we’re all just so concerned with saving folks souls, that we miss the big picture. Then again, it may look like we’re a heap of heartless Pharisees that have been blinded by planks in our own eyes. I mean,  think of how it looks from the perspective of someone outside of the Catholic bubble. Charitable? Tug-of-wars like these is why theologian Karl Rahner, SJ said (way back in 1959), “it is no wonder, then, if people outside identify Christianity with the ghetto, and have no desire to get inside it; it is the sheer grace of God if anyone ever manages to recognize the Church as the house of God.”

Time for a quickie prayer: Have mercy on me Lord, a sinner!

Max Lindenman noted recently that it seems like every six months or so, something scandalous pops up to make him feel like jumping ship, never to return. Things are like that outside the Catholic bubble too, you know. I remember after college, when I eventually settled into a management position (after bailing from the stock brokerage gig), the same eerie frequency of biennial scandal occurred, like clockwork. Someone from Finance, who you never would have suspected, got busted for embezzlement; a truck driver with long tenure got caught stealing freight, etc., etc. It’s like ‘ol Qoheleth was inspired to say long, long ago, “There is nothing new under the sun.” Our fallenness is always with us.

Most of the stuff that happened, though, didn’t really effect me or my operation directly. It was more like noise in the background, like much of todays news here in the bubble. When it did impact me directly, the situation had to be dealt with promptly, because quite frankly the show had to go on. The work must continue. Freight still needed to be hauled, picked up, and delivered. No time for endless reflection at Sir Topham Hat Trucking. Call in Human Resources and keep the wheels rolling. 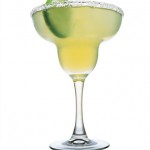 So I have a suggestion I would like to whisper to you today in my best impersonation of a National Public Radio announcer. Imagine  Terry Gross  from Fresh Air saying the following:

If all the reports of the tug o’ war between the Righteous Righties on the Right is making you feel sea sick, or if chasing unicorns with the Lascivious Lefties on the Left makes you recoil in horror, I suggest you unplug, take a break, and go get some fresh air. Have a margarita, and remember why you are Catholic for the long run. Remember the meaning of the word. Remember that the life of the Christian is a vocation, not an easy street.

Okay, back to your regular voice. Perhaps you are starting to feel like the bumpkin who got sold a bill of goods in the stock market, and has been had. It always looks like a great idea until you put your money in there, right?  And then next thing you know, POOF!

Speaking of the stock market, that is exhibit A for how the negative effects of reacting to the news works, see? Think of your retirement account again.  And don’t give me any guff about how you’re not interested in anything as gauche as the profit motive. Because if that is true, why are you a Christian at all? Because aside from the daily palliatives that the Sacraments provide, which help us to make it through this vail of tears as it is (thank you LORD), they also bring the big payoff of eternal life. That is what’s in it for you, when it is all said and done. Saavy? St. Peter himself said so, and he knows, man, because he was an alien just like us.

But St. Peter was also the first successor to the Founder of the Greatest Investment Company ever, the Catholic Church (giving shares away cheap, since day one). And in one of his first shareholder meetings, he reminded investors that the only news worth paying attention to is the Good News.

Buying the Gospel cheap is the easy part. It’s the holding of the shares for the long-run that is hard. John Meynard Keynes, a famous economist (vilified by conservatives, and yet, a very successful investor in reality) gives us some good advice for sticking the journey out,

The modern organisation of the capital market requires for the holder of quoted equities much more nerve, patience, and fortitude, than from the holder of wealth in other forms.

Otherwise, you’ll wind up being Tweety Bird like the lads sing of here,

Next time you get to feeling like a canary in a coal mine, maybe spend some time speaking with our friend, Christ the Lord.  He is our friend, you know. He said so right after the Last Supper. Speaking with him like a friend in need can provide a lot of comfort, either in the adoration chapel, or walking around the block getting some fresh air.

April 26, 2012 Memo to the Blog-o-sphere: Saying Atheists R Stoopid is Lame
Recent Comments
0 | Leave a Comment
"Vaya con Dios, Leonard; Rest in Peace."
AnonCollie Leonard Nimoy Explains The Origin Of ..."
"Thank you for sharing"
Andy To Break My Fast from Being ..."
"I've seen Matt Maher live four times...twice since this song was released. I absolutely love ..."
Veritas81 WYD Flashback With Matt Maher, And ..."
"Yes, and Dolan should have corrected the scandalous and wrong decison of his predecessor when ..."
sixbunnies Archdiocese of New York Health Plan ..."
Browse Our Archives
get the latest from
Catholic
Sign up for our newsletter
POPULAR AT PATHEOS Catholic
1