Proof that the Robinson Family of “Lost in Space” Were Catholics

Proof that the Robinson Family of “Lost in Space” Were Catholics May 27, 2012 Frank Weathers 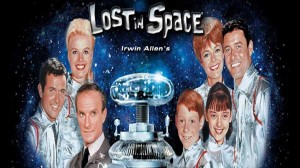 That’s simple. They always saved Dr. Smith, no matter what he did.

Here’s some trivia for you. The series ran for 3 years between 1967 – 1969, pulled down higher viewer ratings than Star Trek ever did, and out of 84 episodes, it’s quite possible that Jonathan Harris uttered the word “creature” in every single one of them.

Well, for 45 episodes, for sure. Go watch them all on Hulu. Your kids will love them.

Kudos also for the premise of colonizing the universe as a solution for overpopulation. An enlightened, Christian humanist approach, compared to abortion, the pill, forced sterilizations, and death panels; especially in light of the myth.

May 27, 2012
Can Mary Ann Glendon Change the President's Mind on the HHS Mandate?
Next Post

May 28, 2012 For A Few Thoughts On Memorial Day UPDATED
Recent Comments
0 | Leave a Comment
"Vaya con Dios, Leonard; Rest in Peace."
AnonCollie Leonard Nimoy Explains The Origin Of ..."
"Thank you for sharing"
Andy To Break My Fast from Being ..."
"I've seen Matt Maher live four times...twice since this song was released. I absolutely love ..."
Veritas81 WYD Flashback With Matt Maher, And ..."
"Yes, and Dolan should have corrected the scandalous and wrong decison of his predecessor when ..."
sixbunnies Archdiocese of New York Health Plan ..."
Browse Our Archives
get the latest from
Catholic
Sign up for our newsletter
POPULAR AT PATHEOS Catholic
1