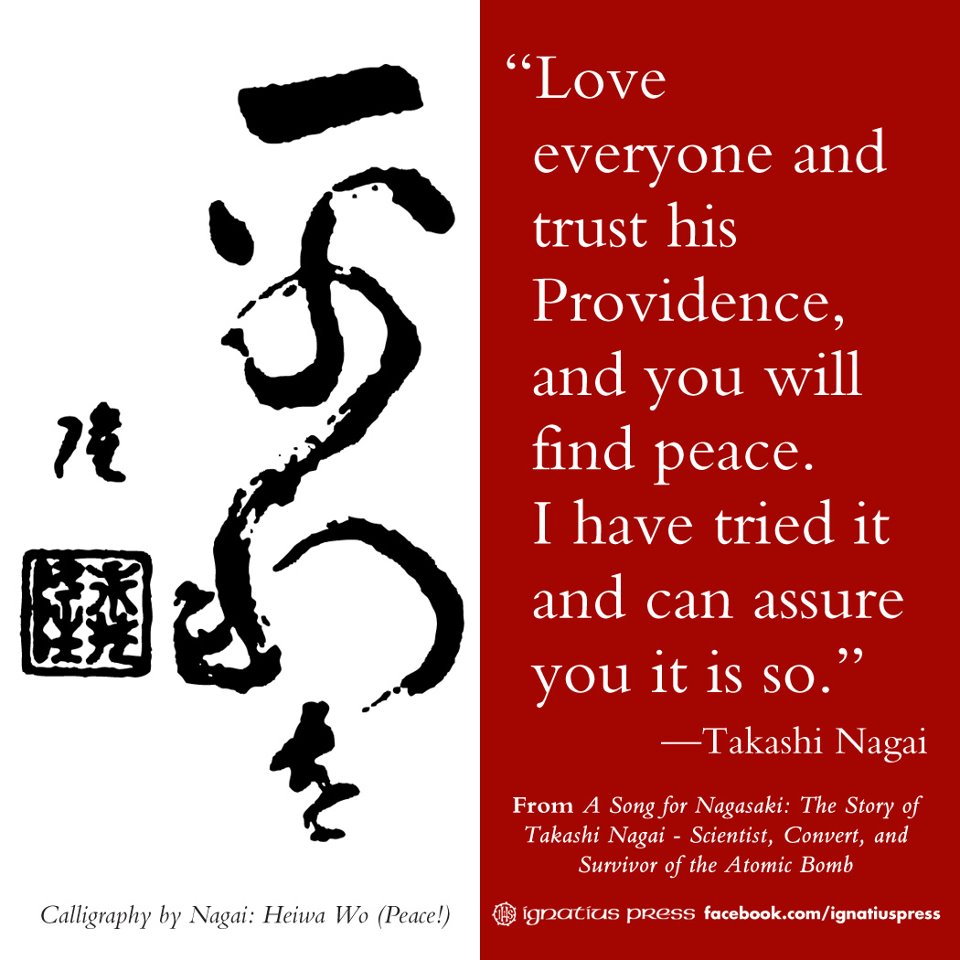 You know, like soon after their city has been devastated by a nuclear bomb. Catholics, being fallen human beings, say other stuff that is less encouraging too. But thoughts like the ones above are timeless, beautiful, and true.

I have faith that I will meet Takashi Nagai in person one day.

Which reminds me! My friends Ian and Dominic Higgins are busting their buns trying to squeeze the film version of Nagai’s life into the can before the next anniversary of the Nagasaki bombing rolls around (August 9). I’m talking about All That Remains.

Through the generous support of folks like you, they have really been pulling out all the stops to make this amazing true story a visually stunning one as well.

In this short clip, learn a little bit about Nagai the man, and the film.

Catch up on what the crew are doing over at the Production Blog.  Did you miss the end of the last Indigogo fundraising campaign? It’s not too late to help them make this picture. If you have some spare change, throw it in the jar right here.

Be a patron of “Christian Art That Does Not Suck.™” You’ll be doing a good thing.

June 4, 2012
Brad Miner Saw "For Greater Glory" This Weekend, and A Book Recommendation Too UPDATED
Next Post