Today’s the Day the Music Died (Music for Mondays) 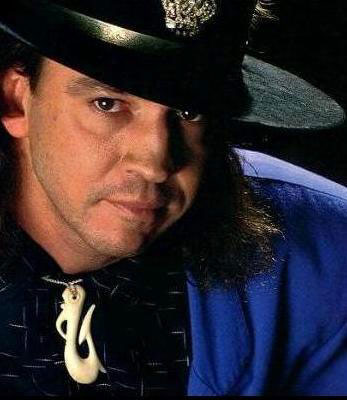 For me, anyway. No, I’m not talking about Buddy Holly, Ritchie Valens and the Big Bopper, who Don McClean sang about in American Pie. No, I mean the day the music died for me. It was on August 27, 1990, when Stevie Ray Vaughn died in a helicopter crash at the age of 35.  SRV boarded a chopper after a show shorty after midnight for a quick hop to an airport, only the pilot flew into a low hill and  the best guitar player in the world was taken from us.

Jimi Hendrix, you say? Stevie could do Jimi.

B.B. King, you counter? Stevie could play like that.

Strung out and drug depressed? SRV had been there.

And back from the brink? SRV had done that.

Is he in heaven bound? Methinks yes.

August 26, 2012
Neil Armstrong and the Landing of the "Eagle" UPDATED
Next Post

August 31, 2012 The "Friendly Atheist" On Muddled Pro-Life Arguments By Conservatives UPDATED
Recent Comments
0 | Leave a Comment
Browse Our Archives
get the latest from
Catholic
Sign up for our newsletter
POPULAR AT PATHEOS Catholic
1