For “the Didache” Voters’ Guide

As the presidential election starts looming large on the horizon, it’s time to dust off the voters’ guide I wrote about last November. As such, I’m relaunching this post on the handy little guide from one of the earliest of all Christian writings.

I’m not really big on following politics nowadays. You could call me a bad Catholic for that, but I would argue that I have a million other more important things to do with my time than keep my fingers on the pulse of the American political scene.

To name the first couple, how about saving my own soul and the souls of my family? Besides, once you inform yourself on Catholic teachings, it’s pretty easy to skip most of the phoney-baloney electioneering and make informed Catholic decisions in the ballot box. And if you can’t remember them all, you can find the highlights to help you out in a trusted source from the early Church: the Didache.

Written sometime between 60 and 90 AD, the Didache is the earliest catechism of the faith, as Rod Bennett explains in his excellent book Four Witnesses, The Early Church in Her Own Words. Look at the dates above again and you’ll notice that this tract was written long before the New Testament Canon was completed. As a matter of fact, it was probably written around the same time that St. Paul was writing his letters to the various churches (or shortly thereafter), which again are prior to the Gospels having been written.

The full title of the tract is The Teaching of the Lord to the Gentiles through the Twelve Apostles, which points to the primary sources as being the Apostles, who as you know were taught directly by Our Lord and the Holy Spirit. So how can they help you muddle through the current political season? May I suggest by not voting for candidates that support what the Church Fathers note in the Didache as being intrinsically evil?

You see, the Didache describes “two Ways,” the Way of Life, and the Way of Death. I bet my learned Chinese friend,  John C.H. Wu, Catholic convert and translator (into Mandarin) of the Psalms, the New Testament, and (into English) Lao Tzu’s Tao teh Ching, turned a somersault when he came across the teachings of the Apostles described as the Way. Of course, he would have seen Christianity described as such in the early letters of St. Peter (our first Pope) as well. For example (bold is my emphasis),

But there were also false prophets among the people, even as there shall be among you lying teachers, who shall bring in sects of perdition, and deny the Lord who bought them: bringing upon themselves swift destruction.

And many shall follow their riotousnesses, through whom the way of truth shall be evil spoken of.

For it had been better for them not to have known the way of justice, than after they have known it, to turn back from that holy commandment which was delivered to them.

For, that of the true proverb has happened to them: The dog is returned to his vomit: and, The sow that was washed, to her wallowing in the mire.

My suggestion then is to vote in the manner that follows the Way of Life, and avoid voting in a manner that supports the Way of Death. How will you know the one from the other? I’ll let the anonymous writer of this ancient tract explain (bold emphasis is mine),

And the way of death is this:

First of all it is evil and full of curse: murders, adulteries, lusts, fornications, thefts, idolatries, magic arts, witchcrafts, rapines, false witnessings, hypocrisies, double-heartedness, deceit, haughtiness, depravity, self-will, greediness, filthy talking, jealousy, over-confidence, loftiness, boastfulness; persecutors of the good, hating truth, loving a lie, not knowing a reward for righteousness, not cleaving to good nor to righteous judgment, watching not for that which is good, but for that which is evil; from whom meekness and endurance are far, loving vanities, pursuing requital, not pitying a poor man, not labouring for the afflicted, not knowing Him that made them, murderers of children, destroyers of the handiwork of God, turning away from him that is in want, afflicting him that is distressed, advocates of the rich, lawless judges of the poor, utter sinners.

Be delivered, children, from all these.

Sounds like a good idea to me. And avoiding those who follow these precepts has the added benefit of freeing up my time for more profitable endeavors, such as the ones recommended in the Way of Life.  It also is pretty short, and can easily be compared to any sample ballot that I need to consult with when I’m at the polls.

You can find the Didache and its full description of the two Ways over at New Advent.

Oh, and before you ask, “must I vote and stuff?,” see the Catechism.

From the CCC, have a look at the duties of citizens.

The duties of citizens

2238 Those subject to authority should regard those in authority as representatives of God, who has made them stewards of his gifts:43 “Be subject for the Lord’s sake to every human institution. . . . Live as free men, yet without using your freedom as a pretext for evil; but live as servants of God.”44 Their loyal collaboration includes the right, and at times the duty, to voice their just criticisms of that which seems harmful to the dignity of persons and to the good of the community.

2239 It is the duty of citizens to contribute along with the civil authorities to the good of society in a spirit of truth, justice, solidarity, and freedom. The love and service of one’s country follow from the duty of gratitude and belong to the order of charity. Submission to legitimate authorities and service of the common good require citizens to fulfill their roles in the life of the political community.

2240 Submission to authority and co-responsibility for the common good make it morally obligatory to pay taxes, to exercise the right to vote, and to defend one’s country:

Pay to all of them their dues, taxes to whom taxes are due, revenue to whom revenue is due, respect to whom respect is due, honor to whom honor is due.

[Christians] reside in their own nations, but as resident aliens. They participate in all things as citizens and endure all things as foreigners. . . . They obey the established laws and their way of life surpasses the laws. . . . So noble is the position to which God has assigned them that they are not allowed to desert it. (This is from the Epistle to Diognetus)

The Apostle exhorts us to offer prayers and thanksgiving for kings and all who exercise authority, “that we may lead a quiet and peaceable life, godly and respectful in every way.”

As for voting for any certain party, there is (of course) no specific injunction, except to vote with an informed conscience.

For another voting guide a little more up to date, see this post from the “democracy of the dead” as well. 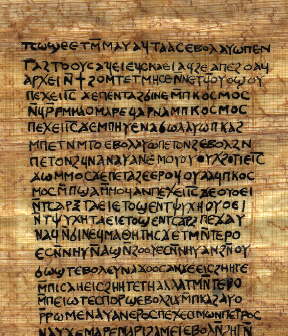 September 16, 2012
A Couple of (Thousand) Christians Show Up For Mass With the Pope in Beirut, Lebanon
Next Post

September 17, 2012 "We Stand for Religious Freedom..."
Recent Comments
0 | Leave a Comment
"Vaya con Dios, Leonard; Rest in Peace."
AnonCollie Leonard Nimoy Explains The Origin Of ..."
"Thank you for sharing"
Andy To Break My Fast from Being ..."
"I've seen Matt Maher live four times...twice since this song was released. I absolutely love ..."
Veritas81 WYD Flashback With Matt Maher, And ..."
"Yes, and Dolan should have corrected the scandalous and wrong decison of his predecessor when ..."
sixbunnies Archdiocese of New York Health Plan ..."
Browse Our Archives
get the latest from
Catholic
Sign up for our newsletter
POPULAR AT PATHEOS Catholic
1