Work of Mercy: Why Not Give Alms to Syrian Refugees?

Work of Mercy: Why Not Give Alms to Syrian Refugees? October 17, 2012 Frank Weathers 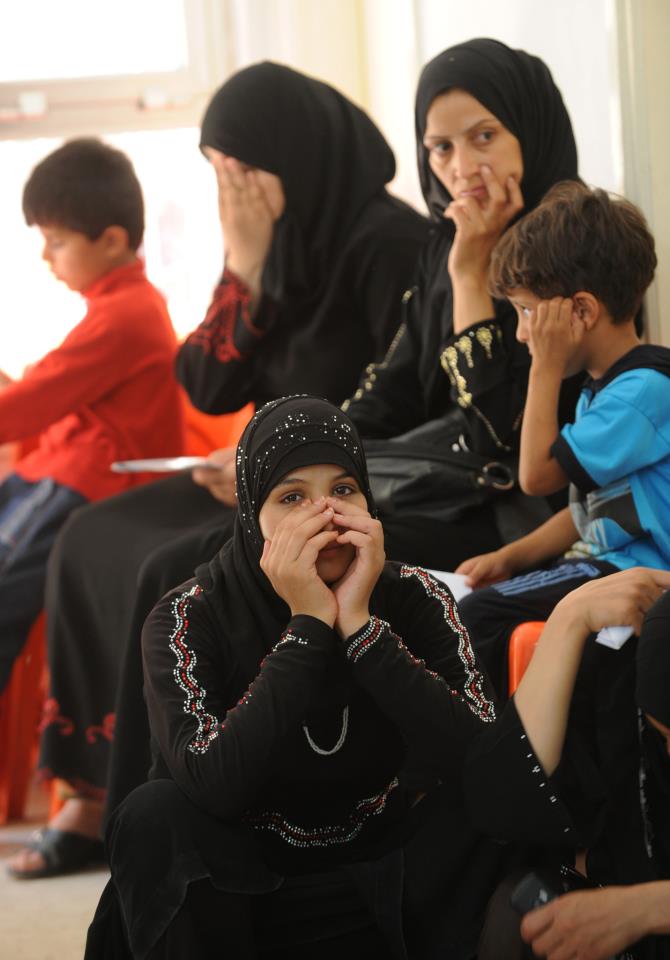 Father Dwight Longenecker has a little post up about rich folk, giving, and something Jesus said about being saved.  Fr. Dwight titled it, and you should really go read it. Check the combox too, for further reading.

You realize, of course, that in terms of material wealth, the Rich Young Man is a pauper compared to us, right? So is Louis XIV, except the Sun King had gobs of power. But he didn’t have hot and cold running water, toilets, electricity, etc., etc.

Then I saw the photograph above, and this story by Kevin Appleby, Director of Migration Policy, for a workgroup called The Middle East Delegation, over at the USCCB website. It’s a report of what’s happening as Syrian refugees flee into Jordan.

The delegation visited Zaatari refugee camp in northern Jordan, where about 35,000 Syrian refugees reside.   Jordan opened the camp in June due to the rising tide of refugees fleeing the conflict in Syria.   Refugees are crossing Jordan’s northern border, many fleeing gunfire from Syrian government forces.  The Jordanian army intercepts them, provides them with food and water, and then transports them to the camp, about 30 kilometers from Syria.  Jordanian officials have generally received high marks for receiving the refugees, which have totaled as many as 2000 a day, but have confiscated their documents, leaving them vulnerable if they return to Syria.  Many of the men bring their families to the camp and then return to Syria to fight with the resistance.  Stories from the refugees detail the horror of the conflict:  families being ambushed at the border and women describing the death of their husbands.  One woman with children had been shot in the jaw; others spoke of the deaths of their husbands and brothers.  One male refugee told the delegation he knew he had to leave with his family when he witnessed the murder and mutilation of his friend, a journalist attempting to chronicle the conflict…

Agencies of the Catholic Church are doing their share.  Both Caritas Jordan and the International Catholic Migration Commission provide services to Syrian refugees in the region, including the distribution of blankets, hygiene kits, and school supplies for children.  In conjunction with local parishes, Caritas operates school instruction in the afternoons for Syrian children, after Jordanian kids are done for the day.

It is clear to the delegation that the situation in Jordan is unsustainable over the long term, unless there is more support from the international community.    UNHCR has resettled only a few emergency Syrian cases, but there are many vulnerable cases that require attention.  Registration of the refugees, required for them to receive basic services, is back logged, due to lack of adequate UNHCR staffing.

Being not prone to “analysis/paralysis,” I headed over to Caritas International’s website and verified that,

Caritas Syria is struggling to meet people’s needs as the conflict situation in the country worsens.

More than a year of conflict has left over one million people displaced in the country. Three hundred thousand have fled Syria, giving rise to increasing humanitarian needs across the region

Pascal Kateb, Director of Caritas Syria said, “The situation for Syrian people is dramatic . We need to do more to help as the humanitarian needs are increasing daily. Although we do our best we are not able to meet all the needs of the people who seek our help.

If you can help them out, please do.

October 18, 2012 What If God Was One of Us, and Drove a Race Car?
Recent Comments
0 | Leave a Comment
"Vaya con Dios, Leonard; Rest in Peace."
AnonCollie Leonard Nimoy Explains The Origin Of ..."
"Thank you for sharing"
Andy To Break My Fast from Being ..."
"I've seen Matt Maher live four times...twice since this song was released. I absolutely love ..."
Veritas81 WYD Flashback With Matt Maher, And ..."
"Yes, and Dolan should have corrected the scandalous and wrong decison of his predecessor when ..."
sixbunnies Archdiocese of New York Health Plan ..."
Browse Our Archives
get the latest from
Catholic
Sign up for our newsletter
POPULAR AT PATHEOS Catholic
1

Pope Francis: Give Disabled the Sacraments
Through Catholic Lenses
Related posts from Why I Am Catholic