Capital vs. Labor and the Ruling Class vs. the Rest of Us = the Same Thing

Capital vs. Labor and the Ruling Class vs. the Rest of Us = the Same Thing December 4, 2012 Frank Weathers 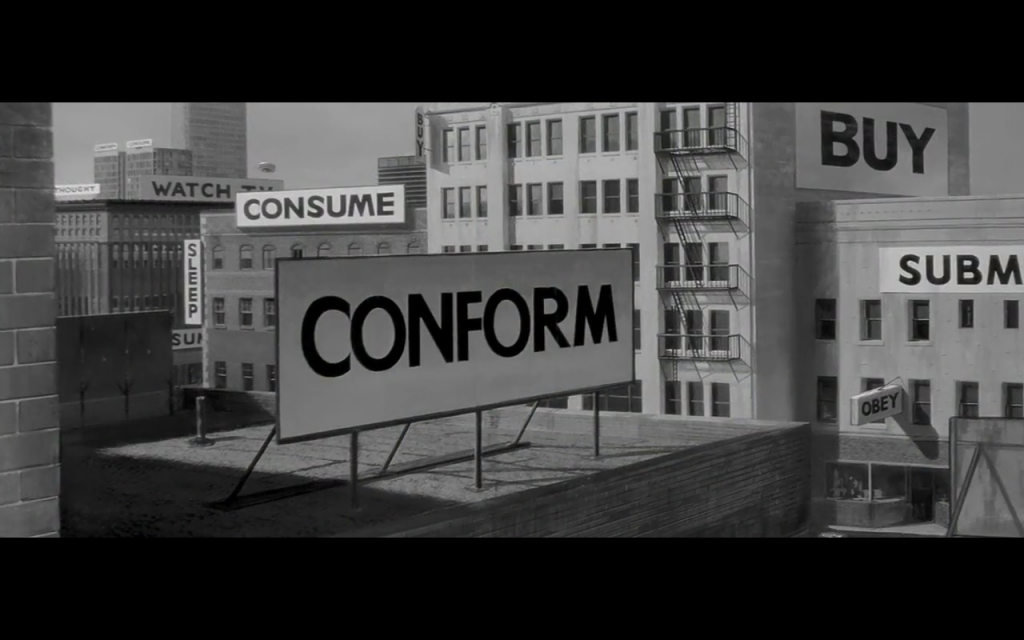 Folks are starting to take notice of this development. Catholic social teaching has always noticed it, especially since the time St. Thomas Aquinas was writing his summas.  And the Church has been outspoken about just wages and the dignity of workers for some time now.

Below is a short video of the fellows over at Yahoo! Finance wondering if it’s time for labor unions to make a comeback. Henry Blodget’s graphs on income inequality (see below) were recently shared by Kevin Knight of New Advent. Check out the discussion,

Yep, there is the ‘ol Costco vs. Walmart example, which was a meme I saw right before Black Thursday(?!)/Friday after the Thanksgiving Holiday. 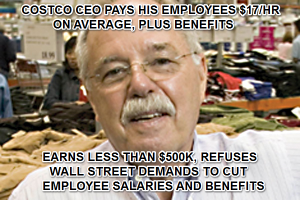 More on that here. This all reminds me of a post I wrote back in January  which was chock full of economic graphs and charts. Like this,

But here are the two graphs that Henry Blodget and Co. spoke about above.

1) Corporate profit margins just hit an all-time high. Companies are making more per dollar of sales than they ever have before. (And some people are still saying that companies are suffering from “too much regulation” and “too many taxes.” Maybe little companies are, but big ones certainly aren’t). 2) Wages as a percent of the economy are at an all-time low. This is closely related to the chart above. One reason companies are so profitable is that they’re paying employees less than they ever have before. What’s wrong is that an obsession with a very narrow view of “shareholder value” has led companies to put “maximizing current earnings growth” ahead of another critical priority in a healthy economy:

Funny, that’s almost exactly what I read in the Compendium of the Social Doctrine of the Church,

The Church’s social doctrine has not failed to insist on the relationship between labour and capital, placing in evidence both the priority of the first over the second as well as their complementarities.

Labour has an intrinsic priority over capital. “This principle directly concerns the process of production: in this process labour is always a primary efficient cause, while capital, the whole collection of means of production, remains a mere instrument or instrumental cause. This principle is an evident truth that emerges from the whole of man’s historical experience”[593]. This “is part of the abiding heritage of the Church’s teaching”[594].

There must exist between work and capital a relationship of complementarities: the very logic inherent within the process of production shows that the two must mutually permeate one another and that there is an urgent need to create economic systems in which the opposition between capital and labour is overcome[595]. In times when “capital” and “hired labour”, within a less complicated economic system, used to identify with a certain precision not only two elements of production but also and above all two concrete social classes, the Church affirmed that both were in themselves legitimate[596]: “Capital cannot stand without labour, nor labour without capital”[597]. This is a truth that applies also today, because “it is altogether false to ascribe either to capital alone or to labour alone what is achieved by the joint work of both; and it is utterly unjust that the one should arrogate unto itself what is being done, denying the effectiveness of the other”[598].

I could spend hours reading stuff like that and following up on the footnotes. Others could go on a screaming tirade either demanding labor unions, or arguing vehemently against them.

Either way, the fact is that the pendulum has swung so far towards the latest iteration of the Gilded Age, and the rampant bonus mentality of Corporate America, with their cozy relationship with our political leaders, that not addressing these arguments is becoming a bit of a human rights issue. The ironic thing? The source of these unsustainable profit margins isn’t just the greedy corporations sticking it to the employees by paying them crap wages.

James Montier of Grantham, Mayo, & Otterloo wrote a paper about this back in March,

When we look at the drivers of today’s high proﬁt margins, we ﬁnd ﬁscal deﬁcits behind the high proﬁt margins of many countries. There is nothing “wrong” with this per se, but it does suggest that moves toward ﬁscal retrenchment will bring margins back toward more normal levels. It seems unlikely that “this time is different” when it comes to mean reversion in margins: what goes up must come down.

Not much solidarity to speak of when gains are privatized while losses are socialized. There is grave injustice taking place, and that wage graph speaks volumes. So does the Church,

Remuneration is the most important means for achieving justice in work relationships.[659] The “just wage is the legitimate fruit of work”.[660]

They commit grave injustice who refuse to pay a just wage or who do not give it in due time and in proportion to the work done (cf. Lv 19:13; Dt 24:14-15; Jas 5:4). A salary is the instrument that permits the labourer to gain access to the goods of the earth. “Remuneration for labour is to be such that man may be furnished the means to cultivate worthily his own material, social, cultural, and spiritual life and that of his dependents, in view of the function and productiveness of each one, the conditions of the factory or workshop, and the common good”.[661] The simple agreement between employee and employer with regard to the amount of pay to be received is not sufficient for the agreed-upon salary to qualify as a “just wage”, because a just wage “must not be below the level of subsistence”[662] of the worker: natural justice precedes and is above the freedom of the contract.

The economic well-being of a country is not measured exclusively by the quantity of goods it produces but also by taking into account the manner in which they are produced and the level of equity in the distribution of income, which should allow everyone access to what is necessary for their personal development and perfection. An equitable distribution of income is to be sought on the basis of criteria not merely of commutative justice but also of social justice that is, considering, beyond the objective value of the work rendered, the human dignity of the subjects who perform it. Authentic economic well-being is pursued also by means of suitable social policies for the redistribution of income which, taking general conditions into account, look at merit as well as at the need of each citizen.

c. The right to strike

The Church’s social doctrine recognizes the legitimacy of striking “when it cannot be avoided, or at least when it is necessary to obtain a proportionate benefit”,[663] when every other method for the resolution of disputes has been ineffectual.[664] Striking, one of the most difficult victories won by labour union associations, may be defined as the collective and concerted refusal on the part of workers to continue rendering their services, for the purpose of obtaining by means of such pressure exerted on their employers, the State or on public opinion either better working conditions or an improvement in their social status. Striking “as a kind of ultimatum” [665] must always be a peaceful method for making demands and fighting for one’s rights; it becomes “morally unacceptable when accompanied by violence, or when objectives are included that are not directly linked to working conditions or are contrary to the common good.” [666]

I’ll end this post with that quote above from the footnote that reminds us of the Mark of the Beast.

December 5, 2012 Judge Cogan Allows NY Archdiocese Lawsuit Against HHS Mandate to Continue UPDATED
Recent Comments
0 | Leave a Comment
Browse Our Archives
get the latest from
Catholic
Sign up for our newsletter
POPULAR AT PATHEOS Catholic
1