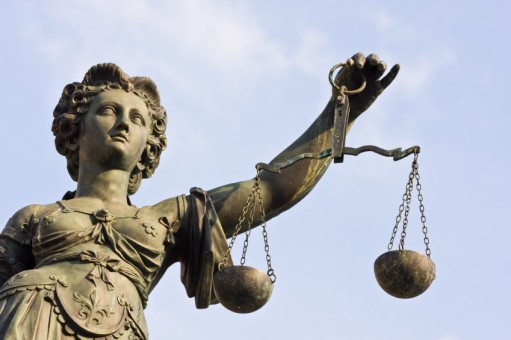 Back in May, the Archdiocese of New York filed suit against the Department of Health and Human Services (HHS) because of the HHS Mandate requiring contraceptive, abortifacient, and sterilization coverage for employees.

The Roman Catholic Archdiocese of New York can proceed with a lawsuit challenging a requirement that employee healthcare plans cover contraceptives, a federal judge ruled Wednesday.

The lawsuit is one of several brought by dozens of Catholic institutions against the contraceptive provisions of President Barack Obama’s new healthcare law.

The U.S. Department of Health and Human Services had said the lawsuit was premature and asked the U.S. District Judge Brian Cogan to dismiss it. Cogan denied that motion on Wednesday, saying the archdiocese was already preparing to incur millions of dollars in expenses in connection with the requirement.

The archdiocese argued in court papers that even though it is unclear what its legal obligations will be once the exemption is fully outlined, it expects to incur nearly $200 million each year in penalties if it is forced to comply with the coverage requirement.

The department had argued it is too soon for the Catholic groups to bring legal challenges to the requirement, since it is not yet certain how, or if, it would harm them once the exemption is fully fleshed out. But Cogan said that uncertainty should not preclude groups like the archdiocese from challenging what could prove to be an onerous burden on both their finances and religious freedom rights.

“There is no ‘Trust us, changes are coming’ clause in the Constitution,” Cogan wrote.

Since the Coverage Mandate does not apply to grandfathered plans, see 42 U.S.C. § 18011(a)(2), defendants contend that Diocese, Catholic Charities, and ArchCare cannot suffer an injury in fact fairly traceable to the Coverage Mandate if they are exempt from its requirements and do not need to change their current coverage.

For the full context of Judge Cogan’s quote about trusting the government, here is the excerpt from the order (bold highlight is mine).

Moreover, the First Amendment does not require citizens to accept assurances from the government that, if the government later determines it has made a misstep, it will take ameliorative action. There is no, “Trust us, changes are coming” clause in the Constitution. To the contrary, the Bill of Rights itself, and the First Amendment in particular, reflect a degree of skepticism towards governmental self-restraint and self-correction. See Florida Cannabis Action Network, Inc. v. City of Jacksonville, 130 F. Supp. 2d 1358, 1362 (M.D. Fla. 2001) (“The whim, self restraint, or even the well reasoned judgment of a government official cannot serve as the lone safeguard of First Amendment rights.”). Considering the extraordinary political passion surrounding the Coverage Mandate from all sides, there is simply no way to predict what, if any, changes to the Coverage Mandate will be made, even if some policymakers favor certainchanges.

Judge Cogan went on to say that the,

plaintiffs here have demonstrated how the enormous changes to their plans required by the Coverage Mandate currently exacerbate their preparation costs. They have also demonstrated that the imminent operation of the Coverage Mandate has already caused them to divert funds from their ministries and, in the case of CHSLI, face increased health care costs for their employees.

Regarding the fact that similar lawsuits have been thrown out in for various reasons in the past, Judge Cogan stated that,

The Court appreciates that other courts have held otherwise. Nevertheless, I conclude that those courts overestimate the significance of the ANPRM (advanced notice of proposed rulemaking) and underestimate the finality of the Coverage Mandate. For example, the Nashville court concluded that “the preventive services regulations, in their current form, will not be enforced against Plaintiffs,” 2012 WL 5879796, at *3, and the Legatus court remarked that “Legatus asks the court to enjoin the Government from enforcing a rule that is not yet finalized[.]” 2012 WL 5359630, at *5. I do not see the basis for such holdings. This case has been pending for six months. The earliest case challenging the Coverage Mandate was commenced over a year ago. The ANPRM was announced nearly ten months ago and entered in the Federal Register over eight months ago. In that time, the Departments have had ample opportunity to enact a meaningful change to the Coverage Mandate. The fact that they have not further suggests the likelihood of injuries to plaintiffs.

The Coverage Mandate is a final rule, see 77 Fed. Reg. 8,730 (adopting the Interim Final rules “as a final rule without change”), and the ANPRM has not made the Coverage Mandate any less binding on plaintiffs. Therefore, this is not a case where an enforcement action is only “remotely possible” or plaintiffs’ concerns are “imaginary or speculative.” See Babbitt v. United Farm Workers Nat’l Union, 442 U.S. 289, 298-99, 99 S. Ct. 2301, 2309 (1979). Even if plaintiffs’ future harms were not sufficiently imminent to be considered injuries in fact, the Court would find that plaintiffs have standing because the Coverage Mandate is causing plaintiffs to suffer present harm. First, the impending effectiveness of future regulations can cause present effects that are sufficient to create standing. For example, in cases where plaintiffs challenged the Individual Mandate of the ACA prior to its effective date, courts focused on “the immediate economic pressure” on plaintiffs “as a direct result of the Individual Mandate.” Goudy-Bachman v. Dep’t ofHealth & Human Servs., 764 F. Supp. 2d 684,691 (M.D. Pa. 2011). Courts found that plaintiffs had standing because they were already incurring the opportunity costs of having to purchase health insurance- such as not purchasing a new car, reducing spending, or diverting money from other business goals. Id. at 691-92. See also Butler v. Obama, 814 F. Supp. 2d. 230, 236-37 (E.D.N.Y. 2011) (collecting cases where standing was found based on plaintiffs’ allegations of”some current financial injury based upon their preparation for the implementation of the Individual Mandate”).

And so the ARCHNY lawsuit against HHS will continue.

You can read the entire Memorandum and Decision Order here, courtesy of the Becket Fund.

December 4, 2012
Capital vs. Labor and the Ruling Class vs. the Rest of Us = the Same Thing
Next Post

December 6, 2012 The Guttmacher Institute Gets Gutshot by the Kid
Recent Comments
0 | Leave a Comment
Browse Our Archives
Follow Us!