While crickets are chirping from purveyors of important news, here’s the scoop on another victory against the HHS contraceptive mandate  in court yesterday.  The Becket Fund shares,

Today, a federal appeals court in Washington, D.C. handed Wheaton College and Belmont Abbey College a major victory in their challenges to the HHS mandate.  Last summer, two lower courts had dismissed the Colleges’ cases as premature.  Today, the appellate court reinstated those cases, and ordered the Obama Administration to report back every 60 days—starting in mid-February—until the Administration makes good on its promise to issue a new rule that protects the Colleges’ religious freedom.  The new rule must be issued by March 31, 2013.

“The D.C. Circuit has now made it clear that government promises and press conferences are not enough to protect religious freedom,” said Kyle Duncan, General Counsel of the Becket Fund for Religious Liberty, who argued the case.  “The court is not going to let the government slide by on non-binding promises to fix the problem down the road.” 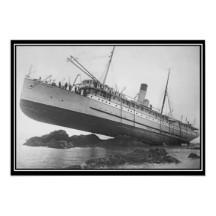 The court based its decision on two concessions that government lawyers made in open court. First, the government promised “it would never enforce [the mandate] in its current form” against Wheaton, Belmont Abbey or other similarly situated religious groups.  Second, the government promised it would publish a proposed new rule “in the first quarter of 2013” and would finalize it by next August. The administration made both concessions under intense questioning by the appellate judges.  The court deemed the concessions a “binding commitment” and has retained jurisdiction over the case to ensure the government follows through.

“This is a win not just for Belmont Abbey and Wheaton, but for all religious non-profits challenging the mandate,” said Duncan. “The government has now been forced to promise that it will never enforce the current mandate against religious employers like Wheaton and Belmont Abbey and a federal appellate court will hold the government to its word.”

Huzzah! Never enforcing the HHS Mandate? Sounds to me like the HHS Mandate has hit a shoal and is taking on water. Scrapping it and moving on to less dangerous waters would be a good idea. Does the Administration really want to drive religious orders like The Little Sisters of the Poor off shore?

As Joel Gehrke of the Washington Examiner notes,

They ruled that the Obama administration must rewrite the regulation by August 2013 and provide updates to the court every 60 days. If the government fails to do so, the lawsuits may proceed. 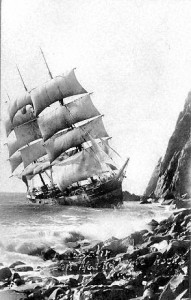 The court also noted that the Obama administration had not made such an expansive pledge outside the courtroom.

“The D.C. Circuit has now made it clear that government promises and press conferences are not enough to protect religious freedom,” The Becket Fund’s Kyle Duncan, who argued the case, said in a statement.  “The court is not going to let the government slide by on non-binding promises to fix the problem down the road.”

Yesterday’s ruling marks the second time in two weeks that a judge has decided that Obama’s promise to change the rule eventually is an insufficient remedy to the religious liberty issues raised by opponents of the mandate.

“There is no, ‘Trust us, changes are coming’ clause in the Constitution,” Judge Brian Cogan wrote in his ruling in favor of the Archdiocese of New York two weeks ago. “To the contrary, the Bill of Rights itself, and the First Amendment in particular, reflect a degree of skepticism towards governmental self-restraint and self-correction.”

I remember when Judge Cogan said that. Here’s praying that it is a sign of what’s to come. 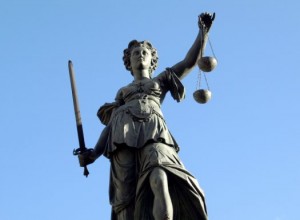 December 19, 2012
Ember Days: What They Are And Where They Went
Next Post

December 19, 2012 Tissue Alert! Read This And Weep
Recent Comments
0 | Leave a Comment
Browse Our Archives
get the latest from
Catholic
Sign up for our newsletter
POPULAR AT PATHEOS Catholic
1