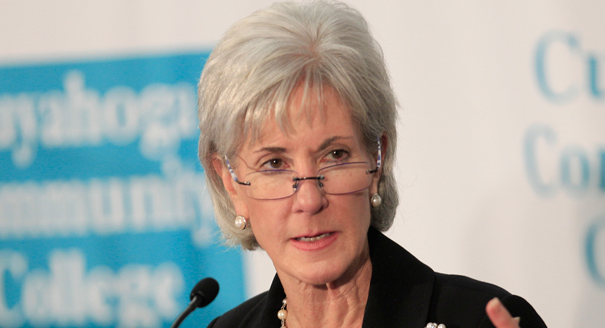 The press release from the Department of Health and Human Services is out. Revisions to the Mandate at this time apply to non-profit religious institutions and their affiliates.

Briefly, the changes make a provision for employees of these institutions to be offered separate coverage for “preventive services” from health insurance companies utilized by their employers, or via another insurance provider if the organization is self-insured.

Here is the press release from HHS,

The Obama administration today issued proposed rules for public comment regarding contraceptive coverage with no cost sharing under the health care law. The proposed rules provide women with coverage for preventive care that includes contraceptive services with no co-pays, while also respecting the concerns of some religious organizations.

“Today, the administration is taking the next step in providing women across the nation with coverage of recommended preventive care at no cost, while respecting religious concerns,” said Health and Human Services Secretary Kathleen Sebelius.  “We will continue to work with faith-based organizations, women’s organizations, insurers and others to achieve these goals.”

With respect to insured plans, including student health plans, these religious organizations would provide notice to their insurer.  The insurer would then notify enrollees that it is providing them with no-cost contraceptive coverage through separate individual health insurance policies.

Additionally, the proposed rules simplify and clarify the definition of “religious employer” for purposes of the exemption from the contraceptive coverage requirement.  These employers, primarily houses of worship, can exclude contraception coverage from their health plans for their employees.

For more information on women’s preventive services and the Affordable Care Act, visit:http://www.healthcare.gov/news/factsheets/2011/08/womensprevention08012011a.html

Here is a pdf file with all 80 pages of the proposal document. Below is a brief excerpt from pages 10 & 11 of the document,

The USCCB’s response? A wise one.

February 1, 2013
WASHINGTON—In response to today’s release of revised regulations for the Patient Protection and Affordable Care Act (PPACA), Cardinal Timothy Dolan of New York, president of the United States Conference of Catholic Bishops, provided the following statement on behalf of the USCCB.

Stay tuned, and there you have it in a nutshell. Religious non-profits are the only organizations that these proposed rules will apply to. HHS is again opening these changes to public comments, so let them hear from you. The document above notes that they received over 200,000 comments the first time around.

Don’t be shy. Meanwhile, the Anchoress is following press coverage of this news.

Catholic Vote: What about businesses?

The Catholic Register/EWTN: Initial conclusions are not promising.

February 1, 2013
The Administration Rolling Back the HHS Mandate? CNN Thinks "Yes."
Next Post

February 2, 2013 Interesting Stuff I Found While Reading the New HHS Mandate Rules
Recent Comments
0 | Leave a Comment
Browse Our Archives
get the latest from
Catholic
Sign up for our newsletter
POPULAR AT PATHEOS Catholic
1

Dark Devotional: The Rise and Fall...
Sick Pilgrim
Related posts from Why I Am Catholic