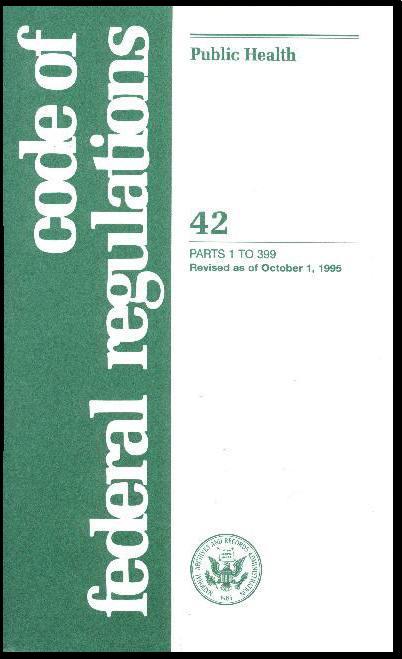 Evening folks. Sorry I haven’t posted anything until now, but I’ve been reading the 80 pages of proposed rules regarding the HHS Mandate. I didn’t really want to, because it’s not exactly Joe Six-Packs’ idea of a “good time.” But seeings how I’ve seen all kinds of reactions to the new proposals, some positive, and some negative, I figured I’d do what the USCCB recommended and read the whole thing.

Better legal minds than mine (I’m Joe Six-Pack, sea lawyer, esq.) have weighed in on the contents of the document, but as the USSCB hasn’t said anything yet, much of what I’ve seen so far (except for this from CNS) sounds more like lobbying (either “for” or “against”).

I learned a few things by reading the whole thing. For instance, I learned that the actual rule proposed to the Code of Federal Regulations is 8 and a half pages long, not 80. Sure, the document released on Friday was 80 pages long, but a big chunk of that was language asking for our comments, along with multiple options of how to tackle aspects of implementation, etc. And would you believe “gender equality” is cited as a reason for the mandate? I wouldn’t kid you, now.

So I went through the thing and have pulled out excerpts that I think you might find interesting. In some cases, I even say a few words.

Pages 10-11, I shared this in the post yesterday when the new proposal was handed down. Contrary to what some have said elsewhere, the new changes aren’t as narrow as they used to be.

Pages 16-17 Again, an expansion to include activities that aren’t just for proselytizing and preaching to / taking care of your own.

The Departments propose two key changes to the preventive services coverage rules codified in 26 CFR 54.9815-2713T, 29 CFR 2590.715-2713, and 45 CFR 147.130 to meet these goals. First, the proposed rules would amend the criteria for the religious employer exemption to ensure that an otherwise exempt employer plan is not disqualified because the employer’s purposes extend beyond the inculcation of religious values or because the employer serves or hires people of different religious faiths. Second, the proposed rules would establish accommodations for health coverage established or maintained by eligible organizations, or arranged by eligible organizations that are religious institutions of higher education, with religious objections to contraceptive coverage.

Pg.22 Yep. Healthcare providers included too. Universities and colleges, charities. The whole enchilada of the churches engaging “the world.”

This proposed definition of eligible organization is intended to allow health coverage established or maintained or arranged by nonprofit religious organizations, including nonprofit religious institutional health care providers, educational institutions, and charities, with religious objections to contraceptive coverage to qualify for an accommodation. For this purpose, an organization that is organized and operated as a nonprofit entity is not limited to any particular form of entity under state law, but may include organizations such as trusts and unincorporated associations, as well as nonprofit, not-for-profit, non-stock, public benefit, and similar types of corporations. However, for this purpose an organization is not considered to be organized and operated as a nonprofit entity if its assets or income accrue to the benefit of private individuals or shareholders.

Pg. 23 Not applicable to for-profit secular employers, but you knew that yesterday.

Pg 25. Enrollment would be “automatic.” This could be troublesome. Why not make it voluntary and optional for the beneficiary? Opt in vs. automatic? Sounds like a “comment” idea.

The issuer would automatically enroll plan participants and beneficiaries in a separate individual health insurance policy that covers recommended contraceptive services. The Departments envision that the issuer would ensure that contraceptive coverage for plan participants and beneficiaries is effective at the beginning of the plan year of their group health plan, to the extent possible, to prevent a delay or gap in contraceptive coverage. The eligible organization would have no role in contracting, arranging, paying, or referring for this separate contraceptive coverage. Such coverage would be offered at no charge to plan participants and beneficiaries, that is, the issuer would provide benefits for such contraceptive services without the imposition of any cost sharing requirement (such as a copayment, coinsurance, or a deductible), premium, fee, or other charge, consistent with section 2713 of the PHS Act. The requirements of section 2713 of the PHS Act, its implementing regulations, and other applicable federal and state law (as well as their enforcement mechanisms) would continue to apply with 01/30/13 26 respect to such coverage. For example, an issuer providing such coverage could use reasonable medical management techniques consistent with 45 CFR 147.130(a)(4).

To fund contraceptive coverage for participants and beneficiaries in self-insured plans established or maintained by eligible organizations at no cost to plan participants or beneficiaries, HHS proposes that the existing proposed FFE user fee calculation, set forth in the December 7, 2012 proposed rule titled “Patient Protection and Affordable Care Act; HHS Notice of Benefit and Payment Parameters for 2014” (77 FR 73213), take into account that an issuer that offers a qualified health plan (QHP) through an FFE (or an affiliated issuer in a state without an FFE) provides such contraceptive coverage by reducing the amount of the user fee. Consistent with Office of Management and Budget (OMB) Circular No. A25-R, the proposed revised FFE user fee calculation (which would result in an adjustment of the FFE user 1/30/13 33 fee) would facilitate the proposed accommodation of self-insured plans established or maintained by eligible organizations by ensuring that plan participants and beneficiaries have separate individual health insurance policies for contraceptive coverage at no additional cost such that eligible organizations are not required to administer or fund such coverage.

Pg 33. A reason for the HHS Mandate that might surprise you. To promote gender equality? Uh-huh.

Pg. 36 Maybe HHS should hire Wal-Mart and Target? They seem to have the market figured just fine. And for a whole lot less than “major medical” coverage.

Given the potentially narrow markets available to the issuers of the contraceptive coverage, the per capita cost of administering this type of coverage may be higher than that for major medical coverage or other excepted benefits. On the other hand, given that a third party administrator would be connecting the plan participants and beneficiaries with the issuer, and there would therefore be reduced marketing costs, the administrative costs could be lessened. HHS seeks comment on the appropriate magnitude of these administrative costs generally, as well as ways of minimizing the administrative costs.

Pg 37-40. Reasonable margins, please. Uncle Sam is picking up the tab. Looks like “at no cost” will cost taxpayers. But you knew that, right?

Pg. 44-45 Religious Designations and rights to “free expression,” I reckon cannot be impeded. That First Amendment thing, you know.

Whether an employer or organization (including an institution of higher education) is designated as “religious” for these purposes is not intended as a judgment about the mission, sincerity, or commitment of the employer or organization (including an institution of higher education), or intended to differentiate among the religious merits, commitment, mission, or public or private standing of religious entities. The use of such designation is limited solely to defining the class of employers or organizations (including institutions of higher education) that would qualify for the religious employer exemption and accommodations under these proposed rules. The definition of religious employer or eligible organization in these proposed rules is not being 1/30/13 45 proposed to apply with respect to, or relied upon for the interpretation of, any other provision of the PHS Act, ERISA, the Code, or any other provision of federal law, nor is it intended to set a precedent for any other purpose. For example, nothing in these proposed rules should be construed as affecting the interpretation of federal or state civil rights statutes, such as Title VII of the Civil Rights Act of 1964 or Title IX of the Education Amendments of 1972.

Furthermore, nothing in these proposed rules would preclude employers or others from expressing their opposition, if any, to the use of contraceptives; require anyone to use contraceptives; or require health care providers to prescribe contraceptives if doing so is against their religious beliefs.

Skipping ahead now, because a bunch of requests for multiple approaches, all seeking commentary, etc. Getting close to the end now.

The following model language, or substantially similar language, may be used to satisfy the notice requirement of this paragraph:

§ 147.131 Exemption and accommodations in connection with coverage of preventive health services.

(1) The organization opposes providing coverage for some or all of any contraceptive services required to be covered under §147.130(a)(1)(iv) on account of religious objections.

There you have it folks, the Cliffs Notes version of the new proposal. Now we wait while the USCCB analyzes the language.

February 1, 2013
The Administration Issues Changes to HHS Mandate for Religious Institutions and Affiliates UPDATED
Next Post

February 4, 2013 Colorado Catholic Hospital: It Was Morally Wrong to Cite the Wrongful Death Act in Stodgill Lawsuit
Recent Comments
0 | Leave a Comment
Browse Our Archives
get the latest from
Catholic
Sign up for our newsletter
POPULAR AT PATHEOS Catholic
1

Issues with (Br) Alexis Bugnolo, Ordo...
Through Catholic Lenses
Related posts from Why I Am Catholic