Colorado Catholic Hospital: It Was Morally Wrong to Cite the Wrongful Death Act in Stodgill Lawsuit 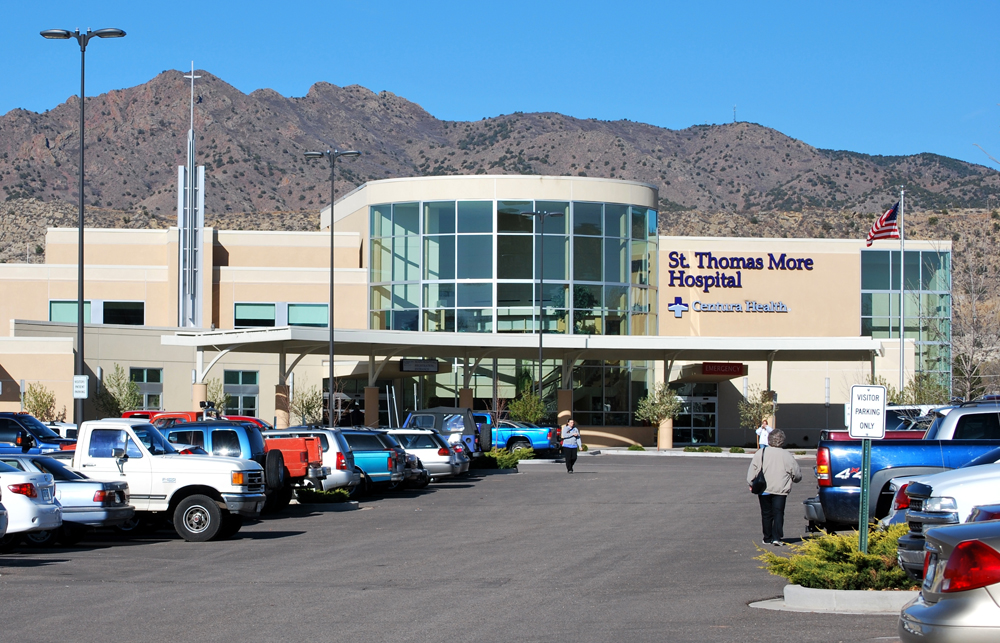 As January was winding to a close, news came out that attorneys for St. Thomas More Hospital in Cañon City, CO had cited the fact that Colorado Law didn’t recognize the unborn as persons. This caused quite a brouhaha, as many of you will recall. Today, the hospital acknowledged that this tactic was a mistake, and one that will not be repeated in the future.

What follows is a press release written by Michael Romano, National Director, Media Relations for Catholic Health Initiatives. It clears the air considerably, and refers to the meetings held recently between the Archbishop of Denver, and the bishops of Colorado Springs and Pueblo in determining the proper Catholic way to proceed in this delicate matter.

Here is the press release in its entirety.

ENGLEWOOD, Colo. – Feb. 4, 2013 — There has been considerable attention and controversy recently involving the lawsuit over the tragic death in 2006 of Lori Stodghill and her twin unborn sons at St. Thomas More Hospital in Canon City, which is sponsored by Catholic Health Initiatives.

Four senior Catholic Health Initiatives executives, including Kevin Lofton, president and chief executive officer, met last week with Colorado’s three top Church officials — the Most Rev. Samuel J. Aquila, Archbishop of Denver; the Most. Rev. Michael Sheridan, Bishop of Colorado Springs; and the Most Rev. Fernando Isern, Bishop of Pueblo. In the discussion with the Church leaders, CHI representatives acknowledged that it was morally wrong for attorneys representing St. Thomas More Hospital to cite the state’s Wrongful Death Act in defense of this lawsuit. That law does not consider fetuses to be persons, which directly contradicts the moral teachings of the Church.

The representatives also unequivocally affirmed CHI’s strict adherence to one of the Church’s most basic moral commitments– that every person is created in the image and likeness of God and that life begins at the moment of conception. It is an unfortunate and regrettable point of fact that Colorado law, as it now stands, fails to adequately protect the rights of the unborn.

Further, CHI expressed support for and solidarity with Lori Stodghill’s husband, Jeremy, and the couple’s daughter, Elizabeth. The prayers of CHI and the Catholic Church have always been with the Stodghill family throughout a heartbreaking ordeal that has now lasted more than seven years.

In their review of the facts in this case, the bishops also affirmed the exceptional care provided to Lori Stodghill at St. Thomas More Hospital. In fact, two courts of law – the Circuit Court in Fremont County and the Colorado Court of Appeals – have supported the position of CHI and St. Thomas More Hospital that nothing done by doctors, nurses and other staff members would have changed this horrible outcome.

Indeed, District Court Judge David Thorson dismissed the case before trial, ruling that the evidence did not “present a triable issue of fact.” While cited as a point of law by attorneys for St. Thomas More Hospital, the Wrongful Death Act, which both CHI and Church officials consider to be unjust, has played no role in the appeal process.

This case is now being considered for review by the Colorado Supreme Court. If the justices agree to hear the case, the Wrongful Death Act would not be among their considerations. The legal argument rests on “causation” – that is, whether or not the medical personnel at St. Thomas More Hospital were negligent in caring for the 31-year old Lori Stodghill, who was 28 weeks pregnant with her twin unborn sons. The Circuit and Appellate courts have overwhelmingly concluded otherwise.

CHI has agreed that attorneys for St. Thomas More Hospital will not cite the Wrongful Death Act, which does not allow fetuses to sue, in any future legal hearings of this case. Although the argument was legally correct, recourse to an unjust law was morally wrong.

Further, CHI officials corrected erroneous information about sanctions against Jeremy Stodghill. Catholic Health Initiatives and St. Thomas More Hospital did not file a lien or pursue a claim in bankruptcy court against Jeremy Stodghill. One of the physician co-defendants, who is not an employee of Catholic Health Initiatives or St. Thomas More Hospital, did pursue garnishment. Mr. Stodghill filed bankruptcy to stop the garnishment.

CHI pledged its firm commitment, as always, to the best interests of patients and its adherence to the moral obligations of the Church, which were not strictly followed in this case by attorneys for the hospital.

Direct link to the press release of Catholic Health Initiatives.

February 5, 2013 What if the HHS Mandate Was For Unfettered Access to Pornography?
Recent Comments
0 | Leave a Comment
"Vaya con Dios, Leonard; Rest in Peace."
AnonCollie Leonard Nimoy Explains The Origin Of ..."
"Thank you for sharing"
Andy To Break My Fast from Being ..."
"I've seen Matt Maher live four times...twice since this song was released. I absolutely love ..."
Veritas81 WYD Flashback With Matt Maher, And ..."
"Yes, and Dolan should have corrected the scandalous and wrong decison of his predecessor when ..."
sixbunnies Archdiocese of New York Health Plan ..."
Browse Our Archives
get the latest from
Catholic
Sign up for our newsletter
POPULAR AT PATHEOS Catholic
1