What if the HHS Mandate Was For Unfettered Access to Pornography?

What if the HHS Mandate Was For Unfettered Access to Pornography? February 5, 2013 Frank Weathers 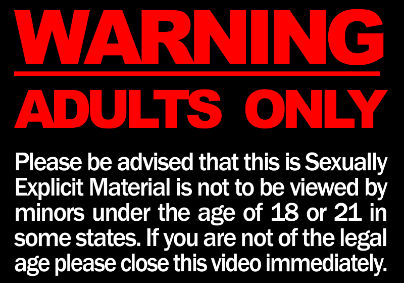 Frank, stop. No way is the HHS Mandate’s proposal anything remotely comparable to the government providing no cost access to pornography. Because the Administration, through the Department of Health and Human Services, would never foist something as degrading to human dignity (as pornography is) on the citizenry as a “good.” Not in our Republic.

Why not, dear reader? Having read the entire HHS Mandate proposal, I was struck how over, and over, and over (ad nauseum, really) I kept reading the phrase, “coverage without cost sharing.” Pretty much whenever you see the word “coverage” it’s followed up with “without cost sharing” every.single.time. Why, in the midst of financial crises, debt ceiling debacles, and run away spending by the government, is it so necessary to provide “preventive health services” for women “without cost sharing” in order to prevent more “unplanned” babies from being born? Reading the proposed rules, it becomes crystal clear that the Administration is pushing the zero population growth agenda, and hard.

Which would put the Administration, and all of the benefit programs in the social safety net, at risk of  being on the wrong side of history. You know, the side that dies out, as Japan (scroll to the bottom of this chart) and China are realizing. And surely you haven’t forgotten Singapore’s experience. After moving heaven and earth to persuade folks to stop having babies, turns out that Singapore can’t even pay folks enough to want to have babies.

So what if the HHS was doing the same thing for pornography instead of birth control? Would the current proposal feel any more creepy to you?

I mentioned in the Interesting Stuff I Found While Reading the New HHS Mandate Rules post, that one of the major problems I see with the new accomodation is the automatic sign ups for employee beneficiaries. Couple that with the “without cost sharing” stipulation and think about if this was for pornography, and the proposal would possibly read something like what follows (Disclaimer! What is block texted below is 100% fictional. Any resemblance to actual government policy is entirely coincidental).

As you may (or may not) be aware, proposed rules regarding access to pornographic services have been in the making for some time now. This letter to you is a notice that marks the next step in this process. As some religious organizations, and individual members of said religious institutions, had problems with accepting our prior rules on pornographic services, modifications have been adopted as noted in the following paragraphs.

The proposed rules would make two principal changes to the health services coverage rules to provide all citizens with pornographic services coverage without cost sharing, while taking into account religious objections to said pornographic services to members of eligible organizations, including eligible organizations that are religious institutions of higher education, that establish or maintain or arrange health coverage. First, the proposed rules would amend the criteria for the religious employer exemption to ensure that an otherwise exempt employer plan is not disqualified because the employer’s purposes extend beyond the inculcation of religious values or because the employer serves or hires people of different religious faiths.

Second, the proposed rules would establish accommodations for health services coverage established or maintained by eligible organizations, or arranged by eligible organizations that are religious institutions of higher education, with religious objections to pornographic services coverage. The proposed rules also propose related amendments to other rules, consistent with the proposed accommodations. The Departments intend to finalize all such proposed amendments before the end of the temporary enforcement safe harbor on August 1, 2013.

Pornographic services will be provided at no cost to you, automatically. You will not even have to search for it, except by consulting TV guides, and by using remote controls. If you currently have access to cable television, all adult pornographic pay-per-view channels will be unblocked and made available to you without cost sharing. Also, by simply having television reception (via cable, or via the airwaves), or internet access via iOS devices, our government, understanding how important this service is to our citizens health and well-being, is making sure that the benefits of pornographic services (understood as dignified, uplifting, and morally good for society)  will be provided by your local broadcasters/ purveyors of media  without cost sharing by no later than the implementation date of August 1, 2013.

Depending on the narrowness of the broadcast/cable/ISP markets in your area, however, the numbers of channels with pornographic services content will vary. We are requesting your comments during the next six months while we seek ways to partner effectively with Netflix, Hulu, Amazon, Apple TV, Yahoo!, Google, et.al.,  to expand access to pornographic services so the benefits of streaming this important, healthy, content, in accordance with this mandate,  without cost sharing, can begin by the deadline stated above without delay.

Did we mention you won’t have to pay for this service? As we feel that pornographic material is vital to the health and well-being of our citizens, parental controls on this programming will be disabled. Your children will not need to ask your permission to utilize pornographic services, as the benefits of utilizing pornography are self-evident to all. Of course, as your conscience dictates, you may decide to forgo the pornographic services provided by the proposed rules on your own.

Furthermore, nothing in these proposed rules would preclude employers or others from expressing their opposition, if any, to the use of pornography; require anyone to use pornography; or require video entertainment providers to supply pornography if doing so is against their religious beliefs.

Ok, back to reality. Does the proposal above sound reasonable to you? Would the Church fight against it? If so, why? Perhaps Blessed John Henry Newman can give us an answer.

…the initial doctrine of the infallible teacher must be an emphatic protest against the existing state of mankind. Man had rebelled against his Maker. It was this that caused the divine interposition: and to proclaim it must be the first act of the divinely-accredited messenger. The Church must denounce rebellion as of all possible evils the greatest. She must have no terms with it; if she would be true to her Master, she must ban and anathematize it. This is the meaning of a statement of mine, which has furnished matter for one of those special accusations to which I am at present replying: I have, however,  no fault at all to confess in regard to it; I have nothing to withdraw, and in consequence I here deliberately repeat it. I said, “The Catholic Church holds it better for the sun and moon to drop from heaven, for the earth to fail, and for all the many millions on it to die of starvation in extremest agony, as far as temporal affliction goes, than that one soul, I will not say, should be lost, but should commit one single venial sin, should tell one wilful untruth, or should steal one poor farthing without excuse.” I think the principle here enunciated to be the mere preamble in the formal credentials of the Catholic Church, as an Act of Parliament might begin with a “Whereas.” It is because of the intensity of the evil which has possession of mankind, that a suitable antagonist has been provided against it; and the initial act of that divinely-commissioned power is of course to deliver her challenge and to defy the enemy. Such a preamble then gives a meaning to her position in the world, and an interpretation to her whole course of teaching and action.

Caesar proposes, but the Church disposes. Or as my friend Thomas à Kempis put it,

For the resolutions of the just depend rather on the grace of God than on their own wisdom; and in Him they always put their trust, whatever they take in hand. For man proposes, but God disposes; neither is the way of man in his own hands.”

February 4, 2013
Colorado Catholic Hospital: It Was Morally Wrong to Cite the Wrongful Death Act in Stodgill Lawsuit
Next Post

February 5, 2013 Is "Emergency Contraception" Licit? The German Bishops Discuss in Light of Recent Events
Recent Comments
0 | Leave a Comment
"Vaya con Dios, Leonard; Rest in Peace."
AnonCollie Leonard Nimoy Explains The Origin Of ..."
"Thank you for sharing"
Andy To Break My Fast from Being ..."
"I've seen Matt Maher live four times...twice since this song was released. I absolutely love ..."
Veritas81 WYD Flashback With Matt Maher, And ..."
"Yes, and Dolan should have corrected the scandalous and wrong decison of his predecessor when ..."
sixbunnies Archdiocese of New York Health Plan ..."
Browse Our Archives
get the latest from
Catholic
Sign up for our newsletter
POPULAR AT PATHEOS Catholic
1