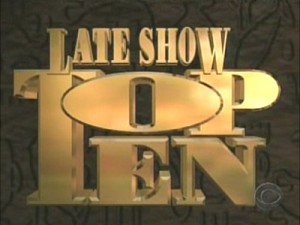 So you’ve read Cardinal Dolan’s letter to the Bishops, and you support the Church’s stance on the HHS Mandate. You agree that it must be rescinded.

You also understand that the purpose of buying insurance is to protect yourself, and your family, from catastrophic loss that you otherwise could not afford to endure. Must I break out the Merriam-Webster dictionary?

1. a : the business of insuring persons or property
b : coverage by contract whereby one party undertakes to indemnify or guarantee another against loss by a specified contingency or peril
c : the sum for which something is insured

2: a means of guaranteeing protection or safety

You understand, then, (and Blaise Pascal, statistician nonpariel agrees) that it is nonsensical to demand insurance coverage to protect yourself from risks that you can avoid easily, and inexpensively, on your own. How inexpensively? Well for free (almost) if you practice Natural Family Planning, but for the sake of argument, what if you (or your friends, co-workers, relatives) don’t?

Of course they are cheap! It’s the American way. I wonder what Wal-Mart charges? And you, dear reader, also hold your liberty dear, see, and not cheap, while others will seemingly sell it for as little as $9.00 a month? Sigh. 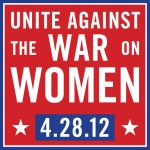 But some of your friends, family, and coworkers are regrettably buying the Administration’s scramble to frame this as a women’s rights issue, hook, line, and sinker. No one likes the idea of being against women, or any other group, you know (unless that group happens to be religious folks like Catholics). Have you noticed the group on Facebook called Unite Against The War On Women? They have 45,010 energized fans since February apparently marshalling forces against I am not so sure who. Evidently conspiracy theories, and a well oiled political machine, is all it takes to persuade otherwise good natured folks to stop thinking and just hop on bandwagons. This must be how the social experiment called “prohibition” came about. Hueristics for the hordes!

So I was very happy to see a list of the 10 Most Cited Arguments in Favor of the HHS Mandate posted by Michael Denton over at the American Catholic blog. Michael’s anonymous (and importantly) female friend penned them, and she explains clearly why here.

I am a Catholic, unmarried, left-leaning centrist, female, 20-something, law student. Not only does this mean that I enjoy those oft-avoided subjects of religion and politics, it also means that no matter what the topic is, I am sure to be able to point you to an entire circle of my friends that will argue with me to the death. Very enthusiastically, in fact.

The Obama/HHS Mandate is the perfect example. Within my various circles, and across the nation, this mandate has simultaneously sparked debate about religious beliefs, Constitutional freedom, political party divides, and the issue of women’s rights, to name a few. These discussions result in recurring arguments made in support of the mandate which have a tendency to surface regardless of which issue was the catalyst of that particular debate. And so, in light of that fact, I present to you the un-official list of the ten most cited arguments made in support of the mandate, and why every one of them fails.

Think of this as a thought exercise that Sun Tzu would be proud of. Getting to know your adversary is very important, you understand. I’ll even get you started with number 10 from her list.

10. “The Church is just opposed to universal healthcare!”

I’ve got news for you: the Catholic Church actively advocates for universal health care. In fact, the Church teaches that health care is a right, not merely a privilege, as articulated by Pope John XXIII in Pacem in Terris (Peace on Earth) in 1963. At an international Papal conference on health care in 2010, Pope Benedict XVI stated that it is the “moral responsibility of nations to guarantee access to health care for all of their citizens, regardless of social and economic status or their ability to pay.” Want more evidence? Look no further than the Catholic Catechism (n. 2288), or the U. S. Bishops’ pastoral letter, “Economic Justice for All” (1986) (nn. 86, 90, 103, 191, 212, 230, 247, and 286.) The examples are countless, and the Church’s official teaching is clear. The issue is not that the Obama administration seeks to provide access to healthcare, the issue is that it wants to compel religiously-affiliated employers to provide health care coverage that runs counter to core doctrinal beliefs.

Go check the rest of the list out, pronto. There are a few suggestions for a couple more in Michael’s combox to boot. A hearty Bravo Zulu to the young lady who penned the list, and three cheers for Michael for posting them.

One last thing. There is another group you can sign on with that stands with you and has over 41,798 fans. Join them today. 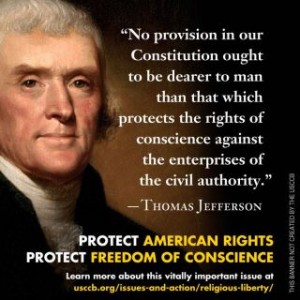 March 6, 2012
Cardinal Dolan's Letter to the Bishops UPDATED
Next Post

March 7, 2012 For Catholic Thoughts on Life and Death Brought About By Tragedy UPDATED
Recent Comments
0 | Leave a Comment
"Vaya con Dios, Leonard; Rest in Peace."
AnonCollie Leonard Nimoy Explains The Origin Of ..."
"Thank you for sharing"
Andy To Break My Fast from Being ..."
"I've seen Matt Maher live four times...twice since this song was released. I absolutely love ..."
Veritas81 WYD Flashback With Matt Maher, And ..."
"Yes, and Dolan should have corrected the scandalous and wrong decison of his predecessor when ..."
sixbunnies Archdiocese of New York Health Plan ..."
Browse Our Archives
get the latest from
Catholic
Sign up for our newsletter
POPULAR AT PATHEOS Catholic
1