“Whereas Distractions are Evanescent, the Religious-Liberty Issue Hasn’t Gone Away” 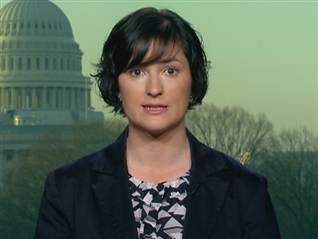 Nor will it, because this is the crux of the matter. These revelations are nothing new to readers of this space. But for those who need more convincing, this post today from James Taranto, of the Wall Street Journal’s Best of the Web feature, The Fluke Distraction, may do nicely. Bold portions highlighted below are mine.

There seems to be wide agreement that the Sandra Fluke kerfuffle handed the left a major political victory. We respectfully dissent.

“Conservatives and those who care about religious liberty should be dismayed by the way the left has been allowed to shield an ominous attempt to expand government power and subvert religious freedom behind a faux defense of women’s rights,” writes Commentary’s Jonathan Tobin, reflecting the despair on the right. A Christian Science Monitor subheadline sums up the triumphalist mood on the left: “Before Rush Limbaugh spoke up, the Republicans thought they had a winning issue on contraception in health-care plans. Now, everyone is on the same side: against Rush Limbaugh.”

The kerfuffle was no fluke but a left-liberal set piece. It started 2½ weeks ago, when the House Oversight and Government Reform Committee held hearings on the ObamaCare contraception mandate and its implications for religious liberty. The Washington Examiner’s Byron York reports that Democrats originally chose Barry Lynn of Americans United for Separation of Church and State over Fluke to testify for the anti-religious-liberty side.

Then they sandbagged the Republicans. They asked, too late, for Fluke to be subbed in for Lynn, then told Lynn not to bother showing up. When the hearing took place, Rep. Carolyn Maloney (this columnist’s congressman, but don’t blame us) demanded: “Where are the women?” Although it was the Dems who chose Lynn over Fluke and the second panel of witnesses included two female members, liberal media dutifully propagated the “Republican sexism” charge. A week later, House Democrats held a mock hearing where Fluke testified.

Like Cindy Sheehan, Fluke was a left-wing activist cast in the role of everywoman (or as much of an “everywoman” as a student at an elite law school can be). “Fluke has a long history of feminist advocacy,” reports the Daily Caller: “While [an undergraduate] at Cornell, Fluke’s organized activities centered on the far-left feminist and gender equity movements. Fluke participated in rallies supporting abortion, protests against war in Iraq and efforts to recruit other womens’ [sic] rights activists to campus.” She even got a bachelor’s degree in something called “Feminist, Gender, & Sexuality Studies.”

“Without insurance coverage, contraception, as you know, can cost a woman over $3,000 during law school,” Fluke said in her testimony. But last Tuesday The Weekly Standard’s John McCormack debunked the claim:

Nine dollars a month amounts to $324 over three years of law school.

…the Wall Street Journal reports on another new survey–taken between Feb. 29 and March 3, and thus coinciding with the Fluke distraction…The poll gave a mixed picture of [President] Obama’s efforts to require most employers to cover contraception in their health-care plans. It found wide support for the U.S. government requiring employers to offer free birth control coverage, with 53% supporting the policy and 33% opposed. But support dropped sharply, to 38%, when people were asked about the requirement applying to religiously affiliated hospitals and colleges, and having the insurer pay for the cost.

Another telling result is not mentioned in the Journal news story. Each of the questions was asked two ways: with and without mention that the mandate includes “the morning after pill” (the pollsters did not use the word “abortifacient”). The 53% to 33% figure is for the version of the question without the morning-after pill; with it, support drops to 43%, with 43% opposed. Likewise, when the morning-after pill was mentioned in the question about applying the mandate to Catholic and other religious institutions, support for the mandate dropped further, to 34% from 38%.

In other words, the less you know about the ObamaCare mandate, the more likely you are to support it. Being informed of two salient facts–that it includes the morning-after pill and that it is imposed on religious institutions–is enough to sway just under 1 in 5 voters from support to opposition.

Catholics who attend church every week made up 12% of the electorate in 2008, according to exit polls. Those are the voters who are likely to be the best informed on this issue, and probably for whom it is most likely to change their vote. Peggy Noonan noted last month that in 2008 Barack Obama won the votes of 49% of churchgoing Catholics. Obama thus risks alienating a segment of the electorate he can neither take for granted nor afford to write off. You can see why the left would find it more pleasant to talk about Sandra Fluke’s hurt feelings.

If you savor reading about Rush Limbaugh’s comments further, and the breakdown of the vote on the Blunt Amendment, go read the entire piece.

As I have asserted in earlier posts, the HHS Mandate is a calculated vote getting stratagem. It will be up to us to remind folks of this fact, and remind them further that this is an attempt that, whether folks understand it or not, is simply an unconstitutional, and under the radar, naked power grab.

Speaking of the Constitution, use your rights enumerated therein to petition the government for redress of grievances by signing this petition at the White House. By doing so, we can help give the Administration déjà vu, all over again. Sounds like fun, heh? But share the message with all of your friends, whether they are Catholic or not, that the Administration is playing political games with God given freedoms, which Caesar has no claim to.

Don’t just preach to the choir, but reach out and spread the truth.

March 5, 2012
The Truth About the HHS Mandate in 2 Minutes
Next Post

March 6, 2012 Not Sure If Donating to Making "All That Remains" is a Good Idea?
Recent Comments
0 | Leave a Comment
Browse Our Archives
Follow Us!