Foreign Made Ball Bearings Defunded, But the HHS Mandate is Paid For

Foreign Made Ball Bearings Defunded, But the HHS Mandate is Paid For March 7, 2013 Frank Weathers

So much for the idea of using religious liberty as a bargaining chip in the sequester embroglio. Lost in all the excitement of Rand Paul’s filibuster in the Senate, CNS News reminds us that the Republican controlled House chugged along with business as usual.

(CNSNews.com) – The Republican-controlled House of Representatives voted 267-151 on Wednesday to approve a $982-billion continuing resolution (CR) to fund the federal government through the rest of fiscal 2013 that fully funds the implementation of Obamacare during that period.

The House Republican leaders turned aside requests from groups of conservative members to include language in the bill that would have withheld funding for implementation of all of Obamacare, or, alternatively, that would have withheld funding for the Obamacare regulation that requires health-plans to provide cost-free coverage for sterilizations, contraceptives and abortion-inducing drugs.

And skipping to the good part,

The Republican leaders did not include language in their CR to reverse this regulation–even though Boehner himself had declared in a House floor speech on Feb. 8, 2012 that the regulation was a violation of the constitutional right to freedom of religion and that Congress would not let it stand.

The Roman Catholic bishops of the United States have unanimously declared that the sterilization-contraception-abortifacient regulation–whose enforcement will now be carried out with funds approved by the Republican-controlled House–is an “unjust and illegal mandate” that violates the “personal civil rights” of individual Americans.

Good news though! They made headway on putting the kabosh on government funding for foreign made ball bearings!

While the Republican-controlled House did not use the must-pass CR to defund or reverse any part of Obamacare, it did use the CR to accomplish other priorities through defunding.

For example, it prohibited the purchase of foreign-made ball bearings. “None of the funds appropriated by this Act may be used for the procurement of ball and roller bearings other than those produced by a domestic source and of domestic origin,” says the CR.

Patriots, like a Boss. Think of all the good that could be done if Republicans dominated the House with an overwhelming majority. Oh, wait.

Of the 151 members of the House who voted against this CR, only 14 were Republicans. 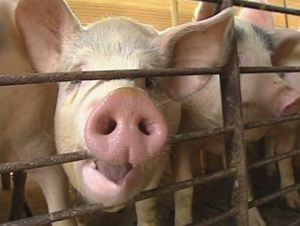 March 7, 2013
Pia de Solenni Will Be On HuffPost Live Talking About "The Church Youth Want" UPDATED
Next Post

March 7, 2013 For All the Saints: Perpetua and Felicitas
Recent Comments
0 | Leave a Comment
Browse Our Archives
get the latest from
Catholic
Sign up for our newsletter
POPULAR AT PATHEOS Catholic
1